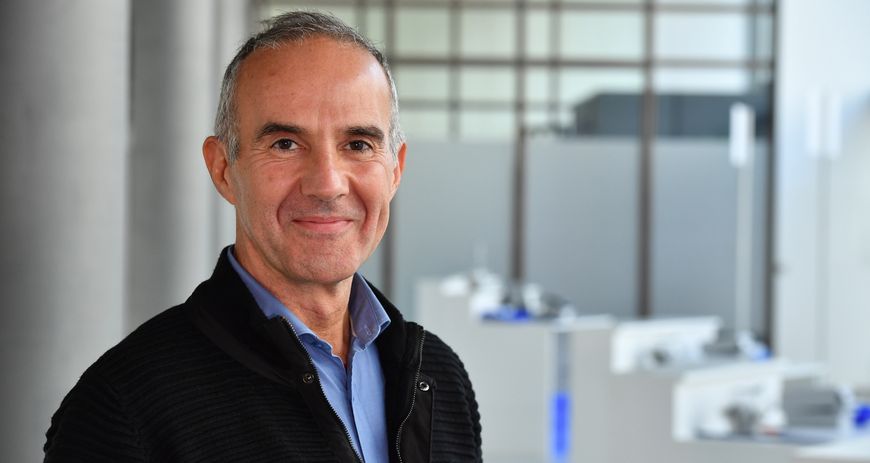 Eduardo Zorita researches the climate of the past millennia. He is considered a renowned expert on climate models. Picture: Jessica Wahl/Helmholtz

Why did you become a scientist? And what has really annoyed you recently? We ask our scientists six intriguing questions. This time with Eduardo Zorita at the Helmholtz-Zentrum Geesthacht (HZG).

My parents and other close relatives had an academic background - I guess this partly per-determined my choices later in life. I always had the idea of becoming a scientist. At school I was interested in astronomy and generally in physics-related disciplines. The option to go for a degree in physics seemed to me somehow natural, and I was lucky that I could pursue it. My parents' background was, however, in the biological sciences, and probably I missed, or at least was always interested, in other fields too. After a Ph.D. in solid-state-physics, I decided that I should try something with a wider scope. At that time, in the mid 80's, climate research was clearly gaining importance, and its variety of fields and methods strongly appealed to me. So I decided to change track after my Ph.D..

The sheer interdisciplinary. In my daily work I am engaged in fields that range from applied mathematics, climate physics, to ecosystem dynamics. I am thus confronted with different ways of looking at research questions, with rather different scientific tools. But I also enjoy (re)discovering the commonalities in the different scientific disciplines. It is a bit like learning different languages: they look different at the surface, but they also point to a common underlying substrate.

I have one immediate goal and one long term goal. The immediate goal is to enjoy every day of work, at least for five minutes. I achieve this goal when I learn something new, when I have one 'aha' experience, even a small one. This is very rewarding. My long-term goal is to quantify and understand our predictability limits, either in the field of climate or in the field of more complex systems in which climate is also involved. Predictions are the ultimate proof of having understood a system, but the understanding of its predictability limits is as important.

Cooperation between institutions and groups is indeed very useful, but the incentives to cooperate should be specific and attached to measurable goals. Otherwise too much effort is not efficiently used.

Darwin, for several reasons. One reason is his influence on the idea of causality, which is very strongly engraved in human thinking: all events must have a cause, either human or divine intervention, or another physical motor. Darwin put forward the idea that randomness, under some circumstances, can also be behind a chain of events that to us seem teleological, but that in reality have no purpose and no specific causality. His ideas, or modulations thereof, had some influence in the development of quantum physics in the early 20th century, and even now in many mathematical methods based on the generation of vast amounts of random numbers. A second, more human reason, is his firm confrontation against the scientific, political and religious establishment of his time. which I find worthy of admiration. The outcome of this confrontation clearly impacted on the view that humans have of themselves, I think this can be more rightly said than for any other scientist.

I am afraid that I also share with other scientists the perception of an increasing and not very meaningful, bureaucratic load.

Eduardo studied physics in Spain before completing his postdoctoral research in the field of climate science in Germany and France. He has been at the Helmholtz-Zentrum Geesthacht since 1996, where he is now a senior scientist at its Institute of Coastal Research. His research activities are also part of the Universität Hamburg’s Cluster of Excellence "Integrated Climate System Analysis and Prediction" (CliSAP). Eduardo is an editor of the journal “Climate Research” and contributed to the Fourth Assessment of the International Panel of Climate Change (IPCC).

At Helmholtz Horizons 2019 Eduardo Zorita will present his innovative research and bold visions. This year’s overarching theme is ‘Climate Change – From Knowledge to Action’.