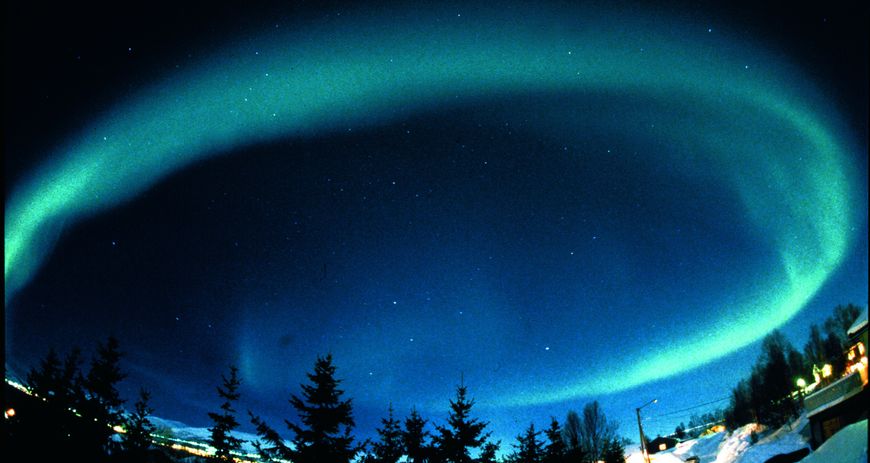 Bathing in daylight to ward off winter gloom

We’re now in the shortest days of the year, when even at our latitude we hardly have any daylight. How does this “dark time” affect our mood? How might bathing in daylight help us and how does Rudolf Denkmann, head of a research base on the Arctic island of Spitsbergen, cope without any natural daylight at all?

Rudolf Denkmann has not seen the sun for a long time. He leads a Franco-German arctic research base in the Norwegian village of Ny-Ålesund on the island of Spitsbergen. The base, shared by the Alfred Wegener Institute - Helmholtz Centre for Polar and Marine Research and the Institut Polaire Français Paul Emile Victor, is in darkness from 24 October to 18 February. This is Denkmann's second winter in the Arctic, and he says he has got used to months without daylight: "Here we have the northern lights, the stars and the moon - together they're almost lovelier than the sun".

But months of darkness represent a challenge for the body. This is partly due to disturbances in production of the sleep hormone melatonin, produced by the pineal gland. The release of this hormone is inhibited by light - and we often get too little of that in winter. Artificial light from daylight lamps can serve as a replacement for sunlight. The light they produce imitates daylight in terms of composition but is far brighter, emitting up to 10,000 lux instead of the 500 lux that is usual in a day-lit room.

To be effective, the light has to reach the retina. Studies have shown that sunlight baths, particularly in the morning, can reduce depression. The results have been so conclusive that daylight lamps are now widely used in treatment therapies, particularly against winter depression, a seasonal affective disorder than can recur every year. People are more likely to suffer from the disorder if they live in high-latitude areas. Patients report that that their symptoms are most acute when the days are at their shortest. They may have mood swings and cravings for high-carbohydrate foods, they may put on weight, be tired during the day, feel anxious, have difficulty in concentrating or need more sleep.

In Ny-Ålesund, the company Kings Bay, which runs the village, has one of these daylight lamps. Denkmann never sits in front of it, however. He is well aware of the depressive mood that can creep over his co-workers and colleagues in winter, but he has been in good spirits himself. He says that his work helps him: "We have a very regular daily routine and plenty to be getting on with." He also says that one soon gets used to living every day in darkness: "The offices are brightly lit and we have soft lighting in the cafeteria and corridors," he says. "Last year, the village was also brightly lit because some inhabitants were worried about polar bears - but this year we're saving energy." Denkmann has other ways of fending off tiredness. As well as his large mug of hot chocolate every morning, he finds that socialising keeps his mood up. Every evening, he and the two other members of his team form a convivial, international group as they sit down together, often with their co-workers and researchers from other institutes. During winter, around 30 people live in the village. They play music and games and put on evening entertainments. By the light of the moon, they head out on skiing trips and snow-mobile tours of the local area. They're also planning a big party for the day in February when the sun will finally rise over the horizon.