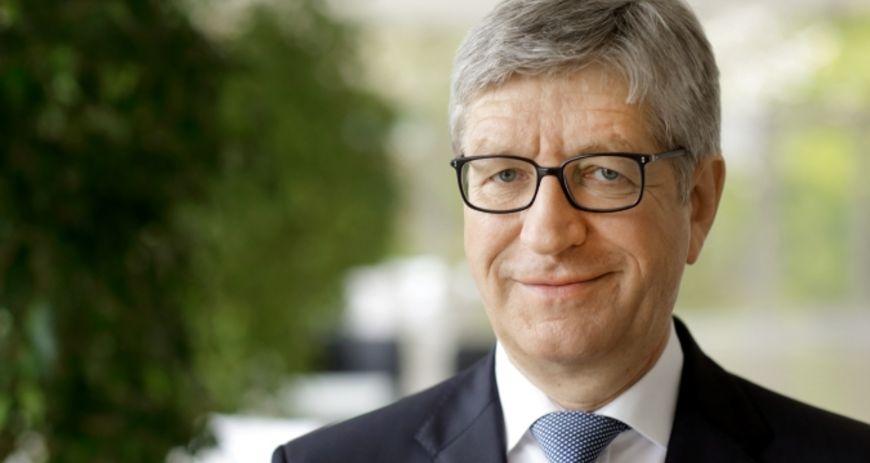 “In the next 20 years, the quantum computer will become a reality”

Quantum technologies will change our everyday lives. But many applications are still in their infancy. We spoke with Wolfgang Marquardt, head of Forschungszentrum Jülich, about what can be expected and how research is organized in this area.

Mr. Marquardt, you said that: “Quantum technology will change our world – in science, industry, business, and everyday life.” Let’s imagine it’s 2040. How will quantum technologies affect our lives?

WM: The future is open-ended, of course. But the potential is tremendous. One example would be an autonomous vehicle that navigates to the centimeter without any link to a satellite. This would be accomplished using a quantum sensor that can measure acceleration with extreme precision and thus always knows where the car is relative to its starting point. But that is just one of many examples. We will be able to measure many other quantities very precisely in extremely miniaturized form. This will make a multitude of new applications possible. Medical imaging will be of much higher quality, and there will be many more potential applications, for example magnetic resonance imaging. Companies know this. Bosch, for instance, is very active in the area of sensors. Over the next 20 years, the quantum computer will gradually become a reality, starting with special applications. Then, once high-performance computers have become established, an increasingly broad range of applications will become available. Quantum computers will solve complex computing problems that are simply insoluble today. For example, they will accelerate the search for active substances in the pharmaceuticals industry, the optimization of highly complex transport systems in real time, and the efficient analysis of very large data sets.

When we talk about quantum technology, are we only talking about the future, or does it already exist?

The technology is already here. There are quantum sensors for the smallest magnetic fields, which will facilitate applications like the next generation of MRI devices for medical imaging. There is also tap-proof quantum encryption. A few small companies offer communication technology based on such encryption. It works across short distances – between bank branches in the same city, for instance. There are projects in Germany and Europe to establish quantum communication networks spanning greater distances – even across continents.

Helmholtz has just developed its own quantum strategy. Why?

Helmholtz is working on aspects of quantum technology in all of its six research fields. We have identified focal points on which we are collaborating across Centers and research fields. The largest is quantum computing. It fits our mission very well because it is a long-term project that ideally meets the criteria for future-oriented research for the benefit of society. We have created a broad base in this area. Which materials and concepts are best suited to constructing qubits, the smallest storage elements in a quantum computer, and which will ultimately be chosen remains to be seen. We are working on several of these technology lines, for example the superconductor qubit, which is particularly advanced – Google is using it for its quantum chip. But we want to use other material systems to develop new types of qubits with advantageous error rate and scalability properties. We are also developing entire systems – at Forschungszentrum Jülich, for example, we are collaborating with partners in Germany and elsewhere in Europe to develop a quantum computer using superconductor chips. The second focus is on quantum communication, which I have already mentioned. In this area, we are primarily working on satellite-supported connections. In these two areas in particular, we aim to establish ourselves as a leading light, and as a future-oriented research company, we want to have an impact on society.

How are the various Helmholtz institutions organized to implement this strategy?

First, we jointly analyzed our current situation. We saw that we had a great deal of competence in quantum technology throughout the Helmholtz Association. We agreed on selected goals in order to pool our resources. You get more out of existing competencies if you network activities. We sorted and structured activities, established relationships between them, and weighted them up to determine which ones we wanted to enhance. We then created a conceptual design for our research activities over the next seven years and introduced a panel of reviewers. Overall, our comprehensive, systematic strategy has received high praise. We now have a plan that can proudly stand on the world stage and will attract attention from the global community.

The quantum computer is a megaproject that requires international collaboration. Are your activities organized at the EU level as well?

Yes. The EU has a flagship project for quantum technology with a budget of one billion euros. The project involves research on quantum computers. We are already involved in the research projects and their coordination.

The competition is in North America and increasingly in Asia. To keep pace, we have to think European and engage in networking. But we also know that Europe’s ability to organize is a challenge. We can only win if a coordinated effort is made to urge the stronger national players on. One of the Helmholtz Association’s goals is to drive this process forward. Our broad competence and immense research capacity puts us in a good position to succeed here. Our strategy allows us to act systemically and with a long-term focus. This means that we are not limited to considering individual aspects and are not just focused on basics or applications. But we are only one of many players, even at the national level. The challenge now is to combine the specific strengths of the multifaceted German scientific system. Helmholtz, Fraunhofer, the Max Planck Society, and the universities must now join together in an organized process, pool their respective activities in quantum physics and quantum technology, and organize these activities to be solution-oriented if we are to succeed with limited resources in global competition. Helmholtz is prepared to contribute greatly to these efforts in order to set an overarching, jointly supported national initiative in motion.