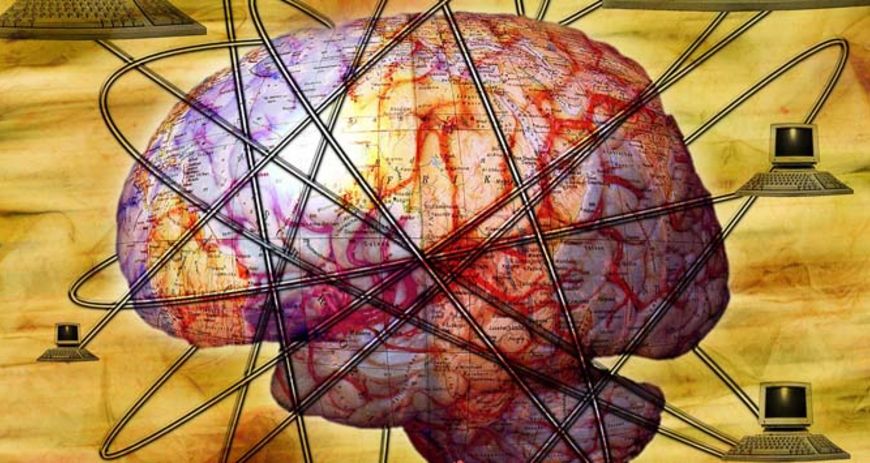 By now computers are capable of converting spoken words into text. But can they also read minds? Tanja Schultz is a computer scientist and head of the Cognitive Systems Lab, which has recently moved from the Karlsruhe Institute of Technology (KIT) to the University of Bremen. She explains:

“The ability to transmit a text message simply through thought remains a vision of the future – even when we at KIT have been conducting research in this regard by reconstructing spoken sounds and even complete sentences from brain waves, and reproducing them via computer as text. The data we needed for this were collected by medical professionals from epilepsy patients who participated voluntarily. It was necessary to open the skull as part of their epilepsy treatment. Doctors then applied a grid of electrodes onto the brain. Patients who had the grid on areas that are responsible for language read texts out loud. The brain signals that were then generated were recorded parallel to the audible language. Then we compared the acoustic to the electronic signals, and on the basis of language recognition algorithms, we allocated certain brain activities to concrete sounds. Thus we were able to automatically convert recorded brain signals on the computer into complete sentences. But it is still not possible to simply think a text message. In our experiments we recorded the brain signals while the patients were verbalising the text. But when someone merely thinks a sentence without simultaneously verbalising it, the brain signals look a bit different. The thing that is particularly missing is the acoustic feedback for comparison of the signals. And we need better sensor technology; it is true that there are devices that measure brain signals from outside in high definition, but the skull dampens and disturbs these signals too much for our purposes. In the future, however, we will still not be able to read those thoughts that just randomly wander through our mind. Our methods access those regions of the brain that are responsible for articulation. In order to become active, words have to be consciously contemplated – in a manner similar to silent reading.”