In the framework of the German EU Council Presidency, the Helmholtz Brussels Office discussed research and innovation activities in the field of artificial intelligence by organising the virtual event “AI in the green digital ERA: Quo vadis?” which took place on 10 November 2020.

Wolf-Dieter Lukas, State Secretary at the German Federal Ministry of Education and Research (BMBF) emphasised the importance of high quality data and stressed the need for common platforms for data exchange in Europe. Helmholtz provides massive amounts of data generated at its large research infrastructures. There are enormous opportunities offered by the application of AI in different fields, e.g. medicine, commented Otmar D. Wiestler, highlighting the key role of AI for the society.

Roberto Viola (European Commission) and Wolfgang Marquardt (Forschungszentrum Jülich/Vice-President of the Helmholtz Association) supported this statement. According to Roberto Viola both AI and computational power will be key to build a greener and more resilient world. Wolfgang Marquardt made clear, that the right hardware is essential to implement the appropriate software used by scientists. This way, , interdisciplinary research can work as an enabler for digitalisation and frontier technological progress. Neuromorphic computing was an important approach in that context. The term refers to computing processes that are performed using neuromorphic chips – analog computing units that learn on the model of the human brain.

The panellists then agreed, that a powerful and efficient ecosystem including stakeholders from science and industry is needed to strengthen AI in Europe and that Europe should - in dedicated focus areas - be able to attract the best AI experts worldwide. Other issues emphasised by Maria da Graça Carvalho (European Parliament), Laure Le Bars (Big Data Value Association/SAP Research & Innovation) and Fabian Theis (Helmholtz Zentrum München/Helmholtz AI) were the importance of maximising access to data, investing continuously in research at the EU level and enhancing AI literacy in the public.

In the end, the guests stressed the important role of the European Research Area in achieving common European goals. The realization of a strong AI ecosystem is “only possible by joining forces and by supporting long-term cooperation at a European level,” said Helmholtz President Otmar D. Wiestler.

The event was followed by more than 350 people from almost all EU countries as well as from Russia, Korea and New Zealand. 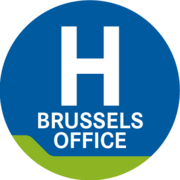 Contribution to the "European Green Deal"

Contribution to the Realignment of the European Research Area