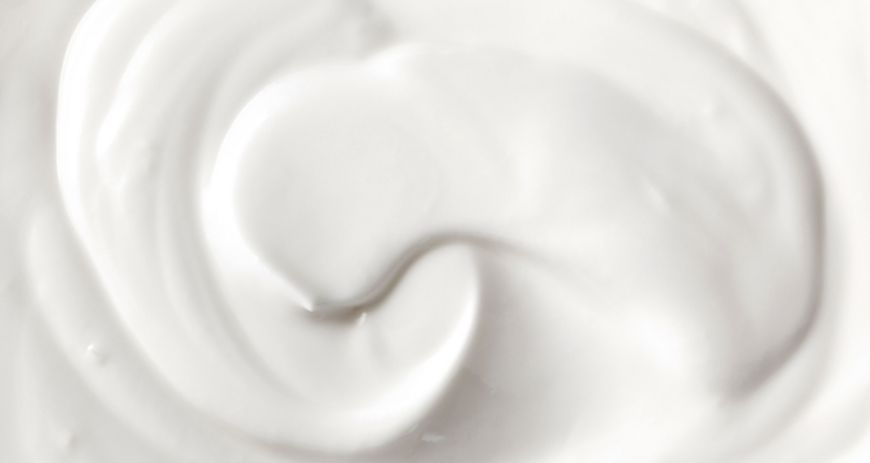 This milk is alive

Yoghurt is on its way to becoming the new star amongst the foodstuffs. It not only stabilises bones and improves the intestinal flora, but seems to also protect brain cells

The next big thing comes from Bulgaria, at least according to biochemist Teymuras Kurzchalia from the Max Planck Institute of Molecular Cell Biology and Genetics in Dresden. News may have gotten around that Bulgarian yoghurt is particularly good for the intestine and digestion. But in July this year, Kurzchalia and his colleagues have verified an entirely unexpected effect for a substance that is present in Bulgarian yoghurt in particularly high concentration due to the special method of preparation: the so-called D-(−)-lactic acid (left-handed lactic acid) protects nerve cells from death through Parkinson's disease. And that is not all. The substance also stimulates the regeneration of nerve cells that are already affected by the disease.

This is only one more of numerous positive effects that are attributed to the yoghurt owing to its copious components. For instance, calcium guarantees bone stability. Vitamin B12 is important for blood formation. Vitamin B6 is required for more than 100 metabolic processes, yet the body cannot fully produce it itself. Riboflavin protects against migraine and has other properties. Because of its components, yoghurt is recommended for old people and babies alike. In 2005, a research team around the nutritionist Michael Zemel from the US American University of Tennessee was even able to demonstrate that the regular intake of fat-reduced yoghurt can help to reduce weight. Other studies indicate that yoghurt prevents high blood pressure. Yet the other effect that has been mentioned with increasing frequency of late is a very different one: the probiotic effect.

Probiotic comes from Greek and means "for life". A probiotic foodstuff contains live micro-organisms. In yoghurt, these are usually lactic acid bacteria. They often are added to milk, where they transform lactose into lactic acid to produce yoghurt. Scientists have assumed for a long time that these bacteria have a positive effect on our intestine and the micro-organisms that live there. Researchers from the Helmholtz Centre for Infection Research in Braunschweig finally verified this assumption in 2007. They had experimented with mice suffering from acute bowel inflammation. The animals' intestine was inflamed; they suffered from diarrhoea and loss of fluids, and quickly lost weight. The scientists added the bacteria strain Escherichia coli Nissle to their food; similar micro-organisms are contained also in many yoghurt varieties. After only a short while, the mice's condition drastically improved and their diarrhoea abated. "When we subsequently investigated the intestinal tissue, we saw that the cells apparently had been stimulated to produce proteins that increase stability", Astrid Westendorf remembers. She had been in charge of the study at the Helmholtz Centre, which was published in the professional journal PLoS One; in the meantime, she has accepted a chair at the University of Duisburg-Essen. In a different study, which had been published shortly before hers, researchers demonstrated that probiotic foodstuffs such as yoghurt can prevent also diarrhoea caused as a side effect of ingesting antibiotics.

The lactic acid bacteria contained in yoghurt have an obviously stimulating effect on the organisms that live inside our intestine, the so-called intestinal flora. Since a few years ago, researchers view these effects as particularly welcome. "It slowly becomes apparent that we have long underestimated the role of the bacteria strains inhabiting our intestine", says Westendorf. More recent studies indicate that the microbiome, as the totality of all micro-organisms inside a human body is called, is not only important for digestion, but is linked also to many other biochemical and biological processes. In March this year, researchers from the Helmholtz Zentrum München demonstrated that the composition of the intestinal flora and its interaction with its environment in children with diabetes-typical antibodies differs from that in healthy children.

"Allergies, diabetes, obesity, inflammatory intestinal diseases - all this seems to be more likely to develop, when the microbiome is not fully intact", says Westendorf. It may well be that disorders in the composition of these micro-organisms frequently is the cause of diseases. This is why thousands of scientists around the globe work on gathering more information about the human being as a habitat and the micro-organisms colonising it.

As early as in 2007, the National Institute of Health in the USA launched the "Human Genome Project" with the aim of decoding also the genomes of all micro-organisms colonising the human body. A group of scientists at the Helmholtz Centre for Infection Research is currently researching how the bacteria living inside us influence the immune system, which in turn may play a role in the development of allergies and inflammatory intestinal diseases.

"Especially the micro-organisms inhabiting our intestine seem to play a considerably greater role in maintaining health and in the onset of diseases than has been assumed until recently", says Westendorf. Ultimately, all this leads us to: yoghurt. For anybody wishing to react to these pending insights already today she recommends a direct path to the supermarket's dairy case: probiotic foodstuffs such as yoghurt can strengthen the microbiome in the intestine. And even if the effect is less than assumed, says Westendorf, "you are sure to do nothing wrong by doing so.

"However, she says, yoghurt is not all the same. The concentration of lactic acid bacteria differs from brand to brand, with some yoghurts even being artificially enhanced with bacteria and advertised as "probiotic", whereas others contain hardly any micro-organisms. Unfortunately, the yoghurt labels do not yet state how many micro-organisms the product contains. The usual amount of lactic acid bacteria ingested with a common portion of probiotic yoghurt is several billion. By contrast, normal yoghurt often contains only several hundred million. Yet even in such small quantities, yoghurt is not only beneficial for us, but probably also for the tenants in our intestine. Moreover, some lactic acid bacteria themselves seem to produce substances that have positive effects on central processes in the body's cells, as the latest discovery regarding the effect in connection with Parkinson's disease indicates.

The problem at the core of Parkinson's disease is likely to be damaged mitochondria, the power plants in every cell. In Parkinson's patients, the mitochondria in certain nerve cells in the brain work less and less until completely ceasing their activity, with the result of cell death. "The D-(−)-lactic acid produced by certain bacteria in Bulgarian yoghurt seems to partly prevent this from happening. In the human body, it is transported to the brain via the intestinal mucosa and the bloodstream, where it then has an effect on the damaged mitochondria", says Teymuras Kurzchalia. He was able to demonstrate in an experiment that the substances help these cellular power plants to regenerate and regain performance. "Perhaps one day we will market a yoghurt enriched with D-(−)-lactic acid", says Kurzchalia with a laugh. "That would then be the world's tastiest drug."