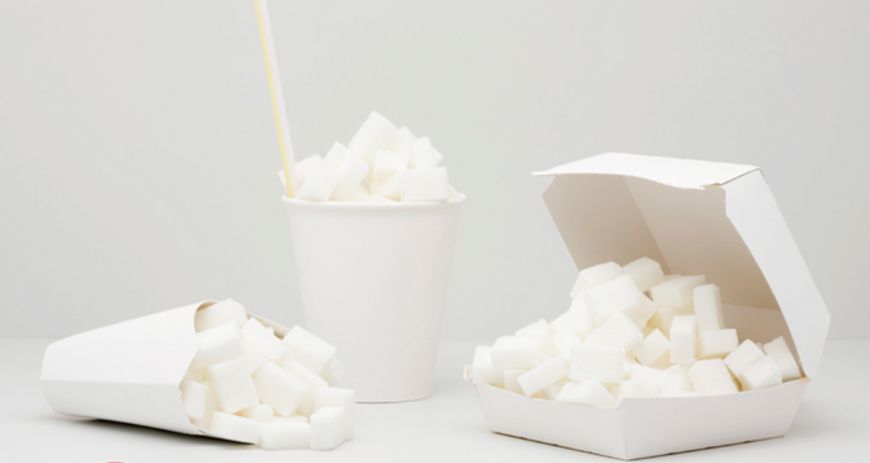 Diabetes is afflicting more and more people – by now at least six million in Germany alone. But what doctors know today is not yet sufficient to get a grip on diabetes mellitus.

Oliver Sonnet had expected that the year would start out differently. Only one day into the new year, and he got a surprising diagnosis during a routine examination with his doctor – type 2 diabetes. “I hadn’t had any complaints up to that point and couldn’t accept the diagnosis at first”, said the 52-year-old shipping agent. In the course of the discussion with his doctor, however, it became clear to him that he was chronically ill and had to immediately start changing a few habits in order to be able to deal with the disease.

Many other people have had similar experiences. The symptoms for type 2 diabetes often develop gradually. But there are other forms of manifestations – type 1 diabetes can make itself known through exhaustion, thirst or an urge to urinate.

The various forms have one thing in common: since they are all metabolic disorders, they all lead to increased blood-sugar (glucose) levels. Sugar is actually an important supplier of energy. It finds its way into cells by way of the blood. If the glucose concentration in the blood increases, the pancreas secretes insulin. This opens a pathway for the glucose fuel into the cells. If an insufficient amount of insulin is produced or if it is insufficiently effective, the cells are only able to absorb a portion of the glucose, causing the blood-sugar level to increase. Diabetics therefore require therapy in order to regulate the blood-sugar level. Otherwise, the danger exists that it could lead to serious damage to the eyes, kidneys, heart or brain.

“Sometime soon in Germany, every tenth person will be inflicted with diabetes – or will develop it in the future.”

Diabetes is not a marginal phenomenon in Germany. Quite the contrary – there are about six million affected today – and the unrecorded cases are even higher. As a guess, for each patient with type 2 diabetes there is another victim with unrecognized diabetes, since the initial symptoms frequently become apparent years later. Matthias Tschöp from the Helmholtz Zentrum Munich is worried about an epidemic: “Sometime soon in Germany, every tenth person will be inflicted with diabetes – or will develop it in the future.” That is ten times as many as only 50 years ago. It is assumed that this trend will increase further, since the current diagnostic and treatment possibilities alone would not be enough to curtail this development.

For this reason, the Deutsche Zentrum für Diabetesforschung (DZD) was founded five years ago – a national association of non-university research facilities and university clinics. Tschöp is the scientific spokesman for the Helmholtz Diabetes Zentrum in Munich, which has assumed a leading role in DZD. The scientists are working on new strategies for recognising the disease early on and treating it individually.

Nine out of ten diabetics are inflicted with type 2 diabetes. The old name, “adult-onset diabetes”, has become obsolete, since children and adolescents are increasingly becoming inflicted with it. While type 1 diabetes involves problems with the production and distribution of insulin, the body cells in type 2 diabetics react insufficiently to insulin. The predisposition to type 2 diabetes is inherited, but overeating and lack of exercise have led to a dramatic increase in diabetes. “Even though it is true that not every overweight individual is inflicted with diabetes and not every diabetic is overweight”, adds Tschöp, “without such widespread obesity, there would be no diabetes epidemic”.

According to Karsten Müssig from the Uniklinik Düsseldorf, excessive blood-glucose levels are trivialised far too often. Because an individual can develop concomitant diseases during this initial phase, it is supposedly important to get to patients as early as possible. “After the age of 50 and given the presence of risk factors such as excess weight or a first-degree relative with diabetes, one should realize that one could have diabetes and should have a corresponding examination”, Müssig recommends, who is also the director of the Klinische Studienzentrum am Deutschen Diabeteszentrum.

In the meantime, Oliver Sonnet has brought his sugar levels down to the normal range through an adjusted diet and sports. “After reducing my weight, I was able to discontinue the medication”, he says. But it is difficult for most patients to change their lifestyle. For this reason, Müssig and his team put together a primary school project three years ago that sensitizes children to the importance of increased movement and a balanced diet. Even though the risk of disease increases with age, the course is usually set much earlier in life. “An overweight adolescent has an 80-percent risk of being overweight as an adult”, says Müssig.

He explains with a simple formula why precaution is the most important weapon against diabetes: the annual costs of therapy for an individual being treated with insulin are almost 1,700 euros. At about half the cost, we could inform a whole school class using a prevention programme over same time period. But are healthy food and more exercise really enough to stop the rapid increase in type 2 diabetes? Matthias Tschöp is also convinced of the benefits of education. But by only changing one’s lifestyle, it would take too long to get on top of diabetes. In the worst-case scenario, it is quite possible that the development can no longer be reversed.

Research scientists have discovered that the interaction between genes and the environment impact our susceptibility to diabetes. External factors determine which gene is selected. Depending on which proteins the body produces more or less of, it can determine whether individuals are more prone to diabetes.

Tschöp primarily ranks what we eat and how we move among the so-called epigenetic environmental influences. What is particularly dangerous here is that these mechanisms are, in part, so pre-programmed that they only take effect in the next generation. In other words – if we only eat hamburgers and sit at the computer all day long today, it could lead to our descendants acquiring diabetes. Pollutants in the air and water, or psychological factors such as stress can also exert an influence – even if they are minimal. Tschöp emphasises that it is extremely important for research in diabetes to understand these epigenetic mechanisms. “Otherwise we would develop therapeutic concepts that perhaps wouldn’t be effective at all for the next generation”.

In the treatment of diabetes, doctors are increasingly focusing on the brain. That is where the control centre is located that not only regulates appetite and satiety, but numerous cellular metabolic processes as well. Drugs that affect the brain directly harbour risks; they can trigger unpredictable side effects such as depression. Diabetologists are therefore attempting to ‘outsmart’ the human brain with hormones. “We are trying to communicate to the brain indirectly with the use of natural intestinal hormones how metabolism should be adjusted”, says Tschöp. The hormone GLP-1, glucagon and GIP combined in a molecule are not only able to trigger increased insulin secretion; rather, they are also able to inhibit the appetite and increase the burning of fat.

“Diabetes is the result of a pathway that all of society has chosen to take”.

Future drugs have to be effective precisely at that location where the metabolism is disrupted without causing damage elsewhere. According to Tschöp: “Only by means of tailor-made treatments for patient sub-groups that are better understood can the common diseases of obesity and diabetes be conquered”. His team has been successful in combining intestinal hormones with the female sexual hormone oestrogen. Oestrogen has a positive effect on the metabolic processes of certain patients, although it can also initiate cancer. By means of the combination with intestinal hormones, the research scientists are able to avoid eventual side effects in that they manipulate individual organs in a manner similar to a Trojan horse: “In pre-clinical studies we have succeeded in both delivering oestrogen on the back of an intestinal hormone to precisely those cells that are involved with metabolism, and keeping it away from those cells in which it would cause damage”, says Tschöp.

Such advances, however, in the battle against diabetes presuppose a better from of diagnosis. Only when doctors know precisely what happens when in which organ, can they control the affected cells in a selective manner. Special biomarkers and sensors should therefore make the individual progression of the disease visible. In addition to physicians today, biologists, chemists, mathematicians and engineers are working towards a future in which every diabetic can obtain   appropriate therapy. Germany is, in that regard, close to taking on a leadership role in diabetes research. But it will certainly involve considerable effort to introduce the latest fundamental research into the clinical routine. Until that time we should not forget, according to Matthias Tschöp, why we still have to battle this widespread disease in the first place: “Diabetes is the result of a pathway that all of society has chosen to take. It has been a long journey that we can reverse only if we quickly develop therapeutic concepts and improved technologies”.