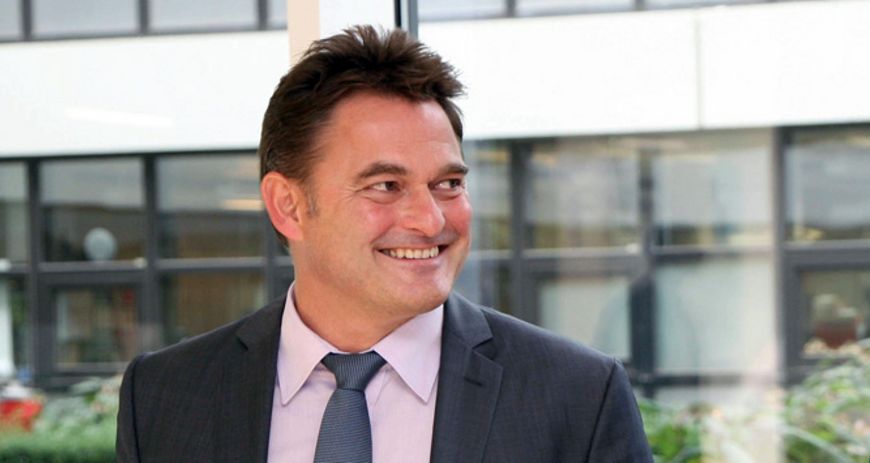 Tackling the root causes of cancer

Andreas Trumpp conducts research on cancer stem cells. Tumours grow out of them, and the dreaded metastases are most likely attributed to them as well. Medical techniques have, to date, been able to do very little to stop them.

“For me, these are the most exciting cells in the entire human body”, says Andreas Trumpp. The biologist from Heidelberg has placed tumour stem cells at the centre of his research work. These uncommon cells are without a doubt dangerous, but they are nevertheless quite fascinating. Billions of cancer cells can emerge from one single cancer stem cell. Tumour cells typically remain in a deep sleep, but they wake up suddenly and become highly active. Even the body’s own immune system is no match for them.

How all of this is possible and where medical research can proceed in the future is what Andreas Trumpp wants to find out jointly with his research groups in Heidelberg. At the German Cancer Research Center (DKFZ) in Heidelberg, the biology professor is head of the Stem Cells and Cancer Department and, simultaneously, also Managing Director of the Heidelberg Institute for Stem Cell Technology and Experimental Medicine, or “HI-STEM” for short. The non-profit limited liability company (GmbH) is financed in equal parts by the Dietmar Hopp Foundation and the DKFZ. It is intended to promote basic research in stem cells and, based on this, to develop new therapies and diagnostic possibilities for cancer patients.

The original notion dealing with cancer stem cells is attributed to two Canadian cancer researchers: Dominique Bonnet and John Dick from the Ontario Institute for Cancer Research in Toronto. They published a landmark study in 1997 focusing on a certain kind of leukaemia. Accordingly, a tumour is not a uniform mass, but, like healthy body tissue, it is hierarchically arranged. At the tip there is an original cell that has, over the course of years, transformed through genetic changes from a normal stem cell into a cancer stem cell.

In the case of leukaemia, a blood stem cell becomes a leukaemia stem cell. When the disease breaks out, this cell can produce billions of less threatening blood-cancer cells without stem cell activity. They develop from pre-cancerous lesions – so-called pre-leukemic cells, whose quantity increases with age. The more there are, the higher the probability that a cancerous cell will develop from one of these cells. This is compatible with the fact that cancer occurs more frequently in the second half of life. “Around the age fifty, the body’s warranty period begins to expire”, states Andreas Trumpp rather succinctly.

The 51-year-old experienced the history of the emergent field of research right from the beginning. After his studies in biology in Freiburg, he transferred to the European Molecular Biology Laboratory in Heidelberg in the beginning of the 90s to prepare his PhD dissertation. “Those four years represented a scientific revelation for me”, says Trumpp. At the EMBL, the abbreviation for the famous institute, the immense potential for the upcoming field of molecular biology became clear to him.

Trumpp then specialised in cancer research at the University of San Francisco. Together with his wife Heidi, a physiotherapist, he stayed on the American west coast for six years. During this period, he worked together with J. Michael Bishop, who had received together with Harold Varmus the Nobel Prize for discovery of the cancer gene in 1989.

In California, two of the three Trumpp children were born: the oldest son is now 20 and is studying biology in Freiburg like his father before him, and the daughter is 17 and is student council speaker. Their youngest son, 15 years old, is also still in school. The young family returned to Europe in 2000. They lived in Lausanne, where Andreas Trumpp was appointed to a professorship and led the Laboratory for Genetics and Stem Cells at the ISREC, the Swiss Institute for Experimental Cancer Research. The Trumpps then moved to Heidelberg in 2008.

With their research results, the scientists led by Andreas Trumpp have since then enjoyed more and more attention. They were not only able to show that the most potent cancer stem cells are frequently in a dormant phase; rather, they were also able to wake up these cells, thus rendering them vulnerable to chemotherapy.

A study involving breast cancer patients made headlines last autumn. This postulates that certain cancer stem cells circulating in the blood system can drastically shorten the life expectancy of afflicted women. The Heidelberg researchers identified the cells on the basis of certain proteins on their surface. The more cancer stem cells found in the blood, the more frequently the patients developed metastases leading to incurable cancer disease. Trumpp hence refers to the cells as metastasis stem cells.

”Of course our goal is not only to make predictions concerning the development of the disease, we also want to help the patient as much as possible”, says Trumpp. This is why his team is currently investigating active substances that inhibit the proteins’ activity. They are still in the beginning stages, but if the approach stands the test of time, it could perhaps significantly increase the lifespan of some breast patients.

In addition to his two jobs in Heidelberg, Andreas Trumpp coordinates the programme “Stem cells in oncology” at the German Cancer Consortium (Deutsche Konsortium für Translationale Krebsforschung). As one of the founders and former president, he is moreover involved with the German Stem Cell Network.

Despite all these professional responsibilities, the active scientist is not willing to give up his hobbies. He likes to cook and loves all kinds of sports: skiing and mountain biking, trekking through the mountains and squash, as well as dancing with his wife. The Trumpps like to travel during their holidays – preferably in African or Asian nations. In September however Andreas Trumpp will most likely make a solo trip: he will receive a prestigious award for his achievements in cancer and stem cell research – at an international congress in Kyoto, Japan.