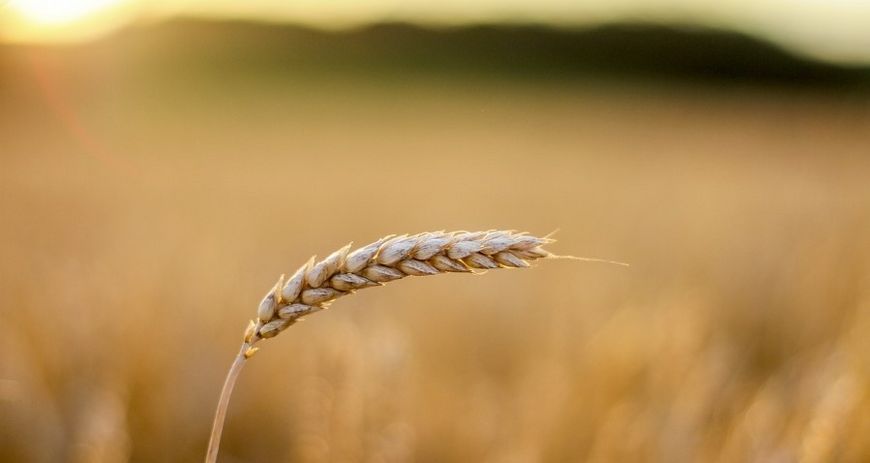 Genetic material of the wheat

Bread for the world

An international research team has succeeded in decoding the genetic makeup of wheat. This opens up great opportunities for nutrition and health: New wheat varieties can feed more people worldwide - and the genome helps to better understand allergies and intolerances.

Together with rice, corn and soybeans, wheat is responsible for about 60 percent of the food consumed by people around the globe - primarily as bread, but also as pasta or even beer. For a long time, however, it was far less well known how the wheat genome is structured. It took more than 13 years for over 200 scientists from more than 20 countries worldwide to decode the genome of this cereal in one of the largest projects in plant research, the International Wheat Genome Sequencing Consortium (IWGSC).

Now the international team has succeeded in taking the next step: Together, they sequenced the genome of 15 wheat varieties representing different global breeding programs. In the scientific journal Nature, they describe the most comprehensive wheat genome atlas to date. This makes it possible to detect genetic differences that may be relevant for breeding - so that wheat cultivation can be further improved.

Because the genome of bread wheat is enormous and complex, complete sequencing was long considered extremely difficult or even impossible. But the researchers succeeded - the result: "The wheat genome has exactly 107,891 genes, about five times more genes than humans," says Manuel Spannagl. He conducts research at Helmholtz Zentrum München and played a leading role in the wheat genome project. "With the reference genome of wheat, we have found a basis on which we can understand, research and improve wheat," Spannagl said. The research group succeeded in nearly completely sequencing the reference genome of wheat by combining complementary sequencing and assembly techniques with bioinformatics algorithms and programs.

Establishing the reference genome could help feed more people around the world in the future - as the population continues to grow, with about 7.8 billion people currently living on the globe. The UN's mid-range estimate predicts that this number will rise to around 9.6 billion people by 2050. "The big challenge for humanity will be to feed that many people under the rapidly changing conditions of climate change without taking up significantly more land," said Spannagl, who is a group leader in the department of "Genomics and Systems Biology of Plant Genomes" at Helmholtz Zentrum München. This will require a combination of many measures, he said: Reducing food waste, switching to lower-meat diets, abandoning biofuels, reducing population growth - and higher yields of crops on existing agricultural land. And that's exactly what could be achieved thanks to the results from the Wheat Genome Project.

The advantage of cereals such as wheat is that they have a great deal of natural genetic diversity. For example, there are wheat varieties that are very resistant to heat, but at the same time do not produce such high yields. On the other hand, there are wheat varieties that can be grown in this country and produce good yields, but are susceptible to heat and dry periods. "With the reference genome, plant breeders can now develop new varieties much more quickly that are better adapted to changing environmental conditions and can, for example, deliver good yields even at higher temperatures," says bioinformatician Spannagl.

But the results from the wheat genome project can not only help feed more people in the future, human health can also benefit. Certain wheat proteins can cause diseases such as celiac disease; a reaction of the small intestine to gluten. And they can cause wheat allergies such as baker's asthma or wheat sensitivity, which can exacerbate inflammatory processes in the body, among other conditions.

It is estimated that up to 15 percent of the population suffers from some form of wheat intolerance. The fight against these allergies and intolerances could get a new boost after the decoding of the wheat genome - after all, researchers hope to be able to identify and breed wheat varieties with less immunostimulatory potential. Together with research groups from Norway and Australia, Spannagl reports, they have found that climate change and the resulting changes in environmental conditions have an impact on the expression - i.e. the translation of genetic information into proteins - responsible for wheat intolerances. For example, higher temperatures were found to increase the expression of glutenins, which are partly responsible for celiac disease.

In the Helmholtz researcher's view, this is why plant genetics is a key technology. "It helps us learn to better understand wheat intolerances and can help more people enjoy wheat products," he says. In the field of nutrition, it also helps us to meet the new challenges posed by climate change.

Lecture by Manuel Spannagl at the Helmholtz-Horizons-Symposium

Press release of the HMGU