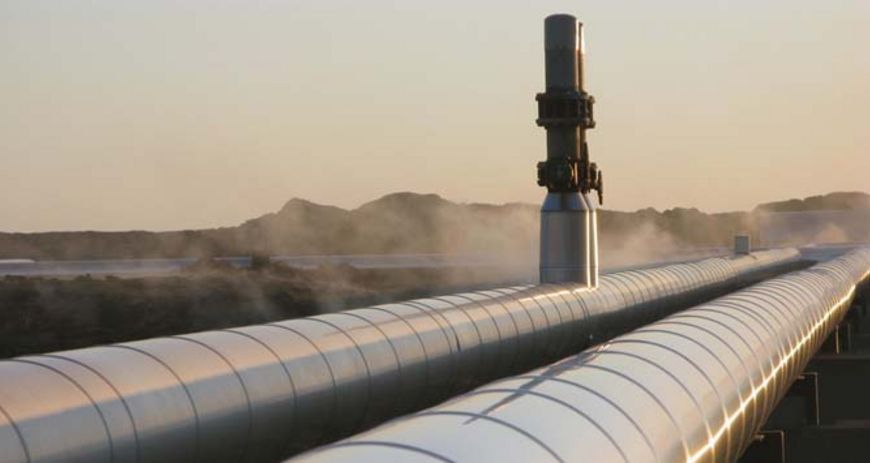 A good argument to speed up the energy transition

Germany is dependent on Russian gas supply. This need not remain the case, says Holger Hanselka, President of the Karlsruhe Institute of Technology (KIT) and Vice-President of the Helmholtz Association

Following its annexation of Crimea, Russia's status has shifted from being a politically reliable partner to the West to being a geopolitically doubtful entity. The West reacted with a few diplomatic sanctions, which at first proved to have little impact. Yet since the disputes in Eastern Ukraine have likewise started to escalate, the group of the seven leading industrial nations, including Germany, France and the USA, have adopted a more severe stance. Earlier this week, the G7 agreed on an energy pact that openly discusses emergency measures for the event of Russian President Putin deciding to switch off gas supplies to the European Union. Such a move would at the same time open up the option for more severe sanctions being imposed on Russia. Yet what would happen, if sanctions were to actually escalate in this manner? Specifically, how would this impact on future energy supply in Germany?

In 2013, according to as yet provisional data, Germany sourced about 38 per cent of its natural gas demand from Russia, 26 per cent from the Netherlands, 20 per cent from Norway and six per cent from other countries. Germany can satisfy only some 10 per cent demand from out of its own production. Consequently, this much is clear: even though Germany has been striving for years to minimise its dependence on Russia and to source the required gas from as many different countries as possible, and even though Germany has the world's fourth largest gas storage capacities, we will be able to buffer the cessation of Russian gas supply only for a very limited time - unless we are prepared to accept austerities for the population and the industry. And this scenario does not even take into account the fact that Germany with its gas reserves is likely to have to support other EU countries in the event of crisis.

Yet how can the existing dependence on Russian gas supply be minimised at least in the long term, if not in the short term? Various options are available: technical, economic and political.

The first and foremost step would be reduction of gas consumption! Lowering gas demand, that is, to both save on energy as well as use the available energy more efficiently, is actually easier and cheaper than finding new suppliers. Natural gas is mostly used for heat generation. Therefore it will be important to invest even more decisively than so far into insulation of residential and industrial buildings - the so-called thermal renovation. Moreover, what we need are more efficient energy conversion processes, for example, modern gas burners for heating buildings.

A positive impact can be expected also from power to gas facilities, which can substitute natural gas with synthetic gas, even though the initial absolute figures will be modest. Biogas likewise contributes to substituting natural gas these days. Accessing the German shale gas reserves by way of fracking, that is, by hydraulic fracturing, could also contribute to easing the situation, as can currently be observed in the USA and Canada. Of course, the potential environmental risks of fracking and the prevalent public scepticism in Germany must be taken into account. Yet what is definitely needed is targeted research and development in all these fields.

In addition to technical solutions, there are economic options available. All countries from which Germany already sources natural gas could slightly increase their supply. However, this would not cover the current Russian supply percentage. Another option would be to resort to imports from non-European countries such as the USA and Canada. Yet since there are currently no corresponding gas pipelines in place, the gas would have to be transported in liquid form. Liquefaction and cooling are technically elaborate and expensive processes. Moreover, Germany does not have in place the required LPG terminals. Experts estimate that the construction of such facilities would take at least three years and, what is more, that LPG will be economically competitive only by the end of this decade.

Lastly, the political options: the crisis in the Ukraine provides good arguments for the energy transition, that is, the planned conversion of the German energy system by 2050, as well as making a compelling case for intensifying the required research efforts. Significant increase of the share of renewable energy sources, increase of energy efficiency, reduction of total energy consumption, installation of storage facilities for electricity, gas and heat as well as thermal renovation of the German building stock: with these measures we not only reduce emission of climate-damaging greenhouse gases. At the same time, we reduce Germany's dependence on energy imports.

As impressive as the list of options may be, it must be realised that there is no patent remedy providing a short-term solution. At least in the medium term, numerous European countries will remain dependent on energy supplies from Russia. It is fortunate, however, that this dependency is by no means one-sided: Russia itself needs these purchasing countries to obtain urgently needed foreign currency. The Moscow government generates half of its revenue through its energy industry. Moreover, Russia is dependent on the import of Western – and not least German – technology to modernise its industry and infrastructure. Looking to the past is equally encouraging: even in the darkest times of the Cold War, Russia has never stopped or artificially tightened its gas supply.

So, hopefully enough time remains for Germany and Western Europe to work on supply alternatives. Time, that must be used now.