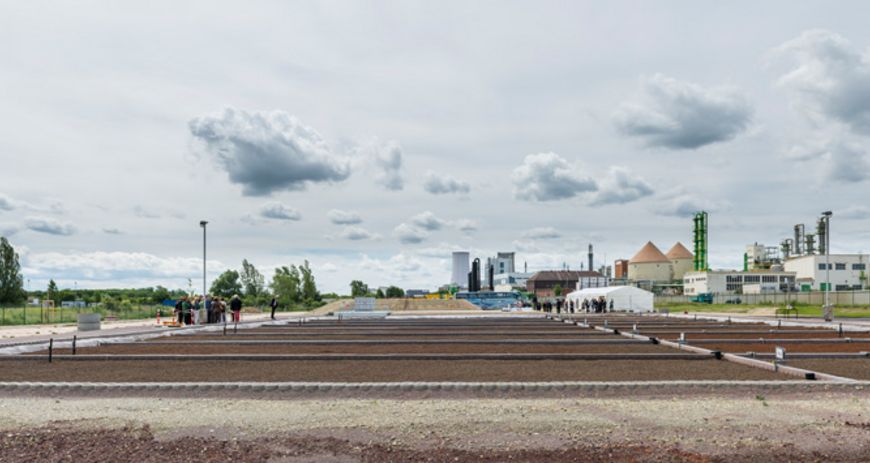 “We can watch nature at work”

The microbiologist Hauke Harms in a discussion regarding the new possibilities in bacteria research – and regarding the issue of how bacteria can clean up even contaminated stretches of land.

Professor Harms, you have been conducting research on bacteria for more than two decades. What, primarily, has your sector brought forward during this time period?

It’s pretty obvious – it’s the fact that today we can examine whole consortia of bacteria and their functional networks with sequencing robots. This has given our research the crucial impetus. When was that? It began around the late 1990’s. Prior to that time we had only been able to investigate individual isolated organisms. In the process, we missed out on essential information concerning how bacteria work together: what for example their food chains look like, how their cooperation functions in detail and who avoids whom. But it’s possible to recognise all these things today – we can, so to speak, watch nature at work.

That sounds fascinating. But is it useful?

Yes, for example, with microbial breakdown of pollutants. How can bacteria do that? A good example is the environmental pollutant methyl-tertiary-butyl-ether (MTBE). That is a hydrocarbon that is used as an anti-knocking agent in petrol; but it can also end up in the groundwater if there is an accident. In the course of just a few decades, certain bacteria have acquired the ability to break this substance down. They are currently being deployed, for example, in a successful rehabilitation project at the chemical site Leuna in Sachsen Anhalt.

How can you tell, after such a rehabilitation project, that the pollutants have actually been eliminated?

That typically happens with chemical analysis. But specialised bacteria can be used here as well. Environmental microbiology can even simplify diagnostics considerably. Today we no longer have to send heavy equipment to Bangladesh for example, in order to ascertain the arsenic content in the groundwater – a small lab kit is enough.

Despite these impressive advances, there was a time when environmental biology made more headlines than today.

This is true, in the 1970’s there was a genuinely euphoric mood. Back then bacteria were discovered, for the first time, that are able to break pollutants down. In the course of time, they had to admit however that positive results from the lab can hardly ever be transferred into the real environment. This is connected with a factor that we call bioavailability; in the lab the individual bacterium gets his respective toxin served in bite-sized portions. Out there in nature however toxins and microbes seldom cross paths. So they then began removing soil by the ton and mixing in order to combine a few grams of toxin with a few grams of bacteria. This is of course an extremely inefficient process.

What is a better strategy?

Nature reveals it to us – and we just have to recognise and imitate it. This is the basic idea, and so today we are attempting to create a respective ecological system in polluted soil – with the aid of fungi for example, the grid-like ends along which the bacteria can move. Experts speak of a fungal highway; the microbes reach their pollutant by travelling along something similar to an expressway.

And how do the fungi get into the soil?

Fungi like straw. So we mix a load of straw in with the earth.

And everything else just works on its own?

Yes, in the soil this works similar to the waste water in the sewage treatment plants, although the processes in the soil are more complex. But in both situations we now make adjustments to the conditions in the natural environment – this is the basic difference compared to what we did previously. This paradigm shift also has legal consequences, by the way.

In the past it was considered necessary to remove the contaminated soil. Today it is enough to verify that microbial self-cleansing has taken place.

Fresh ground water thanks to bacteria

The scientific name for the bacteria that measures only up to one to two thousandths of a millimetre in size is Aquincola tertiaricarbonis. The UFZ microbiologist Thore Rohwerder found the midgets more than ten years ago in groundwater samples on the surface of the former Leuna-Werke. This bacterium created a perfect metabolic process that was capable of breaking down MTBE to carbon dioxide with the aid of oxygen. It had adapted exceedingly well, in genetic terms, to the harsh environmental conditions.

Millions of these bacteria utilise the pollutants in the filter- and ditch-systems (image right). The seemingly simple near-nature procedure is the result of protracted research, as the bacterium was difficult to isolate. And finally, the bio-technologists Manfred van Afferden and Roland Müller figured out the approximately 20 steps to break down the pollutants and reconstructed the ideal living conditions for the bacteria. On the basis of these findings, the research scientists were then able to develop the concept for the large-scale facility.

This text is an article from our magazine Helmholtz Perspektiven, issue March/April 2015.