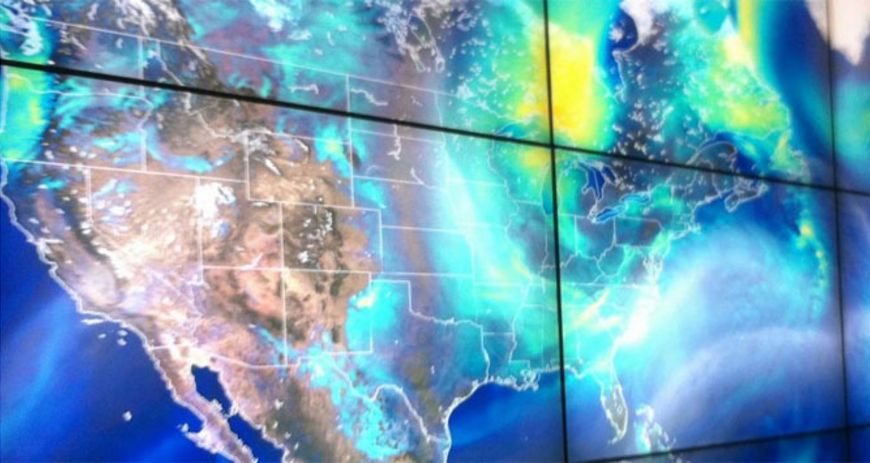 Image: US Department of Agriculture, CC BY 3.0

‘We are moving toward an uncertain future’

The climate summit in Marrakech can by all means put forward a few findings. But all of the uncertainty that was hovering over it concerned how the USA will conduct itself in the future. A commentary by Reimund Schwarze, Environmental Economist at the Helmholtz Centre for Environmental Research (UFZ).

The summit at Marrakech was dominated by the USA election results. Once they became clear, it suddenly became apparent to all of the participants in Marrakech that the USA would lose, given the election of Donald Trump to president, its leadership role in the international climate negotiations. Even the world community is not able to simply compensate for this loss of the second-largest emitter in its ranks. The first victim of the American election would therefore be the target, reanimated one year ago in Paris, of limiting global warming to 1.5 degrees C. This goal can no longer be achieved practically. Even today we are observing a warming of 1.2 degrees since industrialisation with repetitive global temperature records.

Whether the two-degree goal can still be achieved depends on whether or not the political changes of the primary emitters impacts other countries and markets in the world. Thus far, no country has supported Trump’s climate policy position. I would venture to doubt whether that will remain the same when we are approaching a long period of insecurity, however.

Environment Minister Barbara Hendricks explained at the conference that there will be a fortification of the Peking-Berlin “axis”. By that she meant intensified joint efforts in climate policy and technological collaboration. She did, however, categorically exclude a new German-Chinese leadership duo in international climate negotiations; our climate policy home shall remain the EU.

But it was the minister in particular who has proven to be divided more than ever on the topic of climate policy. While the coalition of the willing in Morocco demonstrated a closing of its ranks, at the same time in Brussels in the EU Commission, a ‘winter package’ was decided on for measures regarding the reduction of development of renewable energies. The EU will therefore have a difficult time in closing the climate policy gap in leadership, which the USA in the Trump era will, in all likelihood, leave behind.

What was the actual outcome of the climate conference in Marrakech? Three countries presented long-term climate protection plans: Mexico, the USA and Germany. Many other countries have indeed declared their willingness for this, but have not yet delivered. Germany hence remains in the role of the international ‘model student’ – even if its own 2050 climate protection plan is still highly controversial.

Prior to Marrakech, expectations were high that the negotiators would advance the topic of damages and losses due to climate change at the summit. But the question of whether small island nations should receive compensatory payments because they are not able to adapt to the rising sea level was excluded and will now be discussed in 2019. Africa will receive financial support for climate change mitigation and adaptation to climate change. Moreover, France and Germany started an initiative in Marrakech. Paris committed three billion euros, and Berlin an equal amount. These commitments were agreed to for concrete projects with the African Development Bank – thus it was not mere promises that were made.

Regarding the allocation of funds from the International Fund for Climate Adaptation, disagreement continues to reign however between developing and developed countries. From the funds set aside, 80 percent goes to climate protection measures and only 20 percent goes to climate adaptation. The developing countries demand that at least half of the money should be spent on adaptation, thus ultimately on development aid. This represents for the industrialised countries, however, funding from public funds, while for climate protection measures in developing countries, private capital would also be mobilised on a large scale. This conflict will stay with us.

In Marrakech, this clash of interests was solved only by means of a symbolic compromise. The adaptation fund of the Kyoto Protocol is now integrated into the Paris Accord, while respective details have been postponed. There can only be a solution when the principle of ‘climate protection before climate adaptation’ takes hold in the developing nations as well.

Reimund Schwarze coordinates the research regarding ‘climate change and extreme events’ at the Helmholtz Centre for Environmental Research (UFZ) in Leipzig, and manages the topic ‘risk analysis and risk management for integrated climate strategies’ in the REKLIM Initiative of the Helmholtz Association. He has been involved with political economic analyses of international climate negotiations for more than 15 years, and teaches at the European University Viadrina in Frankfurt (Oder).