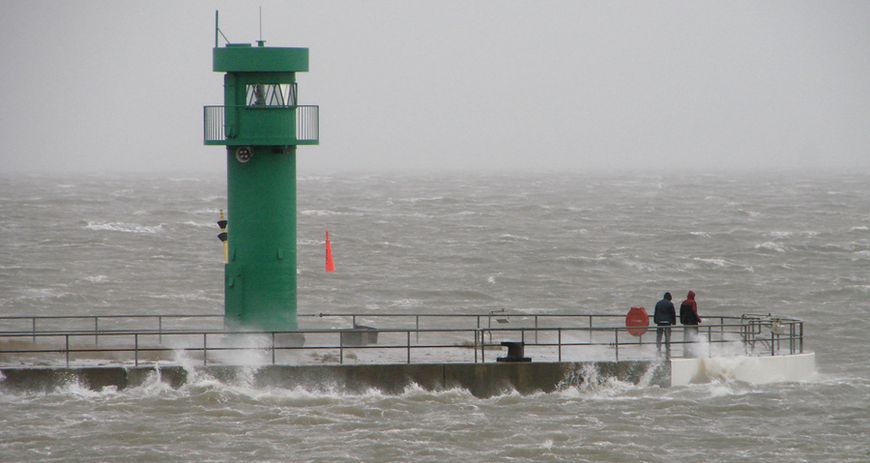 How much will the sea level rise?

Will the sea level rise by 12, 24, 36 inches, or even more than three feet by the end of the century? Climate models and data studies attempt to predict what awaits humanity. Humanity itself, however, presents the biggest factor of uncertainty in the predictions.

The fact that climate change affects the sea level is beyond dispute. It has risen by an average of almost 8 inches since the beginning of the 20th century. There are two reasons for this: First of all, the higher average temperatures are accelerating the melting of the ice sheets that act as a powerful shield covering Greenland and Antarctica and the glaciers that cover the Earth’s high mountains. This is releasing water to the oceans. Secondly, the volume of water is increasing as it warms up. But by how much will the water rise in the coming decades? Scientists wish to determine the answers to these questions using models and have also begun to extrapolate from actual measurements.

Climate models essentially strive to convert natural processes and all of their interactions into mathematical formulas. A fast computer then calculates not only the sea level, but also temperatures or currents. To see into the future, scientists now simply have to adjust the atmospheric composition, or more specifically, the concentration of greenhouse gases, to the desired point in time. The Intergovernmental Panel on Climate Change (IPCC) predicts that sea levels will have risen by between 10 and 38 inches by the end of the century. For some climate researchers, these figures are still too low. Values of as high as six and a half feet are already being discussed.

On the one hand, this broad range of predicted rises in sea level is due to the models themselves. None of them perfectly depicts reality, as all of them are subject to a certain degree of uncertainty. "From the outside, you could of course believe that the models differ to such a great extent because they are bad," explains Mojib Latif, Professor of Climate Dynamics and Head of the Marine Meteorology Research Unit at the Helmholtz Centre for Ocean Research Kiel, GEOMAR. "However, the greatest uncertainty stems from the fact that we simply do not know how human beings will act in the future. If CO2 emissions rise at an ever increasing rate – as would appear to be the case at the moment – the models deliver much higher values than in the case of massive climate protection in the future."

According to Latif, preventing further sea level rise would not be possible even if enormous efforts were to be made. But it could perhaps be limited to 16 or 20 inches by 2100. Conversely, without such climate protection efforts, the increase could reach extreme values of three feet or more. This puts the survival of island nations like the Maldives at risk. OECD studies predict that a three-foot sea level rise would force 180 million people to flee inland and would cause over one trillion dollars’ worth of damage – a calculation that does not take into account the economic consequences and damage caused by storms and flooding events.

A study conducted by a group of American scientists and led by Steve Nerem of the University of Colorado recently made headlines. The starting point for this study was not models, but rather measurement values. They used highly precise measurements of sea level rise, which earth observation satellites like TOPEX/Poseidon and Jason 1, Jason 2, and Jason 3 have been collecting for 25 years, and added these measurements to the data from tide stations around the globe. Climate expert Latif is very familiar with the study and explained his colleagues’ approach: “A data set contains both natural and anthropogenic changes. In order to identify the latter, all natural effects, such as the El Niño and La Niña weather phenomena or even volcanic eruptions, must be removed from the data. What remains is the human influence on the sea level.” And that, according to the American researchers, was stronger towards the end of the 25 years than at the beginning. This is a factor that has been discussed but not yet clearly demonstrated. The researchers extrapolated the determined acceleration for future scenarios. Their results, which they themselves describe as deliberately conservative, predict a sea level rise of 26 inches by the end of the century. "The media coverage of the results," says Latif, "made some pretty strong waves. But unfortunately, this was because of a mistake. Suddenly, there was talk that the new study predicted a sea level rise that was twice as high as previously thought. But this is not true and cannot be found in the study. On the contrary: The data study confirms the predictions from climate models."

More about Climate Change (in German)