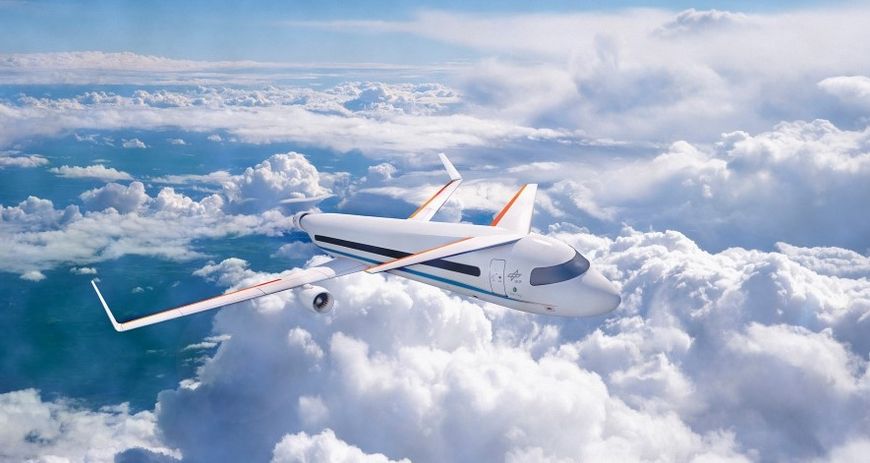 When does flying become CO2-neutral?

How can airplanes be ecological and economical at the same time, and when will the dream of climate-neutral flying become reality? DLR researchers are getting to the roots of these questions. Their goal: a comprehensive concept for sustainable air traffic.

Global air traffic contributes 3.5 percent to global warming. CO2 emissions account for one third of the climate impact. That sounds like little, but it looks very different when you take stock on an individual level. For example, a flight from Germany to the Maldives and back causes more than five tons of CO2 per person. In total, every German emits 11.61 tons of CO2 equivalents on average every year. In order to live in a climate-neutral manner, however, each person should only emit less than one ton of CO2 equivalents throughout the year. This comparison shows that the environmental balance must be significantly improved, especially in air traffic. The German Aerospace Center (DLR) wants to make a contribution to this with its concept study for eco-efficient flying. "We want to develop an aircraft that flies as climate-friendly as it is economical and is ready for operation by 2040," says Johannes Hartmann of the DLR Institute of Aerospace Systems Architectures in Hamburg. "This aircraft should be able to carry at least 70 passengers for a distance of up to 2,000 kilometers.

The EXACT (Exploration of Electric Aircraft Concepts and Technologies) project is thus targeting aircraft types that serve short and medium-haul routes - a segment that accounts for around 50 percent of CO2 emissions from air traffic. 20 DLR institutes from the fields of aviation, energy and atmospheric research are involved in the project. The researchers have already gained initial experience with small aircraft that are almost CO2-neutral over short distances. Four years ago, for example, the Hy4 took off for the first time; a four-seater from the DLR spin-off H2fly, the first aircraft with hydrogen fuel cells. "Now we are taking the next step to achieve breakthroughs in larger categories that could fundamentally change aviation," says EXACT director Hartmann. "In doing so, we are not limiting ourselves to the propulsion system, but have the entire infrastructure in mind".

"We want to fundamentally change aerospace"

What enters the atmosphere has been taken from it beforehand

While small aircraft can be operated purely electrically on short distances, this is not possible for larger aircraft on longer distances. The longer the distances, the heavier and larger the equipment required for storage would be. Therefore, it will not be possible in the near future to burn fuel completely without it. After all, the combustion process becomes more environmentally friendly with power-to-liquid: CO2 is extracted from the atmosphere. It reacts with hydrogen to form a mixture of hydrocarbons, from which fuel is then obtained. During subsequent combustion, as much CO2 enters the atmosphere as was previously removed. "Although this process has the advantage that no completely new infrastructure is required, the aircraft engines and the refuelling at the airport are largely compatible with it," says Hartmann. "But so far this has only been feasible on a small scale and is very expensive.

The 70 or so scientists in the EXACT project are therefore also focusing on the direct combustion of hydrogen. This would save the energy required for the production and transport of fossil fuels, which is the case with Power-to-Liquid. However, another hurdle has to be cleared here: Hydrogen has a large volume, so that aircraft would have to be redesigned. "For example, we are working on a combined solution in which gas turbines that burn synthetic fuels or hydrogen are linked to fuel cells," Hartmann explains. "The hydrogen fuel cells power the aircraft during cruising and taxiing on the ground, while batteries supply the electrical system on board. During take-off and landing, hydrogen gas turbines provide the necessary thrust". The parallel cooperation between DLR and MTU Aero Engines results in a win-win situation: In the coming years, the partners plan to equip and test an aircraft with a hydrogen-powered fuel cell and an electric propeller drive with a wave output of over 500 kilowatts.

The entire life cycle of an aircraft at a glance

It is important to the DLR scientists that the overall operation remains economical. For example, the refuelling process must not take up much more time than has been the case up to now. If the prototype under development is powered by propellers instead of jets, this will make flight operations more environmentally friendly. For example, the cruising speed would be reduced from around 800 to around 600 kilometers per hour. A flight from Frankfurt to Barcelona, for example, which covers a good 1,000 kilometers, would then take about one hour and 40 minutes instead of one hour and 15 minutes. "For passengers, this still means a manageable extension of the travel time," says Hartmann. "But we are also analyzing in detail how such a delay affects the profitability for the operators".

In addition to the effect on the climate, noise, product and energy life cycles are also being put to the test. "We examine both environmental effects and investment, operating and maintenance costs," says the EXACT manager. "In addition, all the requirements that the operation of a new aircraft places on the existing infrastructure are taken into account." For example, what refuelling systems would be necessary if an aircraft were flying on hydrogen? If batteries were used, they would have to be charged, stored and recycled. This holistic approach characterizes the project. "Whether a new type of aircraft is powered by hydrogen, fuel cells or batteries - we consider what effects this would have on the entire eco- and aviation system, i.e. on airports, airlines, air traffic control and the atmosphere," explains Johannes Hartmann.

"A great leap to be almost CO2-neutral on the road"

By the way, a CO2-neutral aircraft is not per se climate-neutral: "The effect of a contrail - i.e. water - in the atmosphere depends on the amount of sunlight and the altitude at which it flies," says Hartmann. And compared to conventional jets, the EXACT prototype will definitely represent a big leap forward in terms of being almost CO2-neutral and with a much smaller footprint in terms of climate.