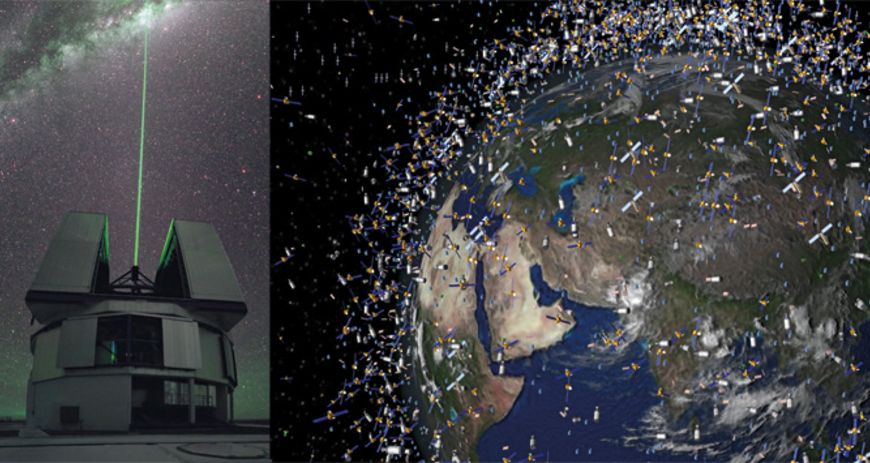 Humans do not leave their trash only on land or in the oceans. In outer space as well, remnants of their accomplishments are to be found. Millions of small pieces of debris are orbiting our globe.

And larger bits as well – from lost screwdrivers to defective satellites – are passing through there. Through intensive space flight, there is an ever-increasing supply of ‘space junk’ – but there is unfortunately no form of ‘galactic rubbish collection’. For human beings, there is no immediate danger in space due to rubbish. “Most objects burn up as soon as they enter the earth’s atmosphere,” says Manuel Metz from the German Aerospace Center (DLR). Most debris is not found close to the earth anyways, rather 600 to 800 kilometres above that. Until all the pieces burn up, it could take many decades. But in the mean time they are, however, very dangerous for satellites – and if these are destroyed on account of impacts, it could cause critical interruptions for our life on earth. This is why the trajectories of 17,000 pieces of debris are being observed with telescopes and radar facilities. Among others, the Deutsche Weltraumlagezentrum, which is operated jointly by the DLR Space Management and the Army Air Force, gives warnings whenever collisions threaten in orbit. The satellite operators then have their devices perform evasive manoeuvres. Many pieces of debris can nevertheless not be observed because they are too small. There are thus an estimated 750,000 objects with a dimension of between one and 10 centimetres wandering about in space – at 28,000 kilometres per hour yet: “An object only one centimetre large can render a satellite non-functional,” says Metz. Furthermore, a chain reaction could occur. If a large collision occurs, many new pieces of debris are created. “International aerospace is very concerned that the amount of space junk ceases to increase.” This is why future design of satellites, among other things, will make sure that no more rubbish occurs. The worn-out devices are said to simply burn up in the earth’s atmosphere in the future.

https://www.helmholtz.de/ueber_uns/presse_und_medien/mediathek/helmholtz_extrem/Space Debris: Who takes the rubbish down?