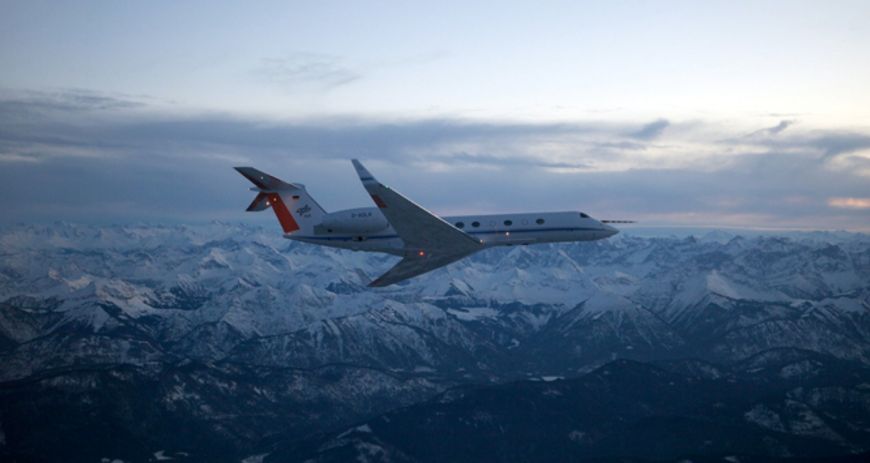 How to de-ice an aeroplane?

It may be a romantic experience for passengers when an aeroplane flies through the clouds thousands of metres above the ground. From a technical viewpoint, however, this journey in the sky provides a problem. The clouds can deposit ice on the wings, caused by over-chilled water particles

The consequences for the aircraft: aerodynamic drag increases and thus also fuel consumption. Most of all, however, flight safety suffers, because of the negative influence on aerodynamics. In order to avoid problems of this kind, aircraft are outfitted with defrosting systems. In the case of jet aircraft, the ice is usually thawed by using hot bleed air taken from the engines; the air is blown out through cavities on the front edges of the wings. Yet this widely used technology has a disadvantage: the previous warming up of the bleed air is time-consuming and energy-intensive. It costs airlines considerable amounts of fuel and that is expensive and bad for the environment.

Engineers therefore intensively research defrosting systems that will save on fuel. The focus in doing so is on mechanical appliances – as is also the case in a research project called "Supercooled Large Droplets Icing" carried out at the German Aerospace Center (DLR) and the Technical University Braunschweig. The trick: the ice is split off the surface. The following procedure is conceivable: an electric impulse, generated by a coil behind the iced-over surface of the aircraft, creates a magnetic field that momentarily deforms the surface. The ice breaks and falls off. Another idea that does not require thermal processes is based on the application of flexible plastic coating on the aircraft surface. When ice forms on the surface, these plastics could change their form. The consequence: the ice splits off. Technologies of this kind require less energy, because they can be activated in the short term and as required, usually by way of simple electric impulses.

Engineer Per Ohme, head of the project, says that in future, both methods could contribute to "decreasing the amount of fuel that aircraft would have to carry in order to de-ice the wings." However, it is a long way off until the efficient defrosting systems potentially can be implemented. As yet, all this is merely basic research. The project at the DLR and at the TU Braunschweig therefore first investigates the properties of ice, simulated in wind channel experiments and calculation models: how does ice break? What makes it stick to surfaces? Which kinds of ice form: hard and clear ice or porous, rough ice? Only when basic knowledge of this kind has been collected, can the know-how for defrosting systems that no longer chew up energy be developed.