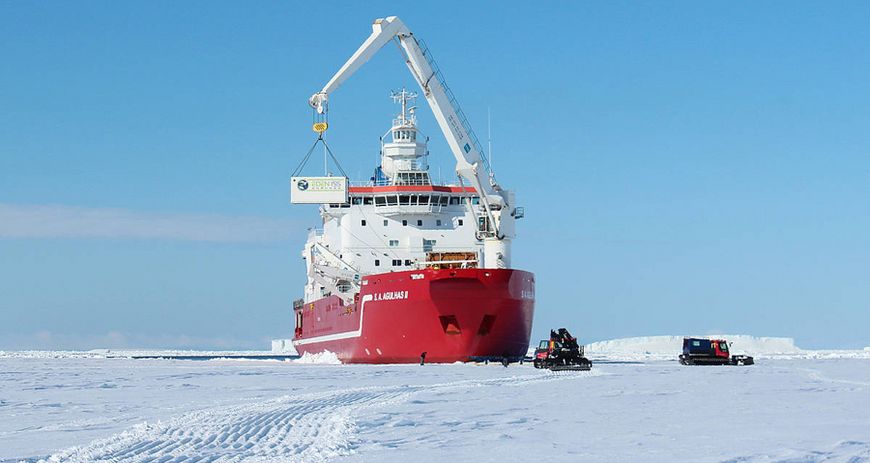 Growing fresh food in the Antarctic

Scientists are working to grow fresh vegetables in a greenhouse surrounded by perennial ice. The experiment will supply the winter crew at Neumayer Station with fresh food, but it is primarily designed to provide experience and data for future Mars missions.

White nothingness as far as the eye can see, temperatures far below freezing, and violent storms plaguing vast plains of snow and ice. The Garden of Eden surely looks very different, yet fresh tomatoes, peppers, arugula, and even strawberries will soon be thriving in this environment 400 meters south of the Neumayer III Station operated by the Alfred Wegener Institute (AWI) .

The project is called EDEN ISS and is run by the Institute of Space Systems at the German Aerospace Center (DLR). Since the South Pole has similar inhospitable conditions to Mars, the space experts have joined forces with AWI polar researchers on this project. “Greenhouse modules will be an essential part of habitats during future manned space missions,” explains Project Manager Daniel Schubert. In addition to providing fresh food and a filtering mechanism for water and CO2, Schubert also acknowledges the important psychological effects plants offer in an otherwise very technically designed environment. On Earth, these sorts of systems could be an answer to population growth, climate change, and food waste. The concept is called vertical farming; it allows food to grow in close proximity to the consumer independent of weather conditions. Damage caused by drought or flooding is therefore minimized, as is the risk of produce spoiling in transit from farm to plate.

A green oasis at the end of the world

The greenhouse is located in one half of a double container. The remaining half houses the service area, which includes laboratory equipment and an air lock to the outside world. Paul Zabel will be assuming the role of gardener at the icy end of the world. For one year, the 30-year-old space engineer will reinforce the nine-member winter crew at the Antarctic station and oversee a green oasis in the midst of a frozen wasteland. Soil is nowhere to be found in the greenhouse, as the scientists are using aeroponics. Thus, the plants grow in flat plastic trays with their roots hanging freely and are automatically sprayed every 10 minutes with a nutrient solution.

For 16 hours per day, special water-cooled LED lights act as an alternative to sunlight in the polar night. The light spectrum can be controlled and thus adjusted for various plants. Project Manager Daniel Schubert explains, “We are able to grow the plants faster and more effectively than in a natural environment by placing them under special artificial light, at optimal temperatures, and providing only selected nutrients without soil.” The controlled environment with closed and monitored air and water circuits offers an additional advantage: pesticides are completely unnecessary.

Antarctica is an ideal testing laboratory for future Mars missions. According to Schubert, “The group size at the Antarctic station resembles that of a Mars crew. Both are in an extremely hostile environment and are heavily dependent on technology.” The solitude experienced at the South Pole is also similar to that crew members will experience during future Mars missions. Neumayer III is virtually cut off from the outside world between the months of February and October. Antarctic gardener Zabel admits, “We are thousands of kilometers away and can’t return quickly. It’s actually a bit like departing on a journey to another planet.”