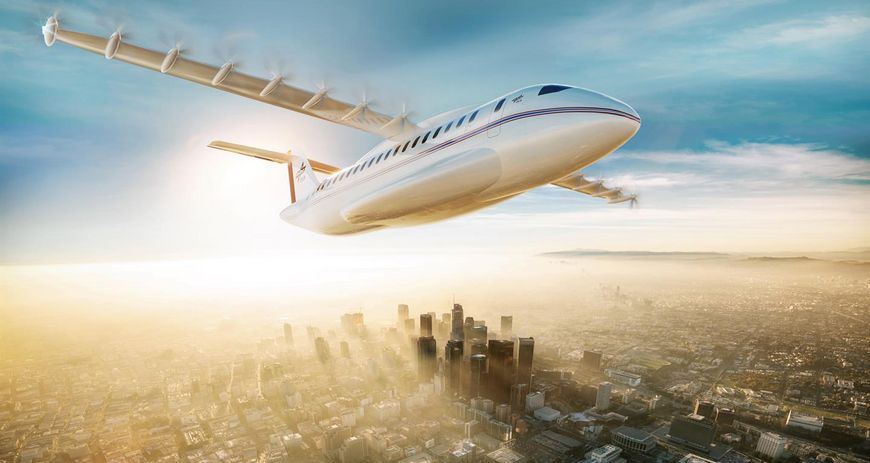 Electric flying - emission-free, with a new look and quieter. (Credit:DLR)

Aviation is often criticized in the current climate debate. Scientists want to change that and make flying climate-neutral. Could synthetic fuels be the solution?

Around two and a half percent of the carbon dioxide emitted into the atmosphere by human society is attributable to aviation. If the effects of other exhaust gases and soot particles are added, aviation contributes just under five percent to climate change. "Changing that and achieving climate-neutral flying by 2050 as part of the European Union's Green Deal is our vision," says Andreas Klöckner, who is responsible for aviation strategy at the German Aerospace Center (DLR). The aerospace engineer lists his levers: "On the one hand, we can make existing aircraft more efficient. On the other hand, of course, we are also developing new types of propulsion." Then there is the option of compensating for the climate impact by means of offsetting payments. For him, however, that is at best a short-term interim solution. And it would also be appropriate to fly less so that the goal can be achieved. While the latter option is in the hands of consumers and politicians, the first two options are the domain of scientists and engineers at DLR.

"The heavier an airplane is, the more energy we need to make it fly."

The basis for the synthetic fuels that Andreas Klöckner and his colleagues are experimenting with is synthesis gas. This mixture contains all the building blocks from which liquid fuels are produced in a subsequent synthesis process. Today, the synthesis gas itself comes primarily from renewable energy crops such as corn, from which it escapes at high temperatures. However, this also opens up the tank versus plate discussion. After all, energy crops require arable land, fertilizers, crop protection and manpower. This could become a problem, especially if the demand for such fuels increases rapidly, and with it the price that customers are willing to pay. If the machines used to cultivate the land are then also operated with "normal" fuel, CO2 neutrality will also be on shaky ground. Synthesis gas can also be produced from organic waste. From straw, for example. Or from leftovers from food production. Or from animal excrement.

Researchers at the Karlsruhe Institute of Technology (KIT) have developed a multistage process to convert straw and other residual materials from agriculture and forestry into liquid fuels. In the future, the biofuels can replace a part of petroleum-based fuels by blending or in pure form and offer a number of environmental and climate-relevant advantages, e.g., due to particularly clean combustion.

A third option, on the other hand, does not require biomass at all. Power-to-liquid, or energy to liquid fuel, is the name of this process, and e-fuels are the result. Regenerative energy is the focus here. On the one hand, hydrogen is produced from water by electrolysis. On the other hand, CO2 is filtered out of the air using direct air capture technologies, for example. At the Karlsruhe Institute of Technology (KIT), for example, there is a pilot plant that converts air and water into CO2-neutral fuel. The energy balance, however, is the downside of this conversion. Not only electrolysis and direct air capture, but also the refining process consume a large part of the electrical energy used. In cars, for example, combustion engines with today's e-fuels are far inferior to their battery-electric competitors. In the air, however, it could be a different story. "The heavier an aircraft is, the more energy we need to make it fly," explains Andreas Klöckner. "With electrical energy, that means we have to carry more batteries, and they disproportionately increase the weight. At a certain point, we're then flying around with almost nothing but the batteries. Liquid fuels, on the other hand, have proven themselves for a long time."

"What technology will ultimately prevail, we just don't know yet."

For the air transport of the future, however, DLR is not relying on just one horse. "From today's perspective, electric flying, for example, makes the most ecological sense for smaller aircraft on short routes; synthetic fuels, on the other hand, primarily for the very large aircraft on ultra-long routes. For everything in between, hydrogen would also be conceivable as an energy carrier." The latter could be burned directly in the engine, but could also be converted into electricity via a fuel cell and used to power electric engines. "We simply don't know yet which technology will ultimately prevail," Andreas Klöckner sums up. "That's why our research is also going in every conceivable direction."