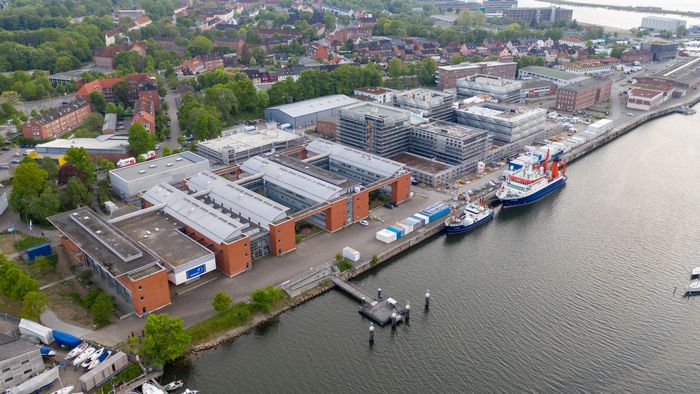 GEOMAR Helmholtz Centre for Ocean Research is one of the leading institutions in the field of marine sciences in Europe. The institutes’ mandate is the interdisciplinary investigation of all relevant aspects of modern marine sciences, from sea floor geology to marine meteorology. Research is conducted worldwide in all oceans.

In addition, GEOMAR contributes to the Cluster of Excellence "The Future Ocean"

GEOMAR cooperates closely with the University of Kiel in the education of future marine scientists. Additional contributions to other curricula such as Geology and Geophysics are also provided. GEOMAR also has cooperative programmes with other universities around the world. Special programmes for pupils and teachers aim to stimulate interest in the marine sciences at an early stage.

The institute is a member of the Helmholtz Association and employs more than 850 scientific and technical staff.