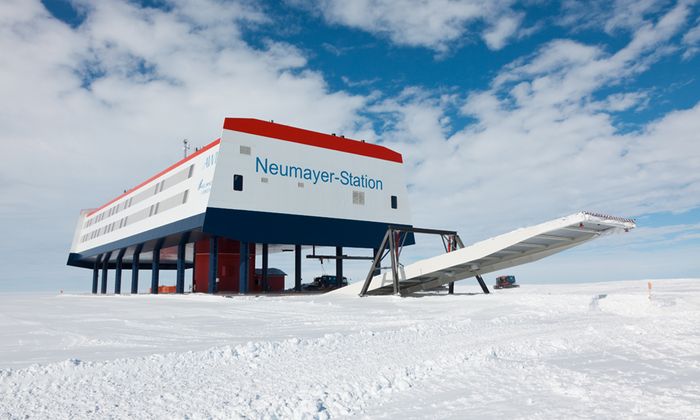 Unravelling hidden messages in the oceans and in the ice

From the Arctic ice to the bottom of the oceans: Helmholtz scientists working at the Alfred Wegener Institute for Polar and Marine Research (AWI) in Bremerhaven study the poles, the oceans and the climate. Their research often takes them along exciting and hazardous routes. Their goal is to unravel the changes - partly natural and partly caused by humans - taking place in the global environment and in System Earth.

The AWI works in the following three scientific topic fields

Scientific research with an icebreaker

Their research work often takes the Helmholtz scientists from Bremerhaven out to sea or even direct to the ice at the North and South Poles. An icebreaker serves as their No. 1 mobile research platform: The research and supply ship "Polarstern". Research stations in the Arctic and Antarctic make it possible to take meteorological and geophysical measurements all year round. In addition, the Helmholtz Centre operates three research ships which study more moderate climes, as well as two polar aircraft.

The AWI has a total of 778 staff and its head office in Bremerhaven. This Helmholtz Centre also maintains a Research Institute in Potsdam (Forschungsstelle Potsdam), a Biological Institute on Helgoland (Biologische Anstalt Helgoland - BAH) and a Tideland Station on Sylt (Wattenmeerstation Sylt).

In addition to performing basic and applied research, the AWI also plays a coordinating role, offers advice and consultancy, and provides special services. These responsibilities focus on biological monitoring, on providing scientific-technical support for German polar research, and on giving advice to the German government.