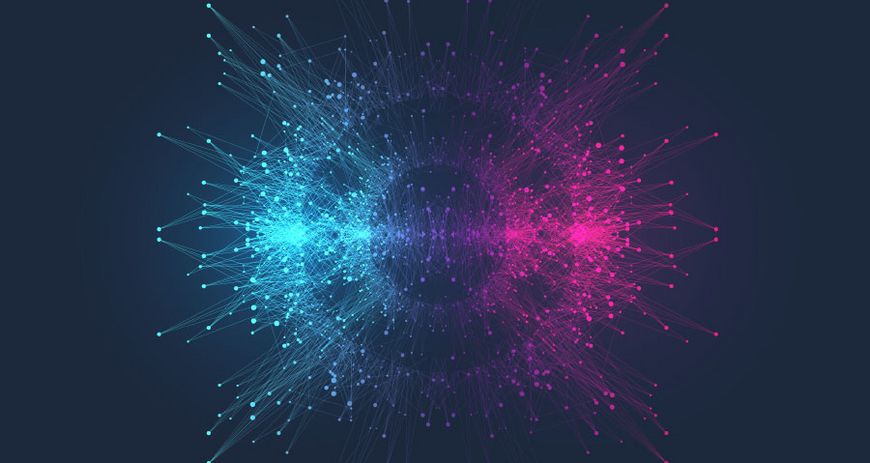 On qubits and spooky action at a distance

How does a true quantum computer work, and how far are we from such an application? In this interview, Wolfgang Wernsdorfer of the Karlsruhe Institute of Technology talks about the qubit quantum chip and the great expectations associated with it.

As a doctoral candidate, Wernsdorfer developed an instrument for measuring the magnetic properties of individual nanostructures and molecules. He discovered the role the laws of quantum mechanics play in molecular magnets and was able to apply that knowledge to building electronic circuits. He has been working at the Karlsruhe Institute of Technology since 2016.

Mr. Wernsdorfer, what opportunities does quantum technology offer beyond those of conventional electronics?

That is essentially a very simple question. The idea of quantum electronics is to do something that is impossible using classical electronics. This is achieved by exploiting phenomena that a conventional object does not exhibit. Three effects are important: Quantum tunneling, mixing or superposition of quantum states, and quantum bit (qubit for short) entanglement. Quantum electronics uses all three approaches and is based on new computing logic that improves processes such as cryptography and data encryption.

So quantum bits, or qubits, instead of classical bits. What is special about qubits?

Unlike classical bits which can store either one or zero, qubits can assume an infinite number of mixed states between one and zero. If you separate two coupled qubits – two photons, for instance – a link remains even if the two photons are light-years away from one another. As soon as you measure the state of one qubit, you immediately know the state of the other. This effect is known as “entanglement”, and Einstein referred to it as “spooky action at a distance”.

Can you explain “spooky action at a distance” using an everyday situation?

You can’t understand the effect based on everyday experience. But it can be calculated easily and verified experimentally. Things get philosophical very quickly. People all over the world are working on making entanglement useful and building things using its principles. There will certainly be applications in quantum communication soon. Sometime in the future, there may be a very powerful quantum computer that can work to solve problems very quickly in parallel.

But a company in Canada, D-Wave Systems, is already offering a quantum computer with 2,000 qubits.

Yes. The company is selling the first quantum computer. But it doesn’t use all of the quantum effects – only adiabatic transitions. This allows a problem to be worked on for which the minimum is the solution. VW is thought to be interested in using the system to optimize traffic flow. But the D-Wave quantum computer is probably no faster than a conventional computer. The D-Wave system is still interesting, even though the approach is controversial among quantum technology researchers.

What do you think of Google’s 50-qubit quantum chip?

Google is doing something very different from D-Wave. It wants to use qubit entanglement. Google’s approach is to D-Wave’s as a car is to shoes. Google wants to solve a specific problem that no conventional computer can solve. This would demonstrate the superiority of quantum computers for the first time ever. It is interesting for purely intellectual reasons, even if this specific problem, quantum chaos, probably has no application.

What are qubits made of?

There are many platforms for these. You can use light particles with their angular momentum, or you can use individual ions. There are also solid-state qubits made of superconductors, but they are relatively large and might be a dead end. My working group is focusing on the molecular level. We use the quantum states of individual molecules: We try to change them, control them, manipulate them. My qubits are spin qubits. Because they are so small, they have a lot of potential. They might also be better protected against external interference. If the environment interferes with a quantum calculation, the result is destroyed.

And when might these ideas lead to specific applications or even a true quantum computer?

Quantum computers will not replace conventional computers, but instead complement them in solving specific problems. Before we get to quantum computers, new and more sensitive quantum sensors and quantum clocks will be built. And in a few years, quantum circuits will be able to simulate new materials and molecules. But I don’t think we will have a universal quantum computer for another 20 years or so.

So you’re sure that the quantum computer is on its way?

Nobody can say yet. But 20 years ago, experiments with qubits were considered a pipe dream. So we shouldn’t be too pessimistic. In any case, we are doing completely new things and opening up new scientific fields. And even if the results don’t turn out to be what we expected, doing pioneering work is lots of fun.

Quantum technologies – How will they change our world?

Quantum technologies – How will they change the world?