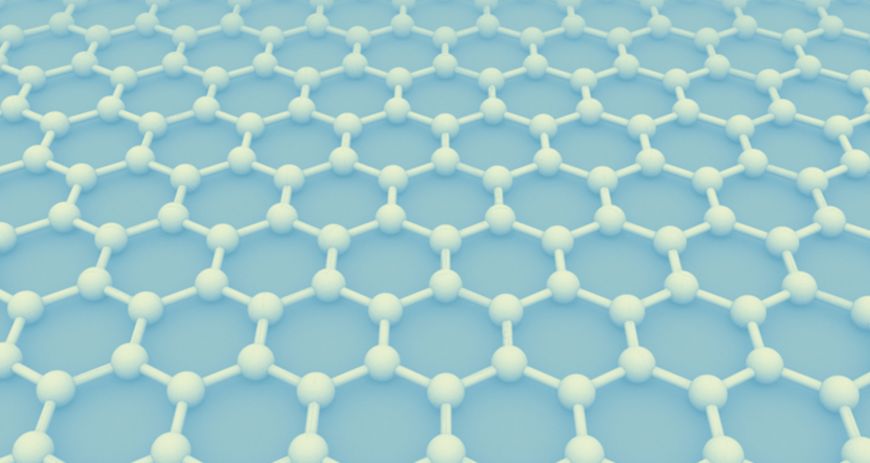 Among the natural-science fields of activity, material research is one of the less glamorous. But some materials have the potential to become a hit – and this is valid, once and for all, for graphene.

The crystal made of pure carbon represents the utmost reduction of the substance that appears in every pencil lead. This is because graphene is a million times thinner; it consists of a single layer of honeycombed and connected atoms. Such a two-dimensional structure, per se, was for a long time considered to be too unstable to be put to any kind of use. The new miracle material, as it is frequently referred to, has convinced theoreticians of the opposite: graphene is harder than steel and diamonds, can conduct electricity and heat better than copper, is practically transparent and, furthermore, so dense that no gas can penetrate through it. This exciting bundle of characteristics is inspiring scientists worldwide. There are plans for paper-thin monitors and high-performance batteries for electric cars.

At the Helmholtz-Zentrum Berlin für Materialien und Energie, they are making use of one more peculiarity of graphene – its high sensitivity vis-à-vis chemical substances. As soon as a foreign molecule makes contact with the carbon honeycombs, electric conductivity is reduced – regardless, however, of the kind of molecule. A research group at the Institut für Silizium- Photovoltaik now wants to prepare the graphene surface in such a manner that it can bond substances, element-specific, and display their occurrence in an experiment concerning altered conductivity.  In the end, reports the young chemist Felix Rösicke, a low-cost “laboratory in a chip” could be developed that is able to read out any desired medical value from a drop of blood within minutes.