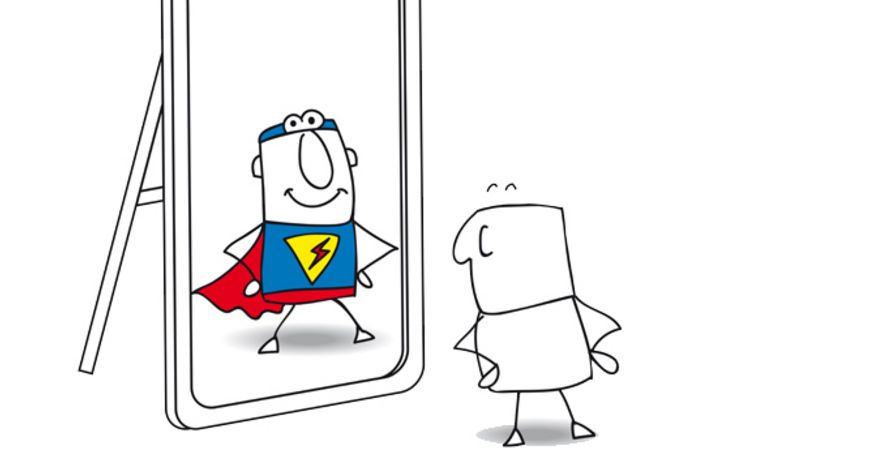 <b>Superpartner</b> Every particle has a supersymmetrical partner. For example, we have the electron on one side, and on the other side we have the “scalar” electron. Image: Fotolia/christophe BOISSON

Using huge particle accelerators, physicists are searching for supersymmetry. Their existence could help us to understand the composition of dark matter. But is it possible for something to be more symmetrical than symmetrical? Wilfried Buchmüller from the Deutsches Elektronen-Synchrotron facility (DESY) explains:

“We usually associate symmetry with spatial symmetry – in connection with an image or a form, for example. But in the standard model of physics, when we think about symmetries we are thinking about something else – the forces between particles. When, for example, the force between two matter particles remains the same after reversal of the electrical charges, we are referring to “a symmetry”.

The various forces in the standard model possess a number of such symmetries. According to the standard model, it is valid that the smaller the gaps between the matter particles, the greater the similarity becomes between the mathematical formulas that describe the forces there. We would say here that the theory becomes more symmetrical. Expanding on this concept, the last remaining differences are likely to cancel each other out at some point. It is our goal to describe all forces – gravity as well – and all particles on the basis of one unified principle of symmetry – supersymmetry (“SUSY”).

But the fundamental difference still exists between matter particles and the particles that transfer forces. Although there are different types of particles, the supersymmetry theory is nevertheless able to interconnect them mathematically. We suspect that every particle has an attendant partner, a hidden supersymmetrical partner, i.e. a “superpartner”; in other words, one half of all matter is completed by its mirror image. Such a superpartner, in supersymmetrical theories, comprises the cornerstone of dark matter. Whenever the different types of particles then appear together, all of the forces become more similar to one another due to the superpartners. It is our ambition that we can also finally prove the existence of “SUSY” in reality. Namely, by finding the superpartners. They would play a key role in helping us to understand the origins of our universe.”

"Show Yourself" - The world’s biggest particle accelerator, the LHC, is looking for SUSY particles, the building blocks of a new understanding of the universe (DESY - Research Magazine femto)