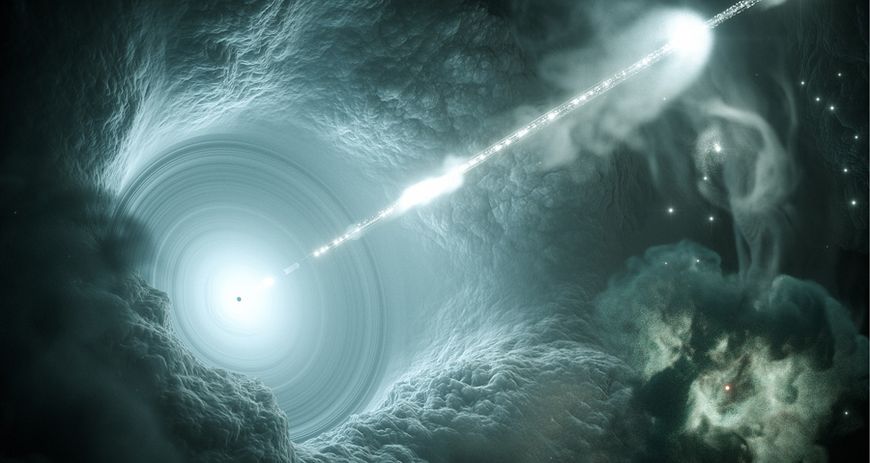 The superstars of particle physics

Researchers are working to unravel the mystery of neutrinos – and, nearly 60 years after their discovery, are gradually getting to the bottom of one of the greatest riddles in the natural sciences.

When it comes to large-scale experiments in the field of physics, the LHC particle accelerator at CERN, the European Organization for Nuclear Research in Geneva, has been stealing everyone’s show since the discovery of the Higgs particle. But other, equally vast research facilities are keeping physics on tenterhooks with their search for an inconspicuous elementary particle: the neutrino.

Guido Drexlin, a particle physicist at the Karlsruhe Institute of Technology (KIT), says: “In the zoo of the elementary particles that are known to us, neutrinos are the hotshot superstars that are miles ahead of quarks etc. in terms of their significance for our modern concept of the world.” And recent history backs up this view: Over the past 30 years, a total of four Nobel Prizes for Physics have been awarded for neutrino research.

But these superstar particles are incredibly elusive. It’s their nature to have very few interactions with the rest of the universe, as they have no electric charge and no magnetic moment. The nuclear energy of atoms has equally little effect on neutrinos. Even their theoretical gravitational force would be of inconsequential size. Of the four fundamental forces of nature known to the field of physics today, this leaves only the weak interaction. And this is precisely what its name suggests: weak.

The father of the neutrino, quantum physics pioneer Wolfgang Pauli, had already anticipated this. Back in 1930, Pauli began unraveling a mystery: He noted that a portion of the energy that is released during the decay of atomic nuclei appeared to consistently vanish. However, one of the most important principles of physics states that such a loss cannot occur. Pauli’s proposed solution to this mystery – one that he himself called “a desperate remedy” – was an as-yet undetected particle that accounted for the missing energy.

Pauli’s “remedy” remained pure conjecture until the existence of the neutrino was proven for the first time in a large-scale experiment in the mid-1950s. Pauli received news of the discovery by telegram a few years before his death. Since then, costly research into these so-called “ghost particles” has continually brought new surprises to light. “It’s only been two decades or so since we learned that neutrinos even have a residual mass—which is contrary to particle physicists’ earlier predictions,” reports Guido Drexlin of KIT.

Neutrino researchers at KIT in Karlsruhe, Germany, now want to use a new type of experiment to reveal the mass of neutrinos, which remains as yet unknown. In June 2018, the KATRIN experiment was finally put into operation following 15 years of construction. KATRIN analyzes the radioactive decay of a certain variant of the hydrogen element or, to put it more precisely, the beta decay of tritium. In other words, KATRIN comes into play precisely where Wolfgang Pauli first conceived of neutrinos’ existence nearly 100 years ago.

The measurement’s principle is based on the famous E=mc² formula for Albert Einstein’s special theory of relativity. Working on this basis, the neutrino mass that is being sought corresponds to the “energy shortfall” of the products of decay—in this case, electrons. The search for the mass of the neutrino thus becomes a precise measurement of the energy of the electrons. The associated effort is immense: The construction of KATRIN involved building the world’s largest ultra-high vacuum tank, in which spectrometers are deployed.

Guido Drexlin from KIT is eagerly awaiting the first measurements: “The journey to this point has been full of challenges. We’re now ready to get started and are excited to see KATRIN’s results, which we’re certain will be spectacular and surprising in keeping with the tradition that neutrino physics has established in decades past.”

Neutrino physicists believe that hundreds of billions of neutrinos pass through a single square centimeter of the Earth’s surface each second.

A team working on another neutrino experiment on the other side of the world recently celebrated a spectacular measurement result: The IceCube detector at the South Pole registered an exceptionally high-energy neutrino from deep space. IceCube uses 5,000 highly sensitive cameras to observe the darkness of the eternal ice at a depth of several kilometers. Here, the cameras register flashes of light that point to collisions between neutrinos and atomic nuclei in the ice. During this process, charged particles called muons develop. These particles have a higher velocity than the light slowed by the ice. The cameras capture the resulting “sonic boom of light,” a phenomenon known as Cherenkov radiation.

The fact that IceCube monitors a full cubic kilometer of Antarctic ice underscores the challenges faced by the field of neutrino physics. Neutrinos are in fact anything but rare, because they are produced in unimaginable quantities by fusion reactions in the Sun as well by natural radioactivity on Earth. Neutrino physicists believe that hundreds of billions of neutrinos pass through a single square centimeter of the Earth’s surface each second.

But given their low propensity to react, neutrinos are only rarely detected. The overwhelming majority of them pass through the entire Earth without any reaction. Researchers are only capable of finding evidence of very few of them by monitoring vast quantities of reaction masses with highly sensitive instruments—for example, using 5,000 special cameras in a cubic kilometer of ice.

But the researchers in the IceCube collaboration aren’t just interested in neutrinos from the Sun. They are on the hunt for neutrinos from outside the solar system that are richer in energy but also much rarer. Kai Zuber from TU Dresden isn’t involved in IceCube, but has been conducting research in a number of large-scale neutrino experiments for several decades. “A map of all the sources of neutrinos in the heavens is what neutrino astrophysicists dream of,” he explains. “Apart from gravitational waves, neutrinos are the only messengers that travel directly from their source to us without any impediments. Light can be scattered by gas or dust, and charged particles can be deflected by magnetic fields.” Zuber notes that neutrinos, on the other hand, would point directly to the locations in space at which ultra-high energy particles are created. But the question as to which locations these are and what exactly occurs there is still a topic of lively debate.

Thanks to IceCube, it’s possible that an ultra-high energy source of this type could now be successfully identified for the first time. On September 22, 2017, the station at the South Pole issued an alert that an especially high-energy neutrino had been detected. Sixteen large-scale devices subsequently searched the sky for the potential source. They included four space telescopes, the Cherenkov-Teleskop H.E.S.S. in Namibia, and VLA, one of the largest radio telescopes in the world.

The joint observations did in fact determine a likely source: the TXS 0506+056 blazar. This is the turbulent, highly heated environment of the black hole in the heart of a galaxy several billion light years away. “This represents a milestone for the young field of neutrino astronomy,” says Marek Kowalski, one of the participating researchers and the head of Neutrino Astronomy at DESY. “More than a century after the discovery of cosmic rays by Victor Hess in 1912, IceCube has thereby located a concrete extragalactic source of these high-energy particles for the first time.”

Does this mean the longed-for breakthrough has been achieved? Kai Zuber remains cautious: “A single event can always turn out to be a coincidence. But if a few more neutrinos are discovered and their origin corresponds with signals from other telescopes, things will get really exciting.”