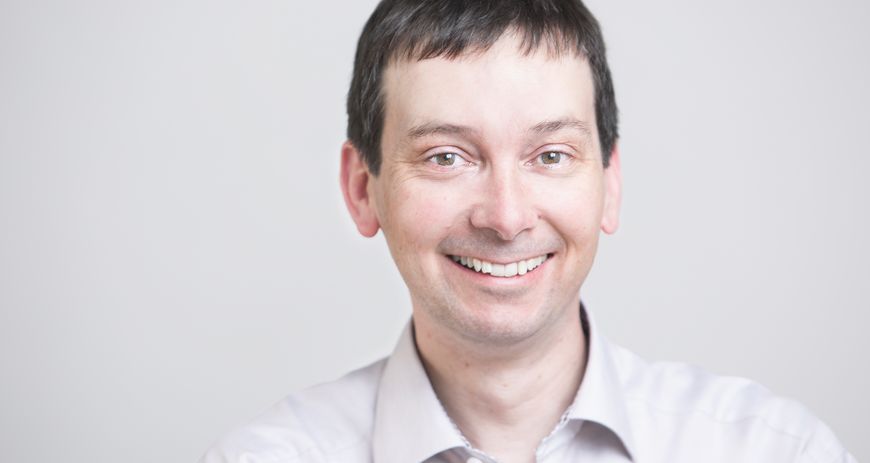 Understanding the structures of molecules is an important part of developing new medicines. X-ray flashes can provide valuable assistance in this process, and this is an area in which physicist Henry Chapman and his team have already achieved the first pioneering breakthroughs.

Chapman was surrounded by dozens of colleagues from around the world as they stared spellbound at the computer screens. He and his team hoped these would show what was happening a few meters away in an enormous machine known as the X-ray free-electron laser. Suddenly, patterns flashed across the screens, and Chapman knew that his theories had been correct. "It was an incredible relief at the time," he says today, recalling the experiment back in 2009. Chapman, who is based at the Elektronen-Synchrotron (DESY) in Hamburg, has attained further innovative breakthroughs since that time. His area of research is known as crystallography, a discipline aimed at making the invisible visible.

"If you want to understand the structure of molecules, you need to know how the individual atoms are arranged," says the native of the UK, whose accent recalls his time spent in Australia. "Doing this requires light of a very short wavelength - that is, X-rays." However, X-rays are so high-energy and intense that they destroy many molecules. "It's like having a secret message on a piece of paper," Chapman explains, smiling to himself: "You need to turn on the light to read it - but unfortunately, the message is sensitive to light and is immediately destroyed in the process." He has spent almost his entire research career focusing on the question of how to read the hidden letters despite this problem.

This scatter plot was there the whole time, but no one paid any attention to it

If Chapman's research is successful, it will open up unforeseen possibilities: The knowledge of a molecule's spatial structure could provide assistance in developing new medicines, for example. Chapman's hope is that continued improvements in equipment could at some point even make it possible to monitor the chemical reactions that occur when proteins come together.

And there is every indication that his hopes are justified. Since that momentous day in Palo Alto, California, the physicist and his team of biochemists, mathematicians, and computer experts have probed ever deeper into the secrets of molecules. He is achieving this by taking a detour, which involves using the special X-ray device to look not at the individual molecules, but rather at crystals which are grown from the molecules - and reveal their structure.

This method has already been in use for some time. However, there was always the problem that only small, badly arranged crystals could be grown from some molecules, and this provided very little information about the molecule - "or at least this is what researchers have thought until now," notes Chapman. "We found out that the weak scatter plot, which even disorderly crystals reveal, also tells us a lot about the structure of the molecule. This scatter plot was there the whole time, but no one paid any attention to it - it was more like a distracting background."

Using complex algorithms, Chapman was able to decode these scatter plots. A new X-ray laser is now in use at DESY which generates so many images from a crystal's interior that enormous quantities of data need to be analyzed as a result. This is the next challenge for Chapman and his team. And are there lines of biologists waiting outside his office to have their special molecules analyzed? Chapman waves this aside. "We're not interested in analyzing huge amounts of molecules; that's something many people can do now. We focus on those who appear to have an unsolvable problem when it comes to analyzing them." After all, Chapman is now an expert in reading this kind of secret writing.