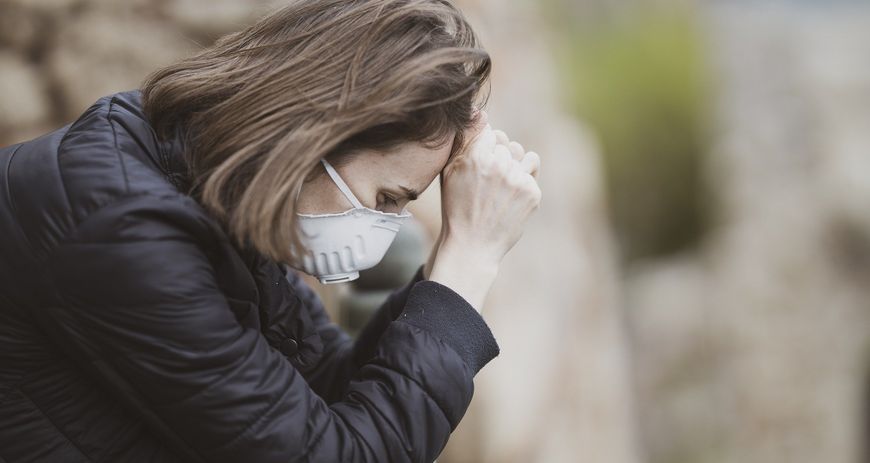 It is not yet possible to estimate how long long-term effects can last, how well they can be treated, and how large the proportion of those affected will be who will suffer permanent effects. In particular, little is known about the long-term health effects in children and adolescents. (Credit: Engin Akyurt/pixabay)

What we know about Long-COVID

Many people complain of permanent symptoms even after a corona infection. There are only a few reliable findings on the causes. Researchers are now gradually finding out more.

The numbers are remarkable: "Have you felt any of the following twelve symptoms after your Covid disease?" British researchers asked their nearly 27,000 subjects of all ages, presenting them with a list ranging from headaches and fever to shortness of breath and loss of sense of smell. Four to eight weeks after the disease, 9.4 percent of the participants reported late effects, according to the study. By 12 to 16 weeks after illness, that number had nearly halved to five percent.

The study, published by the Office for National Statistics in England, is one of the latest investigations by scientists into a phenomenon that is difficult to grasp: "long covid" is the collective term for complaints from which patients continue to suffer long after their corona disease. The physiological mechanisms behind these late effects and the number of covid patients affected have so far been the subject of conjecture and rather vague estimates. Current studies are now gradually bringing valid data to light.

"In some patients, the symptoms last for six months or even a whole year," says Ulrike Protzer, a virologist at Helmholtz Zentrum München: "But we know that the symptoms continuously decrease." Interesting, she says, are reports from sufferers who felt permanently impaired - until the moment they had themselves vaccinated. "There are no study data on this yet, but based on these reports, one could speculate that the patients had a residue of the virus left in the body that had caused the symptoms. The immune system then coped with these remnants after it had been strengthened by the vaccination," Ulrike Protzer suspects.

Erlangen researchers from the Max Planck Institute for Physics and Medicine and the German Center for Immunotherapy recently found that the red blood cells in covid patients are deformed. "What is clear is that in the course of a disease, blood circulation is often impaired, dangerous vascular occlusions can occur, and oxygen transport in the blood is limited," write the authors of the study on the corona-specific baseline. White blood cells - responsible primarily for immune defense - were altered for up to seven months after infection with Covid-19, according to their findings. This could explain the long-covid symptoms such as shortness of breath, fatigue, impaired concentration, and loss of the sense of taste and smell, according to the Max Planck Institute's statement.

"This is not depression or not a mental illness, but a measurable physical limitation."

Virologist Ulrike Protzer divides the Long Covid problem into three categories: First, there are those diseases that can be traced back to psychological stress - "and this is generally underestimated: We also know from other diseases how stressful the fear of posing a danger to one's environment can be. And in the severe courses, for example, the fear of suffocation is something that lingers for a long time." Physical complaints such as circulatory problems or a lost sense of taste and smell make up the second category. And as a third category, Ulrike Protzer mentions chronic fatigue syndrome, also known as chronic fatigue. "This is not depression or not a mental illness, but a measurable physical limitation; probably an excessive inflammation, a disturbance in nerve conduction." Chronic fatigue syndrome is already known among physicians as a late effect after other viral illnesses: Patients suffering after infection with Epstein-Barr virus may be affected. Those who go through a severe COVID-19 course, virologist Ulrike Protzer has observed, are more often affected by late effects - and most often those who had to be treated in intensive care. However, this is a phenomenon that can generally also be observed in other intensive care patients who are not treated for corona: long-term health problems often occur after mechanical ventilation or simply due to the disturbed day-night rhythm.

"It is not currently possible to estimate with certainty how long longer-term effects may last."

The Robert Koch Institute uses a division into different phases to define long covid, which goes back to British researchers: Phase one is the acute phase of the disease, followed by the "subacute" phase from week four to week twelve after the disease and finally the "post-covid syndrome", under which symptoms are summarized that still occur more than twelve weeks after the disease. "People suffering from long covid are not contagious," says the Robert Koch Institute, and continues, "It is currently not yet possible to estimate with certainty how long long-term effects can last, how well they can be treated, and how large a proportion of those affected will carry permanent effects. In particular, little is known about the long-term health effects in children and adolescents."

The latest British study now provides some clues. According to the study, women are affected more often than men, and older people more often than younger people (3.6 percent of 17-24 year-olds compared with 5.8 percent of the most severely affected 50-69 year-olds). Patients with pre-existing conditions are more likely to experience symptoms.

Another new feature of the British study is that it is the first to use a control group: According to the twelve symptoms typical of Long-Covid, parallel groups of subjects who had not undergone coronavirus infection were also asked. Up to 24 weeks after corona disease, these symptoms occur significantly more frequently among the patients than in the comparison group; thereafter, however, they are observed with similar frequency. This may be due to the "relative ordinariness of these symptoms in the population at any given time," the researchers conclude. "The good news is that in the group of two- to 11-year-old children, long-COVID symptoms were not more common in the study than in the comparison group," Ulrike Protzer points out. "This is so important because, after all, we cannot protect these children by vaccination."

Special outpatient clinics that deal with Long Covid Syndrome now exist at almost all major hospitals in Germany. However, virologists are rarely employed there; most often it is a team consisting of experts for cardiological, pulmonological, neurological and psychosomatic diseases. "Such a broadly specialized team is also necessary," says Munich researcher Ulrike Protzer, "because the clinical picture is so tremendously mixed."