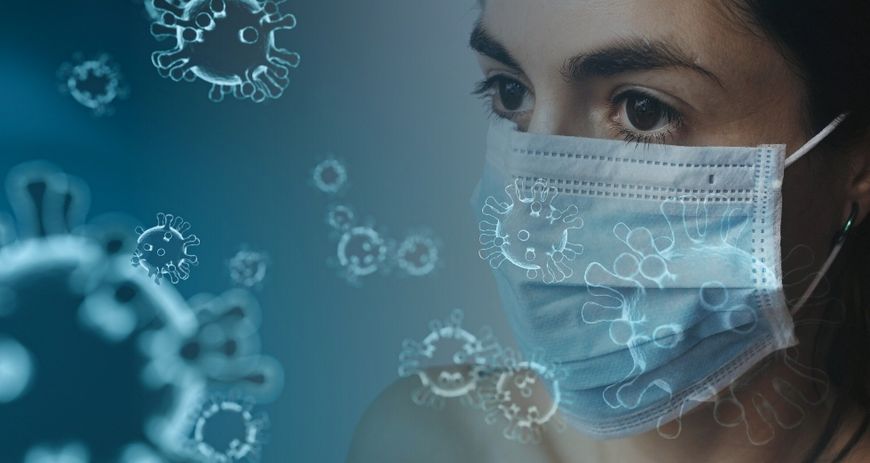 What damage is potentially left behind after surviving an infection?

A small proportion of those infected with the novel coronavirus continue to suffer its consequences even months afterward. Researchers now want to get to the bottom of whether and why COVID-19 can lead to long-term damage.

The novel coronavirus not only attacks the lungs in the acute phase—in some cases, it can also cause long-term damage to health. This realization is gradually becoming clearer. But there are still questions regarding the impacts that can occur and their likelihood. Right now, the long-term effects of COVID-19 are one of the most researched fields in medicine — for good reason. “Even in asymptomatic cases, significant lung changes are found in half of patients. But individuals who have survived COVID-19 may not only suffer damage to the lungs but to other organs too, such as the heart or taste buds, or might experience persistent sensory disorders — as we are seeing in at least a small percentage of patients,” says Ulrike Protzer, Director of the Institute of Virology at the Helmholtz Zentrum München and Director of the Institute of Virology at the Technical University of Munich. Nonetheless, it has proved impossible to make any scientifically validated statements about these long-term effects so far; after all, the virus itself has only been around for a few months. But many of the signs point in this direction.

These apply in particular to the organs the virus attacks first — the lungs. The lung cells can be damaged by the inflammatory response the virus triggers. Fibrosis of the lungs can occur if the course of the disease is particularly severe and long-lasting. In this case, healthy lung tissue is replaced by connective tissue, which then hardens and becomes scarred. This makes it harder for oxygen to reach the blood vessels. The body can only reverse this type of lung fibrosis very slowly, if at all, and lung capacity is usually permanently reduced. Those affected experience shortness of breath after just a small amount of exertion. “Some patients say that they still can’t do as much even weeks or months after recovering from COVID-19,” says Protzer. She says it remains to be seen whether these limitations slowly disappear over time.

It is clear, however, that the virus not only attacks the lungs but other organs and organ systems as well. For example, an increased number of blood clots occur in the vascular systems of some COVID-19 patients. “Studies indicate that severely ill patients experience a 20 to 30 percent increase in these types of blood clots,” says Melanie Brinkmann, a virologist at the Helmholtz Centre for Infection Research in Braunschweig. But we still don’t know what causes them. “One possibility is that the virus directly infects and damages the endothelial cells that line the blood vessels,” Brinkmann says. Laboratory studies have already demonstrated that SARS-CoV-2 can also affect the endothelial cells in nerve tissue.

Blood clots can occur in the legs or lungs, among other locations, with serious consequences: It is becoming increasingly clear that those who become severely ill with COVID-19 are at greater risk of heart attacks, strokes, and pulmonary embolisms. All of these frequently lead to longer term problems. For instance, paralysis as well as speech and vision disorders have been observed in some COVID-19 patients; these impairments can presumably be attributed to strokes. Studies also suggest that a quarter of all deceased COVID-19 patients died of cardiovascular diseases.

Damage to the kidneys, liver, and brain

COVID-19 patients also suffer kidney and lung damage at above-average rates, with kidney failure occurring in more than a third of those who become severely ill. In a few cases, the virus has even been found in spinal fluid. This can trigger an immediate infection in the brain known in medical terms as meningoencephalitis. This can also have long-term consequences, such as permanent cognitive problems and memory impairments.

In addition to the ways the virus itself attacks the body and the inflammatory responses it triggers, the use of ventilators, which are often needed in severe cases, can also lead to problems. “Many COVID-19 patients are on a ventilator for more than a week. This results in further damage to the lungs. Our experience of using artificial ventilation for other illnesses has shown that patients are still short of breath months later,” Protzer says.

The overall risk of complications is low

Despite all these proven short or long-term effects, the good news is that the vast majority of COVID-19 patients recover without any lasting damage. “All signs indicate that the milder the case, the lower the risk of long-term damage,” says Protzer from Munich. And the majority of cases would appear to be mild, with only three to four percent of patients requiring treatment in intensive care units.

The risk of becoming severely ill is greater for those with underlying conditions such as high blood pressure and diabetes, as well as the eldelderly. According to what we now know, older people with pre-existing conditions are also at greater risk of suffering longer-term damage and impairments after being infected. This makes sense, because organs that are older or already damaged typically take longer to recover or only recover to a certain extent compared to healthy organs.

In other words, patients with no underlying conditions who only suffer a mild case of COVID-19 have relatively little to fear. But even they aren’t completely safe from complications, Protzer stresses. She says that this, too, is only the likely outcome and that even younger and otherwise healthy patients who initially only fall mildly ill can also experience complications such as a heart attack or stroke.

In April, for example, the Munich-based virologist treated a young, athletic patient who had become infected on a skiing trip to Austria and spent a few days in the hospital with moderate symptoms. “A couple of days ago, I received a call from the patient— he was concerned because he still gets out of breath after one flight of stairs,” Protzer says. She hopes that cases like this continue to be the exception.