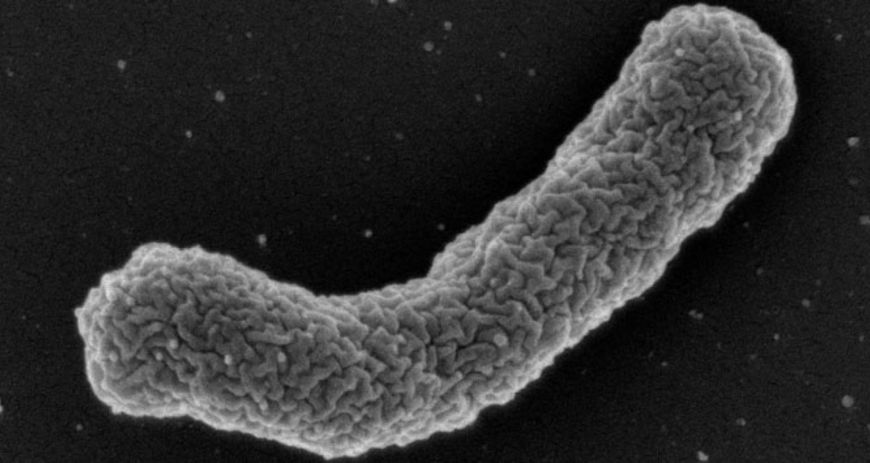 “We are often times left empty-handed.”

Research scientists have discovered a new antibiotic that is effective against numerous resistant germs. Tanja Schneider from the German Centre for Infection Research explains how the scientists were able to track down the active ingredient, and why success stories are so rare when combating bacteria.

A team from Northeastern University in Boston under the direction of the biochemist Kim Lewis, has recently discovered a new antibiotic with the name Teixobactin. It is the first in a new class, and kills even resistant germs including mycobacteria, which cause the fatal disease tuberculosis. Tanja Schneider, biologist at the University of Bonn and Director of a junior scientist group at the German Center for Infection Research, participated in the project. She explains in the interview how the scientists tracked down the active ingredient, and why success stories are so rare in antibiotics research.

Frau Schneider, what can we expect from this new active ingredient?
Teixobactin is effective against numerous resistant germs that tens of thousands of people die from every year worldwide. This includes many problematic germs such as the tuberculosis pathogen Mycobacterium tuberculosis and multi-resistant bacteria that are widespread primarily in hospitals. This active ingredient involves a new class of substance. We assume that, based on cause-and-effect mechanisms, resistant bacteria develop only after several decades.

When is it that Teixobactin could be approved as an antibiotic?
In six years at the earliest. The substance must first of all be examined for one to two years in the laboratory. Then it has to go through the clinical test-phase. This involves testing of the antibiotic on human organisms in order to exclude a toxic effect and other side effects. It is only after Teixobactin successfully completes this test phase that it can be approved.

The researchers discovered the antibiotic by means of a promising new detection method. This involves cultivating bacteria in their natural environment. What is it that makes this method so special?

The biologist Tanja Schneider is a private lecturer at the University of Bonn and Director of a junior scientist group at the German Centre for Infection Research. She has been conducting research for more than ten years on the interplay between bacteria and antibiotics. Photo: DZIF

In order to understand this, one must know that many antibiotics are produced from bacteria or fungi. Only one percent of these micro-organisms was able to be grown in the laboratory, however. With the new method, there is a 50 percent rate of success. The special thing here is that Kim Lewis and his team grow the bacteria in their natural environment, thus enabling their cultivation. This involves placing the bacteria from soil samples into the chambers of a plastic plate called iChip. The chambers are covered with membranes that are permeable to nutrients and other growth factors. Then the iChip is embedded in the ground for one to two weeks. During this time, bacterial colonies form, which can be subsequently domesticated in the laboratory. By using this new method, the research team led by Kim Lewis has been able so far to analyse 10,000 previously uncultivated species of bacteria. In the process they discovered Teixobactin, which revealed itself as a promising antibiotic candidate. I am quite certain that, with the iChip procedure, even more potential active ingredients can be found.

Most antibiotics have been known now in their basic structure for a long time. In the 30 years prior to the discovery of Teixobactin, only two new classes of antibiotics have been approved as pharmaceuticals. Why haven’t we been more successful?
Only a few substances survive the clinical studies. They are frequently toxic for humans, or at least not well-tolerated. In order to receive approval, a drug has to make it over further hurdles; a new antibiotic is supposed to be more effective, for example, than pre-existing competitive products that have already been approved.

Are there other reasons for the low success rate?
Since the 70s, it has become increasingly difficult to find new substances. Back then all of the antibiotics that were actually easy to find and isolate had already been made utilisable for pharmaceutical purposes. From about 1990 on, great expectations were placed on a new method – the so-called “target-based screening”. In this process, enormous quantities of substances were tested in a high-throughput workflow. Unfortunately, many of the tested active ingredients, which bind or inhibit proteins and enzymes in a test-tube, gave no sign of activity in living organisms. In other words they were no match for bacteria, since they were not able to penetrate into cells, for example. This set-back was a real disappointment for many pharmaceutical firms. Based on this, they withdrew from antibiotics research. Today there are only perhaps five large pharmaceutical firms still active in the field of antibiotics research.

How is the situation in general concerning the willingness of large pharmaceutical firms to finance projects in the area of antibiotics research?
That has become a difficult business. The development of antibiotics is often times not very lucrative for pharmaceutical firms. The patients take the drugs for a week, and then they are healthy again. The short time-span for taking these drugs decreases revenue – while remedies for diabetes or cardiovascular diseases are frequently taken over a lifetime, thus making them far more profitable. If possible, one should contemplate the idea of raising the prices of antibiotics so that their development is more worthwhile for pharmaceutical firms. Clinical tests cost several hundred-million euros. Such amounts can not be financed without money from the pharmaceutical sector.

Are there any positive developments as well?
I have the impression that awareness regarding the necessity of antibiotics research is rising once again in many pharmaceutical firms – especially given the fact that pathogens are developing, more frequently, resistant strains. Moreover, there are big firms like MSD that have been conducting on-going research for a long time. We can also mention installations like the German Centre for Infection Research and other initiatives and associations that are intensively dedicated to the topic. The issue here is a consequence of evolution, meaning that bacteria will always develop resistance. Therefore, it is incredibly important that we can keep up the pace in the race against dangerous pathogens. But of course, it’s too often that we are left empty-handed. The discovery of Teixobactin and the resultant deployment of new and effective methods for finding active ingredients now represent incredible progress.

The Method: iChips allow bacteria to grow
99 percent of all bacteria are not capable of being cultivated in the laboratory. All the same now scientists are able, by means of a trick, to get germs to grow; they put individual bacteria into sealed chambers that are permeable for nutrients. The chambers are then placed in the natural environment – in this case into the ground. The bacteria reproduce there and can be subsequently examined in the laboratory.

Antibiotics are substances that inhibit the metabolism of bacteria or even kill them. Those substances are differenct chemicals that are formed in nature mainly by fungi or bacteria, to protect themselves against other bacteria. Research were able to produce artificial antibiotics in the laboratory. Antibitcs can be divided by various criteria: their chemical structure, the effectiveness or their site of action. More information on the subject can be found on the website of the Helmholtz Centre for Infection Research.