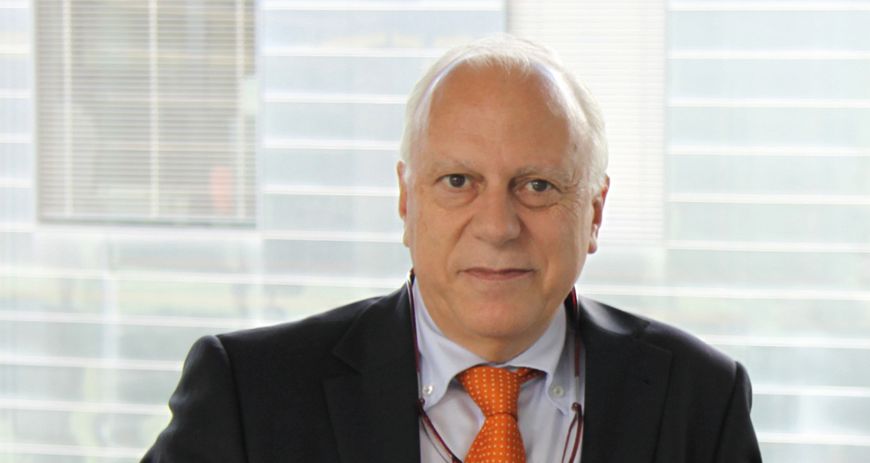 Prof. Pierluigi Nicotera, Chairman of the Executive Board of the German Center for Neurodegenerative Diseases (DZNE). Photo: Daniel Bayer

“The greatest gift of my career”

Founding Director of the DZNE, Pierluigi Nicotera, talks about what has been achieved in the 10 years of the Center’s existence, about painful setbacks suffered – and about the questions he most frequently hears during informal conversations.

Mr. Nicotera, the German Center for Neurodegenerative Diseases (DZNE) was founded exactly ten years ago and since then it has grown dramatically. Today you have around 1,200 staff members from a wide range of disciplines. Despite all this diversity, is there one criterion that all researchers who work on neurodegenerative diseases must fulfill?

I think so. First of all, they have to understand the physiology of the brain; that is a highly complex subject. And secondly, they need to have very good observation skills to draw the right conclusions from clinical trials or epidemiological studies. This has always been the case in our field. What I find particularly fascinating, however, is the direction in which research is developing.

Has much changed in this area over the past ten years?

Oh yes. Information technology, in particular, is playing an increasingly important role. Nowadays we use big data management and artificial intelligence to model the complex processes of the brain and evaluate the enormous quantity of research data. These are extremely significant developments and they also present our researchers with new challenges. I will give you a second example: Neuropathology has always been a key discipline for research into neurodegenerative diseases. This field is increasingly developing towards molecular studies as a result of modern technology. This helps us to better understand the specific processes in each individual brain.

Have you not forgotten an important aspect regarding the common characteristics of researchers in your field?

Which aspect do you mean?

For example, the ability to deal with disappointments and setbacks.

Ah, you’re alluding to the substance Aducanumab, which was the focus of a clinical trial run by pharmaceutical companies that was recently discontinued, aren’t you?

Exactly. The trial was already at a very advanced stage and a great many hopes were placed on this new substance worldwide.

I think that scientists in all areas of research have to cope with setbacks, and it’s no different in our case. It’s simply an unavoidable part of research, even though I feel very sorry for the patients and their families, who were hoping for a new drug in this particular case.

So why is it that dozens of trials for potential Alzheimer’s drugs are currently failing? After all, Aducanumab is not an isolated case.

Many of these trials start from the same point: With the help of antibodies they hope to combat amyloid beta, which is a key protein in the development of Alzheimer’s. And there are two problems here: Firstly, working with antibodies in the brain is not particularly effective because a range of side effects can occur. And secondly, all of these trials admitted patients who were already showing early signs of Alzheimer’s disease. However, we now know that the pathological processes in the brain start more than a decade earlier – so perhaps these therapies are simply being used too late.

What does that mean for your research?

We are working on identifying new targets for future therapies in the body. It is a matter of finding molecules and mechanisms on which substances can act. I am optimistic about this because research is constantly discovering new relationships in the development of Alzheimer’s, and of course new approaches to therapy also arise through these. Anti-inflammatory therapy strategies potentially represent one such approach. In recent years, it has been established that the brain’s immune system plays an important role in Alzheimer’s. And if it is possible, for example, to detect the disease earlier with the help of appropriate biomarkers, this can also open up completely new opportunities. In the end, it will always be a combination of therapies that is used in the case of each specific patient.

How frequently are you asked when it will be possible to cure Alzheimer’s?

That is the question that I am asked most frequently in informal conversations. I always respond like this: I would love to solve the problem before I myself am affected. And as I am now 63 years old, we need to make haste.

Why are you optimistic that Alzheimer’s can be cured?

Look at other diseases: How long did it take, for example, to discover effective therapies for cancer? Nowadays they are far better than they were in the early days. Or HIV: In the past this was a hopeless diagnosis, every patient automatically developed AIDS. Today, it is possible to keep the condition under control. The same is likely to happen in the case of neurodegenerative diseases; you must not forget that our field of research is still relatively young.

How significant a role do Alzheimer’s and other dementias play in the work of the DZNE?

Alzheimer’s is the neurodegenerative disease that affects the largest number of people, followed by Parkinson’s. Frequently, however, different clinical conditions occur simultaneously, such as dementia and diseases of the cardiovascular system, for example. We have experts in all these fields, and I believe these links are very useful: Several neurodegenerative diseases have common characteristics and, if we have a breakthrough in one area, it is hoped that we can make progress in related fields.

If you look back over the ten-year history of the DZNE, what is your assessment of the results achieved?

I would say that we have been able to make a difference in a number of different fields. Our scientists have contributed to a better understanding of disease mechanisms, for example, and have identified biomarkers that may be useful in early diagnosis and in the development of new therapies. What’s more, we have developed measures that can significantly improve the care and quality of life of people with dementia. I am proud to work with so many great scientists. Being able to set up this institute, where researchers at ten different locations collaborate rather than compete with each other – this has been the greatest gift of my career. And in my opinion, the fact that institutions with very similar structures to ours are currently emerging in countries like the United Kingdom, Australia, and Canada confirms that our founding committee members’ vision was indeed correct and significant.

Together against dementia: 10 years of DZNE (Press release)