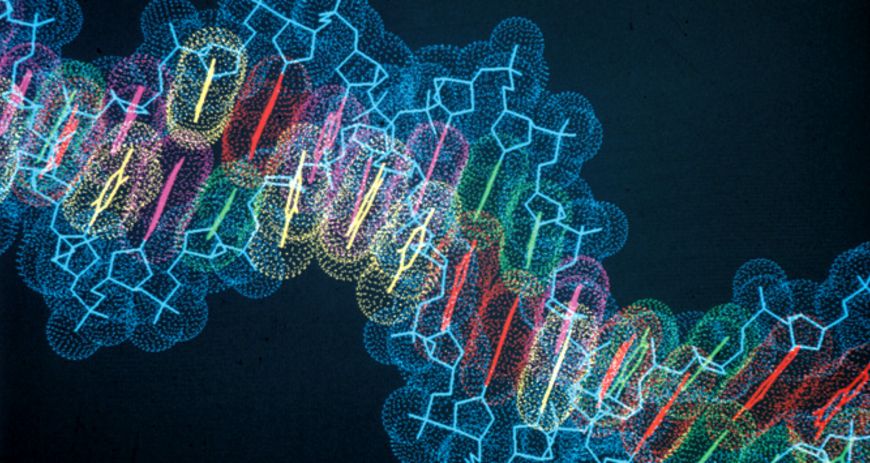 Obesity causes epigenetic changes in almost 200 loci along the human genome. This has been shown by the largest international study on this topic to date. Researchers hope that the results will open up new ways of predicting the course of diseases such as age-related diabetes.

The research team set to work in April 2013 with a plan to test more than 10,000 blood samples. The core group, consisting of eleven scientists, wanted to find out whether there is a connection between Body Mass Index (BMI) and epigenetic changes in humans. If this could be shown, it would become possible to predict whether obese people are more predisposed to certain diseases, e.g. diabetes, cardiovascular disease, and metabolic disorders. This is an issue that could affect an estimated one-and-a-half billion obese people worldwide. The results now available, however, give hope.

“The approximately 25,000 genes in each human being hardly change at all over the course of a lifetime,” says Christian Gieger. “However, their environment does. The so-called epigenome, i.e. everything that happens on and around the gene, can be influenced by our lifestyle. This means it is not the DNA itself that changes, it’s the way the DNA works.” Gieger directed the study together with Harald Grallert from the Department of Molecular Biology (AME) at the Helmholtz Center in Munich. It was published in “Nature” in December 2016.

In the early stages, the scientists found 207 gen loci in approximately 5,400 samples that had undergone epigenetic changes depending on the test person’s BMI. These loci were then tested in blood samples from just under 5,000 other test persons, and 187 of them were confirmed. “The 187 loci are replicable,” says Harald Grallert. “This is why we believe we are on the right track.” Other investigations and long-term observations clearly showed that most of the changes were a consequence of obesity and not its cause.

Until now, hardly any research has been conducted on how obesity changes the epigenome. However, the constant improvements in technology have now made this possible. In the world’s biggest study of this topic to date, the team worked with a new technology that covers most of the human epigenome. They used it to investigate the methylation patterns, i.e. the presence or absence of methyl groups on the DNA. Here they found numerous changes in gene segments that influence the metabolism. “Significant changes were found in particularly on the genes that are responsible for fat metabolism and substance transport,” says Harald Grallert. “Genes that are responsible for inflammation were also affected.” The team was also able to identify genetic markers that can be used to predict the risk of age-related diabetes. “This means that we can recognize in good time whether or not the patient belongs to a risk group,” says Grallert.

“Unlike hereditary mutations, epigenetic coding is in principle reversible,” adds Gieger. “This is why, along with new diagnoses, the results may in theory lead to new treatments for diabetes and other epigenetically inherited diseases.” However, the results are still far from being ready for practical use. “We are cooperating closely with clinical partners so that we can move as quickly as possible from basic research to practical applications.” Nevertheless, this may still take years.

“Our results show the signal pathways that are influenced by obesity,” says Christian Gieger. “We hope this will lead to new strategies for predicting age-related diabetes and other obesity-related diseases, and ideally also for preventing them.” In the future, the researchers aim to investigate how individual epigenetic changes affect the activity of the underlying gene as part of their translational research at the German Center for Diabetes Research.

Under certain circumstances, the epigenetic changes may affect succeeding generations. Almost one year ago, a team from HMGI published a study in cooperation with the Technical University Munich and the German Center for Diabetes Research showing that mice which  were fed a diet that made them obese and which consequently developed diabetes passed on the epigenetic changes to their offspring. However, investigations into whether the same applies to humans have yet to be performed.