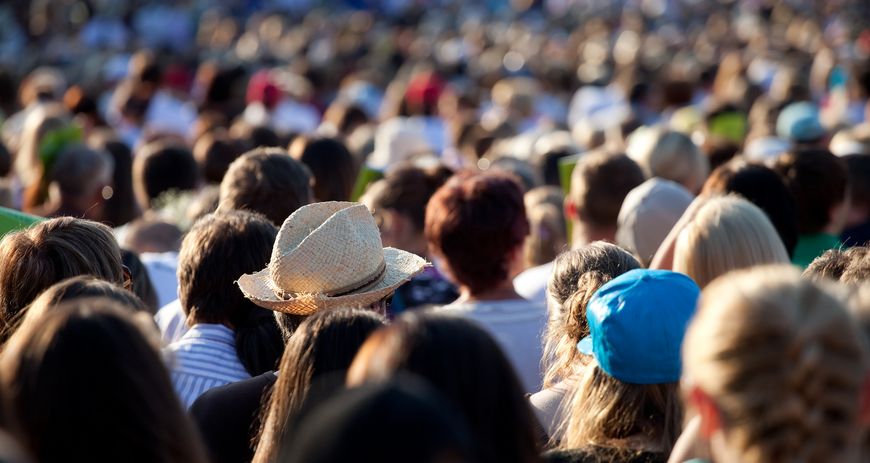 The survey due to start in the coming year will be on a grand scale, with 200,000 subjects set to take part in the biggest German long-term health research project to date. Interview with research scientists Karl-Heinz Jöckel and Karin Halina Greiser on blood samples, data protection - and the hope of new therapies

A survey on this scale is unprecedented in Germany. Why hasn't it been done before now?

Karl-Heinz Jöckel: Well, we have been working on the concept of the National Cohort for some time now. The first working group was set up back in 2009 with a planning brief and instructions to conduct preliminary studies. We also had to draw up a survey plan which satisfies the criteria for modern-day medical and epidemiological research. We have written policies on ethics, data protection and IT which have been checked by independent auditors. This has all taken a great deal of time. But it has been worth it and we can hardly wait to start working with the first subjects.

Which illnesses will you be putting under the microscope?

Karin Halina Greiser: The main focus will be on chronic illnesses which are very relevant to society, such as cardiovascular diseases, cancer, diabetes, lung diseases, dementia and depression, but we will also be looking at musculoskeletal disorders, kidney disease and gastrointestinal diseases.

Can this study ultimately answer all the questions about the origin of common conditions and widespread diseases?

Jöckel: Some questions will always be unanswered - it would be foolish to suggest otherwise - but the National Cohort study will add considerably to our knowledge base and will be of immense importance for further research into common conditions, their origin and prevention.

Greiser: The focus will be on the early and preliminary stages of illnesses. We are therefore allowing for a long period of observation in order to follow up the subjects at regular intervals and to obtain information on the state of their health. This will enable us to look back, for example, and see whether there were existing factors which were more pronounced in subjects who subsequently became ill than in subjects who remained in good health.

The study is based on a huge number of volunteers. But how do you find 200,000 people who keep going to the doctor for decades?

Jöckel: Hold on - we are not stipulating constant consultations with doctors which continue over decades. There will be two checks over the course of about 10 years. And the subjects will be selected by random from the files of residents held at district registration offices. We will then send out detailed information and a consent form which will be discussed at length. The subjects will only be enrolled in the study once they have signed the form. Naturally the statement of consent can be revoked at any time.

To come back to the time factor, how long will it take to take part in the survey?

Greiser: All 200,000 volunteers will need to attend for some basic examinations which will take about two-and-a-half hours. We will conduct more thorough checks on 40,000 randomly selected subjects lasting around four hours. The next examination will not be until about four to five years later. In the meantime the subjects will be sent questionnaires every two to three years and asked to record any changes, perhaps regarding their lifestyle, for example.

Do the subjects also stand to benefit from the survey themselves, given all the time it will take?

Jöckel: They will get an expense allowance, mainly to cover their travel costs. And they will receive a letter after the examination summarising the main findings, if the subjects wish to be informed.

Greiser: Naturally, both the medical diagnosis and the treatment are subject to the consent of the colleagues at the hospital and the medical practice. The results of the examination can give reason to consult the relevant doctor, however, in order to discuss further steps.

If I were one of the chosen subjects, what could I expect to happen on a typical check-up day?

Greiser: The examinations will take place in the study centre in your area. We will start by recording basic information like your blood pressure, lung function, height, weight, power of concentration and memory. We will ask questions about your lifestyle, such as diet and exercise, and about other factors, such as education, excessive demands and stress or respect and recognition at work. The medical staff at the study centre will take various samples, such as blood, urine, saliva and stool samples, which will be stored in a biorepository. Then you will be able to go - unless you are one of the 40,000 subjects randomly selected for the extended programme. If you do remain behind, we will also ask about your sleeping patterns, do an ultrasound scan of your heart and an electrocardiogram (ECG).

What will happen with the data?

Greiser: The study is subject to a strict data protection policy. It has to be because we will be collecting so much information and so many samples - we are currently estimating that there will be about 20 million biological samples. All the data will be centrally collated and encrypted so that it is not possible to identify individuals and obtain information about their personal circumstances. It will only be possible to identify a person through the independent trust agency or the management office in the relevant study centre.

Are there any comparable studies in other countries?

Jöckel: Something similar is being set up in France and there are also comparable studies in Great Britain, Sweden, Holland, Canada and China. The National Cohort study in Germany is unique in a number of ways, such as in its complexity and depth. Yet it is designed to be as compatible as possible with other international studies. The fact that data on specific issues can be combined is a great advantage when conducting research into rare illnesses and needing a very large number of subjects.

Will the results lead to new therapies in the foreseeable future?

Greiser: We want to identify risk and prevention factors for certain illnesses. Ideally this will lead to improvements in prophylaxis, early detection and diagnosis. The results of the first follow-up studies based on the data will be available in the next few years. It is entirely possible that the data will lead to the development of new approaches to treatment in a second phase. But who knows what the future will bring and, as always in research, it is impossible to make a prediction.

The biggest long-term health survey ever is due to be launched in Germany, with the medical data of 200,000 subjects from all over the country set to be recorded in a National Cohort study extending over one to two decades. The research scientists are hoping it will provide conclusive data on the origin and prevention of common conditions. The scientists involved in the study are from such establishments as the Helmholtz Association, the universities and the Leibniz Association. The examinations are scheduled to start in 2014.