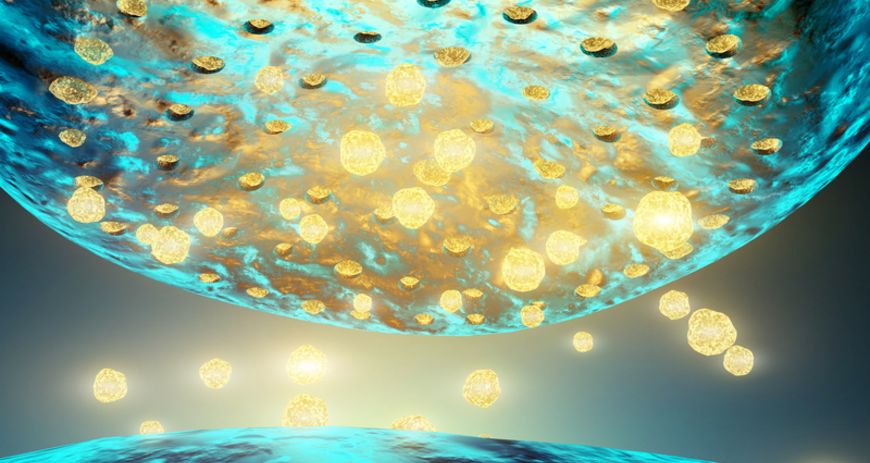 Each cell is a complex and well-organised factory, within which biochemical substances perpetually have to be transported from one location to the other. Yet how does the cell manage to transport the right substances to the right location at the right time?

So-called vesicles serve as transport vehicles within the cell - small bubbles enclosed by a lipid membrane. Proteins that work like address labels on the vesicles play an important role in regulating the brisk traffic of vesicles within the cell. This year's Nobel Prize in Medicine went to German-born Thomas Südhoff and two US-American scientists for their discoveries of machinery regulating vesicle traffic.

Thomas Südhof has worked particularly on the question of what regulates the fusion of vesicles with the cell membrane in nerve cells. The human brain contains approximately two septillion synapses - 10,000 times more than there are stars in our Milky Way. Every time a nerve impulse is transmitted from one nerve cell to another via a synapse, vesicles of one nerve cell fuse with the outer membrane and discharge neurotransmitters. Südhof has researched how exactly this cellular machinery works and is regulated. Amongst other things, he was able to show that the vesicles are already docked onto the membrane. A molecular switch that is triggered by calcium ions causes the vesicles to discharge their load.

The mechanisms of the "secretory pathway" - the professional name for vesicle transport from within the cell to the exterior - are the same in all higher cells. This is indicative of the fact that these mechanisms were developed at a very early stage of evolution. Thomas Südhof works with nerve cells, Randy R. Schekman with yeast cells. These are particularly well suited for researching the genetic mechanisms of transport processes. Schekman has identified and described a multitude of genes that play important roles in the transport mechanisms.

The transport system is of fundamental importance for the correct functioning of cells and exists in all types of cells. This helps to explain also the diverse range of diseases involving malfunctioning of the system. "Insulin is transported from pancreatic cells via the secretory pathway - an important starting point for diabetes research. The neuronal mechanisms Thomas Südhof studies play a role in dysfunction of the neuronal system", explains Thomas Sommer from the Max Delbrück Center for Molecular Medicine (MDC) Berlin-Buch. Therefore, the discoveries have significantly contributed to understanding a whole range of different diseases. "Already, there are many interesting clinical research studies, some of which may lead to new forms of treatment in the near future", says Sommer.

Thomas C. Südhof was born in 1955 in Göttingen, studied medicine at the RWTH in Aachen, at Harvard University and at the University of Göttingen and gained his PhD at the Max Planck Institute for Biophysical Chemistry. He moved to the USA in 1983. Today, he works and teaches at Stanford University.

James E. Rothman was born in 1950 in Haverhill, Massachusetts. He studied at Yale and Harvard. He later worked at the MIT and at the universities of Stanford and Princeton. Since 2008, he researches at Yale University in New Haven.