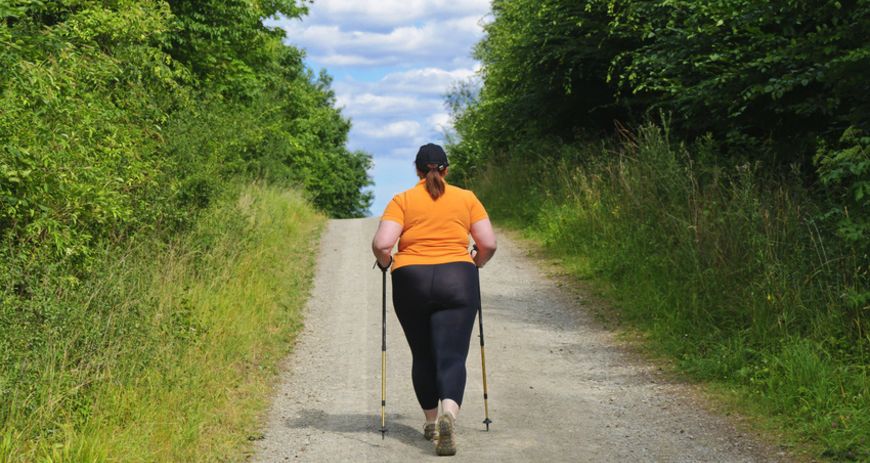 Across the globe, some 250 million people suffer from the medical condition of excess body fat. Researchers from the Max Delbrueck Center for Molecular Medicine (MDC) Berlin-Buch, a member of the Helmholtz Association, collaborate with scientists from Brazil to find out more about the causes of this condition. An interview with Michael Bader, Head of the Research Group "Molecular Biology of Peptide Hormones" at the MDC.

Professor Bader, you and your Brazilian colleagues recently were awarded funding as an International Helmholtz Research Group for your research on weight problems, or to use the medical term, obesity. Why did you have to travel so far to conduct this kind of research? There’s plenty of obesity here in Germany.

Obesity is a global problem, which is no longer only found in developed countries. The number of morbidly obese people in Asia, Africa and Latin America is increasing at an alarming rate. In Brazil, for example, the number of obese people rose by a shocking 50 percent between 2006 and 2011. This was an increase from 11 to 16 percent of the Brazilian population. A sure cause is the spread of an American and increasingly European lifestyle – in other words, too much fatty food and not enough exercise. That’s why our Brazilian colleagues, with whom we’ve worked for 20 years now, are very interested in finding effective treatments.

Everything about obesity seems to have already been said. What is really new about your findings?

We looked at a special hormone system, the kinin-kallikrein system, which has not previously been linked to the development of obesity. This hormone system is responsible for a number of key bodily functions, including muscle movement, regulation of blood pressure, blood coagulation and sensitivity to pain. It also regulates the hormone leptin, which supresses hunger. During tests on mice, we switched off the receptor B1 gene, which is probably partly responsible for obesity, and subsequently fed the mouse model a high-fat and high-calorie diet over a period of seven weeks. Amazingly, the mouse didn’t become fat despite the fatty food.

It sounds simple – no receptor, no problem.

Unfortunately though, it’s more complicated than that. Since the receptor is also responsible for a number of other important bodily functions, we can’t simply shut it down at will. All we know so far is that the receptor must play a certain part in the development of obesity. We have to work with our Brazilian colleagues to find out exactly how it all links together.

Do you think that your findings will have any direct effects on how obese patients are treated in the future?

Well, of course we hope that our discovery will help the fight against obesity, but first we have to find out exactly how the receptor functions in the body. Only then can we say whether it is this particular gene, or whether there are other mechanisms that counteract the disease. The industry is taking similar approaches. Pharmaceutical companies have resources at their disposal, such as extensive substance databases and greater financial scope, which could advance the development of obesity medication. Collaboration in the advanced stages of research is certainly possible.

Some 250 million people worldwide suffer from serious, morbid obesity. Why is it so difficult to develop suitable treatments?

Although obesity is a widespread disease, we’re still taking shots in the dark. It’s unclear what causes morbid obesity and which genes are responsible for it. Obesity is actually only 50 to 60 percent down to genetics – the other half depends on environment and lifestyle. Diet, exercise and attitudes to one’s body are all controllable factors, meaning that everyone can influence their health.

Do you mean that the global increase in obesity isn’t inevitable – that there needn’t be any obese people?

That’s right – even people who are genetically predisposed to putting on weight needn’t be obese. Of course it’s harder for them to stay slim; they have to eat healthily throughout their lives, with a diet low in fat and sugar, and have to exercise regularly several times a week. But there is no need for them to be clinically overweight – genetics haven’t changed in general, or in Brazil. Yet as I already mentioned, the number of obese people is growing, and it’s purely down to our changing lifestyle. In my opinion, the most effective solution would be to educate children from a young age about healthy lifestyles in a better, comprehensive way, so that people don’t become overweight in the first place.

Everyone is talking about individualised and personalised medicine. Could this work for obese patients?

Definitely, because everyone has a different genetic makeup. If we knew exactly why every obese patient was prone to the disease, this would be a huge step forward. Individualised medicine is still at an early stage, but we are making progress. There are now extensive studies into the genome that sort subjects into various categories in order to find the genes which are responsible for specific illnesses. The largest ever long-term health study in Germany will help us to reach this goal. It is due to begin in 2014 and will examine up to 200,000 people in the next 20 years. It’s simply a matter of time until we can treat specific cases of disorders, including obesity, individually.
In the next three years, your group will receive a total of EUR 300,000: EUR 150,000 from the Helmholtz Association and EUR 150,000 from the São Paolo Research Foundation (FAPESP).

Do you already know how you’re going to use the money?

In Germany, we’re going to provide funding for a doctoral student to conduct three years of research, and we will invest a certain amount in equipment. Some of our funding will also go towards our collaborative research, which demands a constant exchange with Brazil, and therefore regular trips.

Brazil isn’t exactly nearby. How does the collaboration work?

We try to see each other on a regular basis. Communication via video conferences, e-mail and telephone is certainly effective, but it isn’t sufficient for actual research. I travel to Brazil twice a year for one or two months, and our Brazilian colleagues come to the MDC in Germany.

Michael Bader, born in 1958, has been head of the Molecular Biology of Peptide Hormones at the Max-Delbrück Center for Molecular Medicine (MDC) Berlin-Buch since 1994. His studies at the University of Freiburg were followed by a research period at the University of Cambridge. In 1997, he completed his post-doctoral research (Habilitation) in pharmacology and toxicology at Freie Universität Berlin. The title of his work encompassed many areas of the field: "Molecular biological and functional analysis of the reno-angiotensin and kinin-kallikrein systems in transgenic animal models".