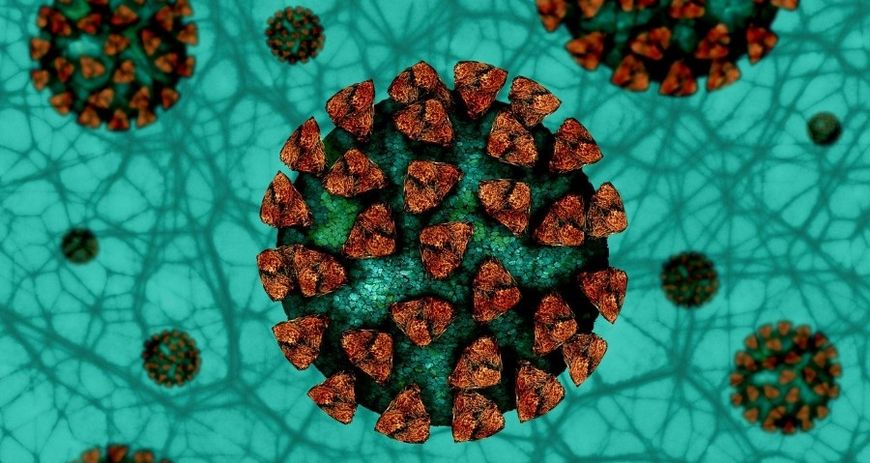 How well are we protected six months after infection or vaccination?

Researchers are gaining a better understanding of how long a passed infection or vaccination protects against the virus. The latest findings are rather reassuring, also with regard to the virus variants.

Carlos A. Guzmán, head of the "Vaccinology and Applied Microbiology" department at the Helmholtz Centre for Infection Research (HZI) in Braunschweig, laughs briefly. "Unfortunately, there is the same answer to all these questions: we don't know." That's no wonder, after all, the virus has only been known for a little over a year; data is still lacking. "Right now, at least, we're gaining some initial insights into what it looks like after periods of about six months," Guzmán says.

Scientists from Copenhagen, for example, have analyzed test data from more than 500,000 Danes. Their study was published a few days ago in the Lancet journal. The result: an expired infection still provides 80.5 percent protection after six months. This means that if 50 out of 100 people who had no previous contact with the virus become infected, then only ten out of 100 people who were already infected will contract COVID-19 again. However, the protection differs according to age: people younger than 65 years are protected to more than 80 percent, whereas in older people the protection after six months is only 50 percent.

Antibodies still in the blood after six months

Another large study of a British biobank with more than 20,000 participants showed that more than 99 percent of those who had contracted COVID-19 in the past still had antibodies against SARS-CoV-2 in their blood after three months. After six months, that number was still 88 percent. Researchers cannot yet say for sure whether the antibody status is similar six months after vaccination. However, there are many indications that antibodies against SARS-CoV-2 are still circulating in the blood six months after vaccination.

"The fact that antibodies continually decrease after an infection has passed is quite normal."

However, antibodies are only part of the immune system's arsenal of defenses against SARS-CoV-2. "It is quite normal for antibodies to continuously decrease after an infection has passed. But that does not mean that the body is therefore less defensible against the virus," Guzmán explains. This is because there are a number of other cells and mechanisms that can provide a targeted defense.

The role of memory B cells and T cells

On the one hand, there are the so-called memory B cells, which are present even after a vaccination and can produce the special antibodies again at any time if required. They therefore provide long-lasting protection. On the other hand, so-called T cells circulate in the body, especially after an infection has passed. Two subtypes in particular are relevant here: The "killer" T cells, also called CD8+ memory T cells, look for body cells infected with the virus and destroy them. And the "helper" T cells, also called CD4+ T cells, ensure that the immune system is reactivated after contact with the virus. In particular, the memory B cells are thus stimulated to produce new, highly specific antibodies.

It is true that T cells do not prevent infection, since they only become active after a virus has entered the body. But because they can then fight the virus quickly and effectively, there are hardly any symptoms. This is also referred to as T-cell immunity. One study was able to show that, without exception, all those who had become infected still had T cells circulating in their blood after six months that can respond specifically to renewed contact with SARS-CoV-2.

Protection after infection could be more comprehensive than after vaccination

Initial studies by BioNTech and Pfizer show that some T-cell immunity is present even after vaccination. However, some evidence suggests that protection after an infection has passed is more extensive and sustained than from a single antigen-based vaccination. With today's vaccines, the body has contact with viral fragments not through the respiratory tract, but through an injection into the arm. "This means, conversely, that there is no specific, local memory immunity in the throat, neck and lungs, because there were hardly any points of contact with the virus fragments here," Guzmán explains. Also to overcome this limitation of vaccination by injection, Guzmán and colleagues at the HZI are currently working on a so-called mucosal vaccine against SARS-CoV-2, which acts as an aerosol via the mucosa - and is also likely to generate appropriate immunization there. So far, there are promising preclinical interim results, and a local immune response of the lung has already been shown in animal models.

Another limitation of the vaccines approved to date: They mainly sensitize against a specific fragment of the virus, the so-called spike protein. "After contact with the whole virus, the immune system has naturally had a more extensive experience with SARS-CoV-2. Therefore, it can be assumed that different parts of the virus are covered here by the immunity that has developed," Guzmán says.

Studies by immunologist Alessandro Sette of the La Jolla Institute for Immunology have already confirmed this: People who have been infected with SARS-CoV-2 typically generate T cells that target at least 15 to 20 different fragments of coronavirus proteins.

But it's not just about the immune system's memory. It's also about the virus changing. "The mutations and newly created variants are the biggest problem right now," Guzmán says. Some new mutations bring new properties, which in turn can cause unpleasant surprises. For example, there is currently discussion that mutant B.1.1.7, also known as the "British variant," may be affecting more children and adolescents. If the variants change significantly, this can also become a problem for those who have been vaccinated and those who have recovered. After all, what good is it if the immune system remembers an encounter with SARS-CoV-2 for six months or more, but then encounters a virus that the immune system no longer recognizes?

"If the spike protein changes too much, the virus would no longer be infectious."

Here, Guzmán can at least reassure us a little: "With regard to the new variants, it is true that protection is often reduced. But it is still there to some extent. And there is much to suggest that even if you get sick again as a vaccinated or recovered person, you usually have a much milder course."

Another finding also gives cause for hope: Michel Nussenzweig of Rockefeller University in New York has been able to show that the number of memory B cells not only remains constantly high after six months. The cells also form a variety of new antibodies - some of which, in turn, are more likely to be effective against mutations. This is shown by another of Nussenzweig's observations: one month after an expired infection, the B cells of some patients did not react to certain SARS-CoV-2 variants - but after six months, they recognized most of the virus variants. This shows that the immune response after an expired infection or vaccination evolves somewhat over time, even without repeated contact with the virus.

In addition, the virus will not be infinitely mutable. "The spike protein in particular, which most vaccines target, performs an important function by docking with human cells. If the protein changes too much, it loses this ability - then the virus would no longer be infectious," Guzmán explains.

But evolution can still play with the variants of the virus; it seems to be far from having gone through all the mutation possibilities, Guzmán believes. Therefore, more variants will probably emerge in the near future - and raise new questions.