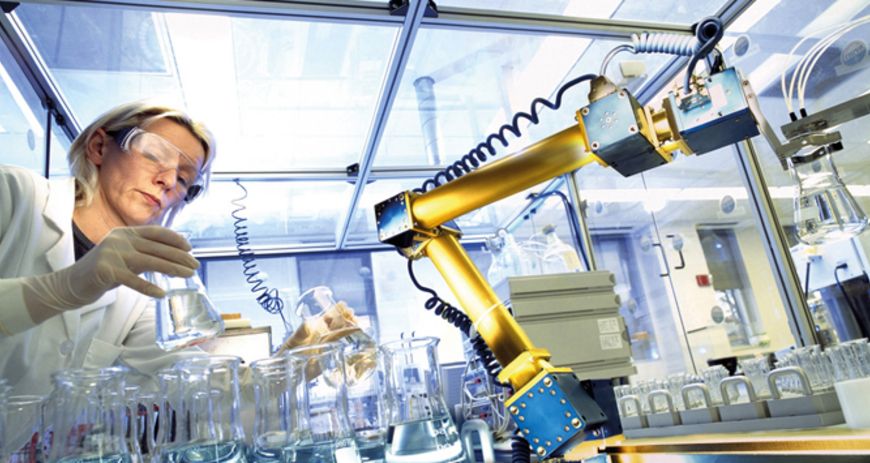 Defeating two diseases with one pill

Scientists are finding, more and more frequently, new effects in tried and tested drugs. This is worthwhile for pharmaceutical firms – and for patients.

Medications are considered by most people to be one of the more uncomfortable side effects of life. After all, we take them at times when our health is not optimal. What typically helps is a tablet for a headache, syrup for a cough, or pills for high blood pressure. But sometimes these aids trigger additional effects that are not necessarily sought after – and these don’t always have to be disagreeable side effects. From time to time, in the process of solving an initial problem, an unexpected solution can arise for something completely different.

Perhaps one of the most well-known examples is a remedy for pain in the head. Acetylsalicylic acid, which under the brand name Aspirin has become the most famous medicine in the world, was originally approved as a drug for pain, fever and inflammation. During widespread use however it became apparent that patients bled more rapidly when they took the drug: This was recorded at first as an undesirable side effect. But soon the producer Bayer had an idea and applied for an additional authorised use of Aspirin – for the treatment of clotting disorders. Ever since then, acetylsalicylic acid also serves as prevention against heart attacks or strokes that frequently occur as a consequence of a blood clot. This active ingredient, which in the mean time is processed by other producers, is taken daily by millions of people who are at risk.

There have been similar breakthroughs now and again in the course of the past 100 years. For pharmaceutical enterprises, a new field of application for a pre-existing medication is quite practical. “The development of drugs usually takes ten, twelve years. The majority of this time and effort, costing millions, can be saved if the drug has been previously authorised for a different application,” says Rolf Müller, Director of the Helmholtz Institute for Pharmaceutical Research Saarland (HIPS). For example, general compatibility, general tolerance and so-called toxicity have already been examined for the first application – sometimes smaller studies involving alternative dosages have to be carried out. That saves costs considerably. But it is the patients themselves who also have an advantage: if a new application is discovered for a tried and true drug, it can be approved by the authorities very quickly. The patients thus profit early on from its alleged side effects.

Over a long period of time, it was a matter of pure coincidence when research scientists discovered new applications for proven medications. Viagra is perhaps the most amusing example. Studies in the 90s were intended to substantiate the effectiveness of Sildenafil against circulatory disorders of the heart. When the test subjects refused to return the left-over tablets, doctors became suspicious. Finally they found out about the side effect of an extended and improved erection among the predominantly older patients; Pfizer brought Sildenafil onto the market under the brand name Viagra. In 2006, the drug was also finally approved against pulmonary hypertension.

In the mean time, scientists have already thoroughly researched previously approved medications, selectively, for new applications. It is the new molecular-biological and biomedical methods that make this possible. “If for example a cell receptor is identified today that could possibly be considered as an approach for a therapy for a specific disease, then during the so-called assays – these are test runs in which we test the interaction between molecules – the previously approved effective ingredients are tried out first of all,” says Müller.

And new scientific publications are also being systematically scanned for possible starting points. Pharmaceutical enterprises are usually aware of the molecular construction of their active ingredients in detail – and when a new study suggests that there could be a possible connection to another disease, quick testing is done to find out whether the firm’s drug possibly correlates precisely at that point.

The pharmaceutical company Bayer supports an entire department that is continuously searching for new opportunities for applications with their drugs. Almost 30 employees are involved in that they conduct research in other laboratories and cooperate with universities and other firms. They collect information from internal and external research reports, visit conventions and exchange ideas with experts – and they have computer programmes comb through databases for them. In the process, they concentrate not only on the active ingredients that are already approved, but on those that are still in development. “Whenever one of our potential active ingredients generates an unusual effect, that is an interesting reference to a potentially new area of application,” says Ulrich Nielsch, head of the department at Bayer.  The formerly undesired side effects thus transform into new opportunities.

Similar approaches track numerous public and private research institutes worldwide. They mostly even choose a broad approach and avoid limiting themselves to certain active ingredients. “It is generally worth the effort for everyone when we search for new applications for previously approved substances, particularly once the patent protection has expired,” says Rolf Müller from HIPS. Exactly how many valuable side effects are still lying dormant in the available drugs – this has thus far been difficult to assess. But there are still many pleasant surprises ahead of us.