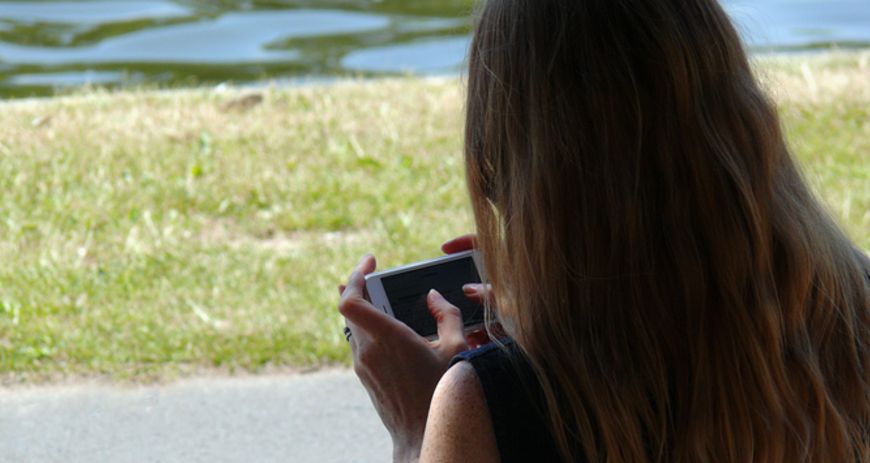 Are laptops and smartphones making our memories shrink?

Telephone numbers, travel directions or Wikipedia are always available with a smartphone in your pocket. Because of this, are we having more problems today with remembering things, or are we just using our grey cells for other activities?

How many telephone numbers do you know by heart?  Presumably not very many. Thanks to the digital “all-rounder” that almost everyone carries around in his pocket nowadays, that’s no longer necessary. Whether that’s good or bad for our mental performance, opinions are now disparate. One group speaks of digital dementia and believes that our capacity to remember things is getting worse. And the alleged reason for this is that we depend on digital memory in the form of laptops, smartphones etc, and don’t train our brains like we used to. The others believe that we disburden our memory in that we transfer factual knowledge to digital media, thus creating more storage capacity for those things that are really important.

Emrah Düzel from the German Centre for Neurodegenerative Diseases (DZNE) is of the opinion that the expression “digital dementia” is inappropriate. “Exposure to digital media can in no way generate dementia”, says the memory research scientist Düzel. “It is more likely the case that, because we are now capable of retrieving information quickly and easily, we are simply less motivated and don’t see a necessity to internalise.” That our memory has deteriorated due to the use of digital media, this is not the case according to a study by two American research scientists – quite the contrary. Scientists Ben Storm and Sean Stone from the University of California are finding out that the digital storage of information makes it easier to learn new information. Study participants were required to memorise two lists of words. For this purpose, they first read List A and then List B. List B, however, was initially prompted, followed by List A. If the participants were allowed to digitally save List A after having read it, and then, after being prompted regarding List B, to look at the stored List A once again – the results from prompting were improved not only for the twice-read List A; rather, these results improved for List B as well. The scientists concluded thereby that our retention capacity actually improves due to the use of digital media.

“It is by all means advantageous when we commit certain things to our digital memory, because this frees up resources in our head”, concurs Simon Hanslmayr, psychologist and memory researcher at the University of Birmingham.  “Basically, we can imagine our memory here as a kind of mental blackboard, upon which things are constantly being written. If we can or want to forget information, either because it is irrelevant or because we have saved it in a different place, for example in a computer, we can just erase sections of the blackboard and create space for new material”, Hanslmayr explains. Moreover, with a kind of self-cleaning mechanism, our brain can also take care of healthy forgetting; emotionally stressful occurrences can thus simply be erased. This phenomenon is called “intentionally forgetting”. “Admittedly, this works quite well sometimes, and sometimes it doesn’t, which is why human beings also react differently to traumatic experiences”, says Hanslmayr.

That we don’t remember everything is thus completely normal and not an internet problem. A solicitor, for example, knows his civil code by heart no better than the pastor knows his bible. But this is not necessary at all, says Emrah Düzel from the DZNE. “It is only necessary to know information well enough to be able to apply it meaningfully, to make connections and to draw conclusions thereby. Our brain certainly functions differently than the hard-drive in a computer – luckily so.” Thus, it is really not bad at all to have a lot of digital information permanently at our disposal. What is important though is to know where. Hanslmayr concludes: “What makes human beings intelligent is less the accumulation of factual knowledge; rather, it is the way they deal with such information and knowledge – and there’s not going to be an app for this any time soon.”

Confronted with digitalisation, however, other challenges for our brain are emerging. Due to the extreme data overload in the internet, we have to deal with an ever-increasing mountain of information. The necessity to quickly classify this into two categories of either “important” or “unimportant” can overtax us at times. “New information is initially good, per se, for the brain”, says Emrah Düzel. “Also the quick change from one subject matter to another can even promote certain cognitive areas: we become more flexible, we learn how to rapidly assume a lot of information and how to investigate a topic intensively”. And this is the crux of the matter that society will have to deal with in the future, Simon Hanslmayr believes: “The huge quantity of digital tools around us is presenting our concentration with almost insurmountable demands. The ability to concentrate on one thing at a time, to go deeply into a subject – without being distracted by incoming emails or text-messaging – is becoming increasingly more difficult. We need neuronal inhibition mechanisms here, in order to resist temptation by not staring at the mobile phone. We have to practice that.” But this effort can pay off in the end. By allowing a party, an excursion with the kids or a romantic evening to run its natural course and become a positive experience, our memory will be glad to save it.