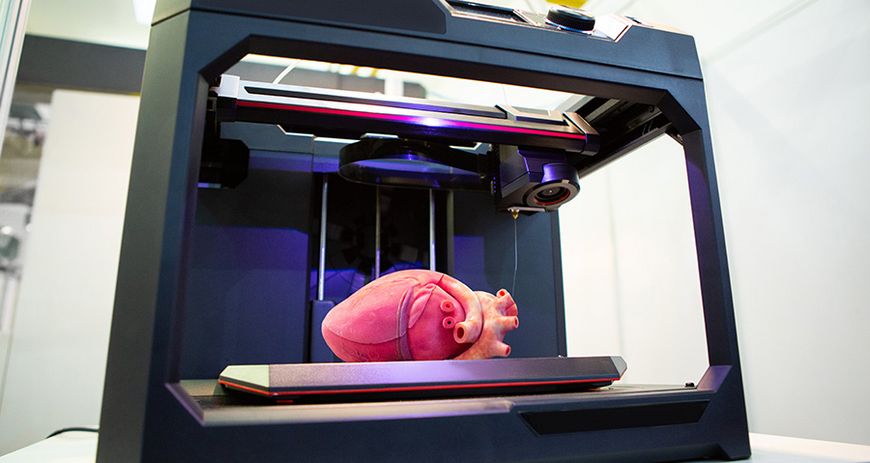 In Germany, there are still too few people willing to donate organs, while patient waiting lists remain long. Today, the Bundestag in Berlin will decide whether this will change. Meanwhile, researchers are stepping up the search for alternatives to donation.

The news from Japan created a stir in 2019: Researchers from the University of Tokyo and Stanford University in California had been given the go-ahead to develop human-animal chimeras and bring them to term. Chimeras are hybrids whose animal bodies are implanted with human cells at the embryonic stage in order to transplant them into a surrogate animal and bring them to term. They are created by injecting human stem cells into an early animal embryo. The embryo is genetically modified so that it cannot produce specific organs. The stem cells step in, so to speak, to form a human organ in the animal body. Such organs could potentially be used for transplantation. The team published its initial findings in Nature.

These experiments have been approved in Japan, but are still banned in many western countries, including the US and Germany. Apart from the fact that the methodology is still evolving, ethical concerns have also led to sharp criticism. Karl Lauterbach, a health policy expert and SPD Member of Parliament, said that growing human-animal hybrids to serve as “human organ factories” would be an “extreme ethical violation.” The method relies on what are known as induced pluripotent stem cells (iPS cells). The stem cells are reverse engineered from somatic cells such as skin cells through reprogramming and can develop into any type of tissue.

Peter Dabrock, Chairperson of the German Ethics Council and a theologian at the University of Erlangen-Nuremberg, counsels against unduly dramatizing the research: “While the resulting organism does contain animal and human cells, it is worth noting that these are not mixed,” emphasized Dabrock. “The Ethics Council draws a red line at animal-human hybrids. Animal-human hybrids are true hybrids, in which every cell in the body contains genetic material from an animal and a human at the same time. Producing such a hybrid would risk blurring our understanding of the boundary between humans and animals,” said Dabrock.

“The Ethics Council draws a red line at animal-human hybrids.”

One thing is certain: Given that more than 9,500 people are currently awaiting organ transplants in Germany with far too few donor organs available, new ideas for methods that replace organ donation after brain death are needed in the long term. These might, for example, include 3D printed organs or even better strategies to prevent organ failure in the first place.

Whereas 961 organ donors were still available in 2013, only 695 were available in 2019 according to the German Organ Transplantation Foundation (DSO). The trend is downward, and even individual years with a slight increase cannot change that. Today, the Bundestag is set to debate new organ donation rules in the event of death.

Experts define organ care as measures that prevent or alleviate cardiovascular, liver or kidney disease, which can lead to serious organ damage, for example. Its usefulness is evident in the field of lung transplantation, for instance. “Lung transplants are certainly the most challenging, and the expected survival time of patients is often still quite short, perhaps three to five years even after transplantation,” said pulmonary biologist Ali Önder Yildirim, who heads up a research group at Helmholtz Zentrum München that deals with inflammatory processes in lung disease. He also stressed the need for greater preventive care. And this is not so difficult when it comes to lung disease. “We have to invest more money in anti-smoking campaigns. It’s true that fewer middle-aged people smoke, but too many young people are still taking up smoking,” said Yildirim.

The close “cooperation” between the heart and lungs also explains why lung transplants are so challenging. Heart disease, such as congenital heart defects, can cause high blood pressure in the lungs and damage them. Conversely, lung disease can lead to heart failure.

Apart from the shortage of available donor organs, another problem is the time factor, as a removed organ must be transplanted quickly. According to Ali Önder Yildirim, this is often why a successful transplantation fails. It is therefore important to push forward with research into keeping donor organs viable for longer. “Once a lung becomes available, we have only six hours to transport it from the donor to the recipient and implant it. We’re working on hopefully at least doubling this at some point.”

3D printed organs in the near future?

However, it is also clear that even the best preventive care cannot entirely eliminate the need for organ transplantation. Therefore, scientists are also exploring ways of perhaps completely dispensing with post-mortem donor organs in the future. 3D printed hearts, kidneys, lungs, and pancreases developed from tissue mass – might that work? Israeli researchers recently printed a prototype of a heart made of human tissue. The principle behind it – the use of pluripotent cells – is similar to the chimera experiments in Japan mentioned earlier. In this specific case, the Israeli researchers grew heart muscle cells and endothelial cells, which line blood vessels, out of fat cells. However, there is still a very long way to go before clinical use.

“Researchers have not yet found the perfect material composition”

The researchers from Israel mixed the cells with a hydrogel. A 3D printer then used the resulting heart muscle and blood vessel gels to build up the mini-organ layer by layer. But the researchers have not produced a beating heart yet – their creation cannot contract. “There has already been excellent success with growing individual tissues from patient cells, for example skin transplants,” said Ertürk, a tissue engineering specialist. But the right “blueprint” for recreating the mechanisms by which different functions of a complex organ interact is yet to be found.