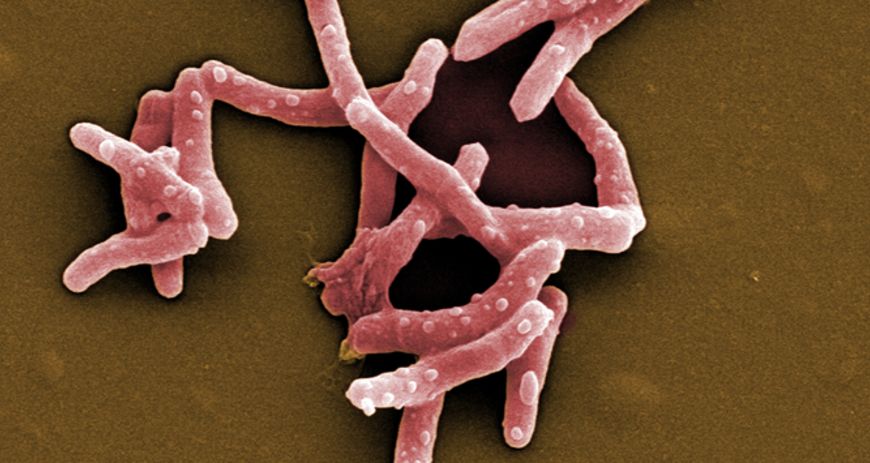 A disease on the rise

No infectious disease worldwide claims more victims than tuberculosis. It is capable of repeatedly developing new resistances against conventional therapies – and the only existing immunisation is not effective enough. Now, scientists are working on a new vaccine.

Statistics from the World Health Organisation WHO are shocking: In 2014, 1.5 million people died of tuberculosis, and, according to estimates, 9.6 million people have been newly infected. Particularly affected are countries in Africa, Eastern Europe and Central Asia.  In Germany, there were about 4,500 new cases in 2014. The bacterial pathogen of tuberculosis, Mycobacterium tuberculosis, is transmitted by airborne droplets and primarily attacks the lungs. Once the disease breaks out, those affected develop a cough with partially bloody discharge, night sweats, and fever. They grow increasingly weaker, and their strength declines. Tuberculosis is hence also defined as consumption. If it goes untreated or if treatment does not take effect, the disease is, for the most part, fatal.

“The problem that we have with tuberculosis today lies not only in the high number of cases; rather, it also involves the increasing rate of resistances,” says Bernd Eisele, Managing Director and Medical Director of the Vakzine Projekt Management GmbH (VPM), a spin-off of the Helmholtz Centre for Infection Research (HZI). “In countries with particularly high rates of infection, such as Ethiopia, Bangladesh, China or India, the situation is especially problematic. But even in Germany and Europe, there has been a clear increase in cases that involve pathogens that are resistant vis-à-vis conventional antibiotic therapies.”

For almost 100 years now, there has been one vaccine against tuberculosis, the so-called BCG vaccine. In Germany, since 1998, this has no longer been recommended by the Standing Committee on Vaccination. It is only effective for infants under the age of three. “For adolescents and adults, who are the main transmitters of the highly contagious pulmonary tuberculosis, it does not take effect to a sufficient degree,” says Eisele. “Pulmonary tuberculosis is, however, the strain of the disease type that occurs most frequently, and it is definitively responsible for contamination and dissemination of tuberculosis.”

And this is precisely where the tuberculosis vaccine VPM1002 comes in. The team working under Stefan H. E. Kaufmann, Founding Director of the Max Planck Institute for Infection Biology, has designed the scientific concept for the new vaccine candidate. In close scientific collaboration with the working group under Carlos Guzmàn, Director of the Department Vaccinology at the HZI, the vaccine has been brought up to current standards. “The original BCG vaccine was genetically modified and redeveloped in such a way that it activates the immune system to a very high degree and triggers an intensified immune response. After vaccination with VPM1002, the immune system should be better equipped against tuberculosis infection and be able to successfully fight off the pathogens,” explains Eisele.

Currently, VPM1002 is still in the clinical-trial phase and is being tested in two entirely different risk groups. First, adults who have previously survived infection from tuberculosis frequently come down with the disease a second time, and the vaccination is meant to prevent a new infection. The second risk group consists of babies born to HIV-positive mothers. They have an extremely weak immune system and a ten-fold increased risk of being infected with tuberculosis. The BCG vaccine approved for children is not recommended for these children, since it can generate severe side effects for them. “Children born to HIV-positive mothers are in urgent need of a safe vaccine against tuberculosis,” says Leander Grode, Chief Scientific Officer at VPM. “Initial study results indicate with confidence that we could be on the right track here with VPM1002.”

A new and effective tuberculosis vaccine could bring about a significant decline in the number of fatalities and new infections. At the same time, the problems involving resistant tuberculosis pathogens would solve themselves over the long-term. This is because those who, due to a previous vaccination, never become infected with tuberculosis in the first place, cannot have a problem with resistant pathogens. Eisele: “The studies are not yet in progress, but we are confident that, in terms of effectiveness and safety, VPM1002 will deliver on its promise. We hope that the vaccine can be approved soon, maybe even as early as 2018.” Making consumption finally disappear would be a piece of very good news.