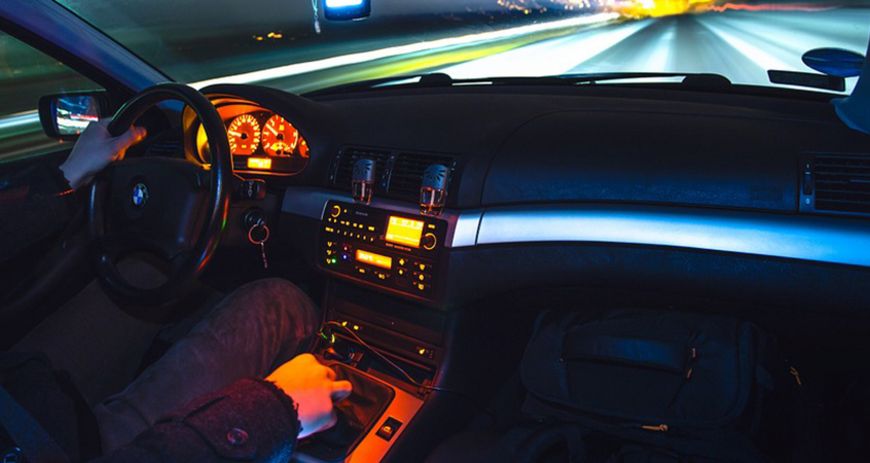 Drive systems of the future

Conventional fuels such as diesel and petrol emit too many pollutants and damage the climate. Most energy researchers are convinced that they no longer have a future. But what technology will be under the hood in the future?

In 50 years there will be no more conventional petrol and diesel fuel. All vehicles with combustion engines will then use regenerative fuels," says Thomas Koch. He heads the Institute for Piston Engines at the Karlsruhe Institute of Technology (KIT) and conducts research on alternatives to conventional fuels. He is focusing on synthetic fuels. These fuels are mainly produced from hydrogen, carbon dioxide and - to a lesser extent - biowaste or biogenic residues, for example from forestry and wood industry production, to replace petrol or diesel. But two other technologies are also competing to replace gasoline & Co and conquer the mass market in the future: the battery and the fuel cell. Electric motors with rechargeable batteries, in which the energy is stored, are already widespread. The more capacity the battery offers, the more kilometres can be covered in one go. Hydrogen as an energy carrier is also in the race: in a fuel cell, hydrogen and atmospheric oxygen react to form water, and in the process, electricity flows, which can be used.

Potentially, all three types of drive are emission-neutral - but only if all the electricity used comes from renewable sources. Energy efficiency will therefore become the decisive factor in tomorrow's mobility. "In this field, battery-powered vehicles are unbeatable," says Maximilian Fichtner, who heads the Helmholtz Institute for Battery Research in Ulm: "But as long as the power plants do not produce more electricity than needed, we must use the available energy as efficiently as possible.

"A medium-voltage grid must be established throughout Germany, enabling several thousand volts."

An instrument for calculating the efficiency of a drive is the "Well-to-Wheel" analysis. It shows how much output energy is ultimately converted into motion. This is what the auditing firm Pricewaterhouse Coopers (PwC) examined two years ago for all three technologies. Their findings: In the case of the electric vehicle, 70 percent of the energy generated and stored arrives at the wheel, 36 percent in the case of the fuel cell car and 11 percent in the case of vehicles powered by synthetic fuel.

In a second step, PwC calculated how much additional electricity would have to be produced in Germany if all registered cars with the same mileage were equipped with alternative drive systems: If they were powered by batteries, an additional 176 terawatt hours (TWh) of electricity would have to be generated. If all vehicles filled up with hydrogen, the energy requirement would rise by 344 TWh, and for synthetic fuels even by 1,079 TWh. These figures therefore conceal an immense challenge: according to the Federal Environment Agency, in 2018 around 17 percent of final energy consumption in Germany was provided by renewable energies, just under 428 TWh. More than half of this, 226 TWh, was accounted for by sustainable electricity production.

It is not possible - at least not at present - to rely solely on battery drive: the current batteries are not suitable for larger vehicles because their energy density is too low. "Electrifying even SUVs is a double-edged sword," says Maximilian Fichtner: "Anyone who argues with the environment in mind must understand: That's when batteries start to make no sense. On the one hand, the electricity for operation can be generated from renewable sources, and on the other hand, batteries for this class of vehicle are very heavy. They produce large amounts of CO2 during production and swallow many raw materials." That's why researchers are working on alternative batteries, for example made of solid materials such as ceramics or with environmentally friendly elements such as magnesium or sodium. However, these approaches are still in the laboratory phase.

The fuel cell also requires an expensive and scarce raw material: platinum. "About 20 grams for an SUV", says Ulf Groos. He heads the Fuel Cell Systems department at the Freiburg Fraunhofer Institute for Solar Energy Systems (ISE). "That is roughly twice the amount of platinum that a modern exhaust catalytic converter contains, which is then no longer necessary in fuel cell cars." But he is not only focusing on the development of fuel cells for passenger cars: "In the next five years we will see trucks, buses and trains powered by fuel cells." In Northern Germany, for example, two prototypes of a fuel cell train have been in operation since the fall of 2018. "The potential on the railways is great because about 40 percent of the rail network in Germany is not electrified," says Ulf Groos. Synthetic fuels are also suitable for the same purpose. "Diesel locomotives can be operated with them," says Thomas Koch. The KIT engine expert has been researching the "reFuels" project since the beginning of the year.

Its goal is to produce synthetic fuels with the help of renewable energies. Initially, however, Thomas Koch and his team are interested in a transitional strategy: By 2030, 15 to 20 percent of reFuels are to be added to the fuel of conventional combustion engines, thereby reducing emissions. As with batteries and fuel cells, there is also a debate on resources for synthetic fuels: "The regenerative part of biodiesel used to be obtained mainly from rape. There was a tank-or-dish debate," says Thomas Koch, alluding to the controversial question of whether agricultural land should only be used for food production or also for the production of power plants for mobility. "In the future, we will have to find alternative sources of carbon, possible are biogenic residues such as straw or the recycling of food leftovers and waste fats". The key advantage of his reFuels is that the vehicle population could be preserved. Only the liquid that is burned for propulsion changes. And: "Even if a combustion process continues to take place, we no longer have a particle problem thanks to modern filter systems," says Thomas Koch. Another argument in favor of the refuels is the existing infrastructure for refuelling. Filling stations, decentralized generation and logistics - nothing has to be changed.

"In the future we must find alternative sources of carbon."

However, for hydrogen or electric vehicles, the whole country will have to be covered by a new infrastructure, which will be very expensive. "A sufficient network of hydrogen filling stations would probably have to comprise 1,000 filling stations," says Ulf Groos from Fraunhofer ISE. According to the operator of the hydrogen infrastructure in Germany, 75 filling stations are currently in operation, but mainly in urban areas. By the end of the year, there should be 100. In addition, refuelling with a gaseous fuel is also very costly. "To ensure that the hydrogen flows quickly from the gas pump to the vehicle, the hydrogen is cooled to minus 40 degrees in the filling stations and compressed to 800 bar," says Ulf Groos. Although the user does not notice much of this, the procedure is technologically complex. Maximilian Fichtner is particularly critical of the efficiency, i.e. the ratio of the energy used to the usable energy: "If hydrogen is compressed for transport, a 20 percent loss in efficiency must be expected; if it is liquefied, the loss is as high as 50 percent. The costly refuelling process would result in a further considerable loss.

However, charging is also an obstacle to battery-powered mobility - despite private ade stations. "We have far too few quick-charge stations, especially for long-distance travel," he says. "For more power at the gas pumps, a medium-voltage network must be established throughout Germany that makes several thousand volts possible. Otherwise, travel will in future include half-hour charging stops." Last year, Research Centre Jülich calculated the costs of connecting both supply networks: If 20 million vehicles each had to be supplied in Germany - according to the Federal Motor Transport Authority, almost 57 million vehicles are currently licensed - the costs for an adequate infrastructure would amount to 40 billion euros for hydrogen vehicles and 51 billion euros for battery-powered ones.

"In the coming years we will see trucks, buses and trains powered by fuel cells."

However, the price of the technologies for consumers is also likely to be a decisive factor. The consultancy firm PwC has therefore compared the costs of fuel, maintenance and depreciation of vehicles with the different types of drive systems. Factors such as economies of scale, technological potential and likely efficiency gains were taken into account. The result: per 100 kilometres, the total operating costs for battery electric vehicles amount to 49.90 euros, for hydrogen-powered vehicles 55.50 euros and for cars with synthetic fuels 69.30 euros. The authors of the study also dare to take a look into the future, more precisely into the year 2030: Vehicles with synthetic fuels are to become cheaper at 64.40 euros, but remain the most expensive compared to the other two technologies.

The costs of the other drives are not expected to decrease. But which drive will now prevail? The three scientists are in astonishing agreement: none. Maximilian Fichtner, the battery researcher from Ulm, puts it this way: "We need a mobility mix. The battery can neither cover every form of mobility, nor does it make sense to use fuel cells or synthetic fuels to multiply the energy requirements of small vehicles". Ulf roos, the hydrogen expert, also sees it this way: "In 50 years, the fuel cell will be the absolute standard in trucks and buses. Trains will also run on it." Thomas Koch of KIT says: "Combustion engines allow mobility for all purses under all boundary conditions and at all times for everyone. The technology will therefore remain, only the fuel will change. Whether reFuels will prevail or hydrogen, that remains to be seen."

Was uns in Zukunft bewegt