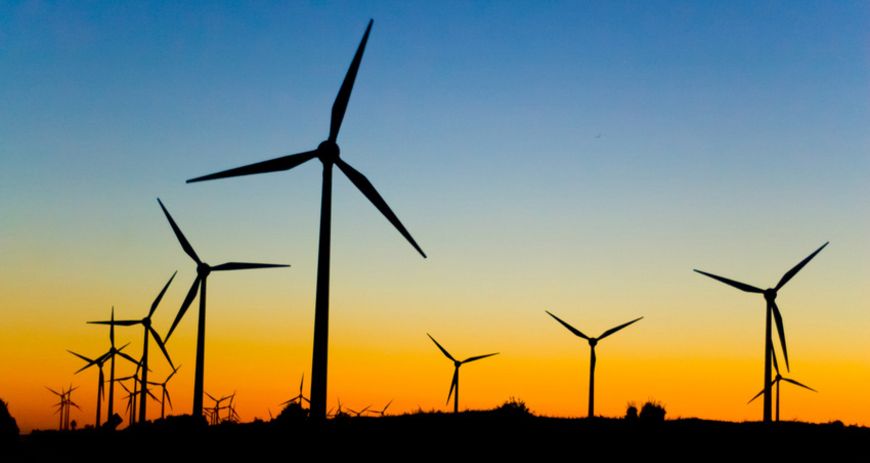 The EU is bidding farewell to binding targets for the expansion of renewable energy sources and the German grand coalition intends to cut back funding for green power. An interview with Paul Lehmann, environmental economist at the Helmholtz Centre for Environmental Research – UFZ, regarding the consequences

So far, the EU has stipulated binding targets for the reduction of greenhouse gases, the expansion of renewable energy sources and for the increase of energy efficiency - however, only for a period up until 2020. Now, the EU Commission has revealed plans for the time after that. In short: largely without commitment. A disappointment?

Until 2030, the EU intends to lower greenhouse gas emissions by 40 per cent compared to emissions in 1990. In the same period, the share of renewable energy sources in total consumption is planned to increase to 27 per cent; this target is to be made binding across the EU. But: in future, this target will now longer be broken down to individual countries. In other words, individual Member States can no longer be sanctioned. It remains entirely obscure what will happen, if countries fail to meet the given target. The target thus degenerates to be no more than a toothless tiger.

Why is a binding target so important?

I think that, in spite of a strong reduction target for greenhouse gas emissions, what is required are binding targets for the expansion of renewable energy sources. For even if we had a perfect emissions trading system, there would still remain plenty of other problems that would not even be touched by the sole focus on carbon dioxide. This starts with environmental problems that derive from the extraction and transport of fossil energy sources and ends with the problems encountered in the deposing of nuclear waste. These costs are not reflected in the electricity price. Thus, there is a lack of sufficiently strong incentives to change to renewable energy sources. Moreover, the emissions trade in its current configuration is only partly suitable for achieving the climate protection targets. A binding commitment towards expansion of renewable energy sources would provide a kind of reinsurance for achieving the climate protection targets. Thirdly, the energy technology market does not provide equal opportunities, since direct and indirect subventions for non-renewable energy sources have been effective in the past and continue to be effective to this day. Of course, abolition of subventions would create a greater degree of equal opportunities. Yet this does not seem a realistic option in my view. Given this background, one should provide funding also and in particular for renewable energy sources.

How do you rate the target of lowering carbon dioxide emissions by 40 per cent?

The target is good, even though not overly ambitious. The decisive question is whether and to what extent the upper limit for emissions trading will be toughened as early as today, the latest, however, after 2020. Negotiations concerning this matter remain to be done.

What is the reason behind the new reluctance in EU climate policy?

Uncompromising interests of the individual Member States. In part, this is historically determined. Poland, for instance, in wanting to protect its domestic coal industry and having no interest in promoting renewable energy sources on an EU level. Or the United Kingdom, having just now passed into law new subventions for nuclear energy, which, by the way, are higher than the subventions for renewable energy sources. Of course, these interests have played a large part in negotiations at EU level. Just as have the efforts of the lobbyists for the major electricity corporations and employers. On balance, everybody agreed on climate protection targets, but no further step was made towards the sustainability of energy generation.

Let's leave the EU level and address the energy transition in Germany: Economics Minister Sigmar Gabriel has submitted plans for the reform of the Renewable Energy Sources Act (Erneuerbare Energien Gesetz - EEG). Does this head in the right direction, do you think?

Reform of this act surely makes sense and it is good that the new government addresses this reform so swiftly. Likewise, the lowering of funding rates makes sense, for the costs for renewable energy technologies have decreased, which must be reflected also in the funding rates. However, these suggestions are too strongly focused on the costs of the energy transition. Here, one has to take into consideration that the currently borne costs can only be lowered to a limited extent by now. A large part in this must be ascribed to past subsidies, which already have been granted in the past for periods of 20 years. These we will have to pay also in the future. The central question is how to distribute these costs relating to the energy transition in a fairer manner. This is achieved by the EEG reallocation charge and large swathes of the industry are exempt from this. The now submitted decisions contain nothing specific regarding a reform or review of these compensation regulations.

And beyond the issue of costs?

Indeed, money is not everything when it comes to the energy transition. Renewable energy sources have an ever increasing share in the electricity system. However, this large share fluctuates relatively strongly, since wind does not always blow and the sun does not always shine with the same intensity. It is an important question how we deal with these fluctuations in the electricity system. Moreover, the expansion of renewable energy sources and the related expansion of the grid increasingly cause ecological and social problems. As yet, there are no concrete plans for solving these.

Dr Paul Lehmann is an environmental economist at the Helmholtz Centre for Environmental Research – UFZ in Leipzig. He devotes himself in particular to the evaluation of eco-political instruments in the fields of climate, energy, water and agricultural policy.