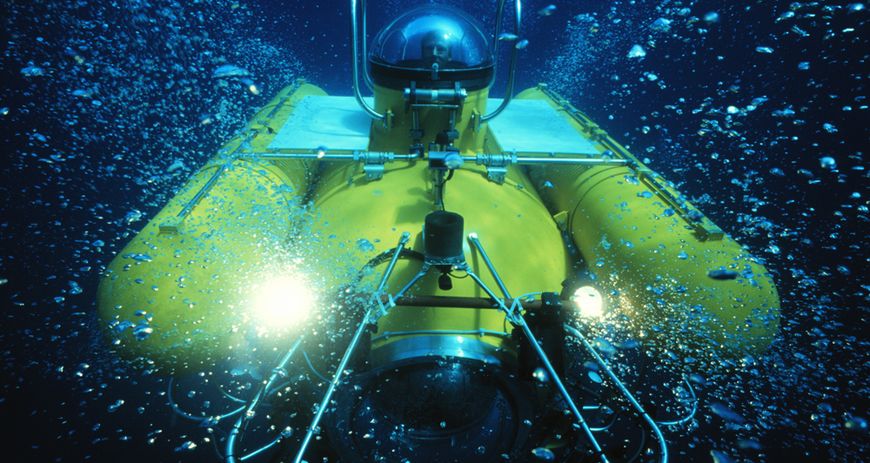 The workplace with the highest pressure

When Jürgen Schauer and his colleagues dive in the sea to 400 meters, weighs on their workplace a pressure of about 40 bar - that's 40 times more than at the surface. JAGO is Germany's only manned research submarine, which is as big as a small car

When Jürgen Schauer and his colleagues descend in the ocean to 400 metres depth, their workplace withstands a pressure of approximately 40 bar – this is 40 times more than the pressure at surface level. JAGO is the name of Germany's only manned research submersible and it is as large as a small car. Scientists use it to explore environmental conditions and communities in the Earth's oceans. With an hydraulic manipulator arm, the crew can take samples at sites that often have never before been visited by man; the samples are brought to the surface in a basket.

For communication with the surface research vessel, the scientists use a hydrophone, speaking at similar frequencies through the water as do whales. To avoid loosing JAGO, the supply ship follows its course by way of a positioning system. The submersible of designer and pilot Jürgen Schauer, employee at the GEOMAR Helmholtz Centre for Ocean Research Kiel, has been deployed internationally already more than 1,200 times.

The submersible derives its name from a shark species that lives in 400 metres depth: the depth to which JAGO can descend.

For comparison: In 2012, film director James Cameron descended to 10,898 metres depth in the Mariana Trench in the western Pacific Ocean aboard the Deepsea Challenger. The depth record for unmanned submersibles is held by Kaiko, a remote controlled Japanese research robot, which in 1995 descended down to 11,034 metres to the deepest known part of the Earth's oceans in the Mariana Trench.