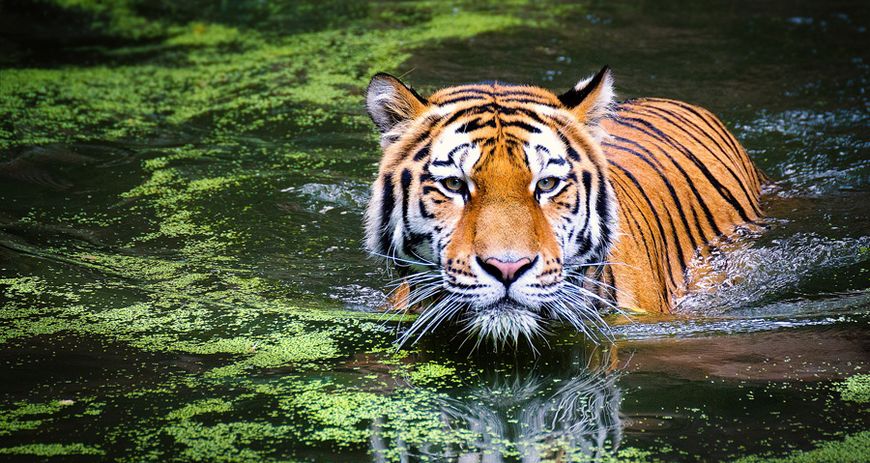 Every year thousands of animal and plant species become extinct; now a world panel of renowned biodiversity scientists, the IPBES, wants to change that. This group of scientists is identifying ways in which the decline in biodiversity might be stopped.

From the Amur tiger and the Asian elephant to arnica – from A to Z, the list of threatened or endangered animal and plant species around the globe is long, currently containing more than 25,000 different species. Assuring their survival is one of the tasks the World Biodiversity Panel IPBES (Inter-Governmental Science-Policy Platform on Biodiversity and Ecosystem Services) has set for itself. Comparable to the IPCC (Intergovernmental Panel on Climate Change) in the area of climate protection, the IPBES brings together the most important international scientists involved in research on maintaining biodiversity. When this panel speaks out, a word from these scientists carries a lot of weight. In reports on the current situation and on the significance of biodiversity and ecosystem services in America, Africa, Asia/Pacific, and Europe/Central Asia, as well as generally on the subject of land degradation, more than 550 authors from over 100 countries evaluated several thousand studies over a period of three years. In the process, they compiled the latest and most significant research data available anywhere today. The overall result looks grim indeed, as shown in a recent presentation by the IPBES experts in Medellin, Colombia’s second largest city, with more than 2.5 million inhabitants. The IPBES findings: Biological diversity is in decline all over the world. For instance, in the United States it has declined by 31% since the 15th Century; 71% of fish species have become extinct in Europe/Central Asia, and 87% of wetlands have been lost since the beginning of the modern era. ‘We have to react in order to stop and reverse this unsustainable approach to nature’, concludes IPBES Chairman Robert Watson.

The decline in biodiversity has a detrimental effect on humans too because biodiversity creates services that are actively utilized by man. Dr. Matthias Schröter of the Helmholtz-Umweltforschungszentrum (Centre for Environmental Research) carries out research into ecosystem services. He was the lead author of the regional report on Europe/Central Asia. ‘We have noticed that, since 1960, eight out of 18 ecosystem services investigated, such as pollination, drinking water purification, and protection against erosion and flooding, have substantially decreased’, explains the landscape ecologist. For example, it is almost impossible for humans to compensate for failing pollination by insects in particular. However, there are also some ecosystem services that have increased. These include the production of agricultural goods, livestock husbandry, and the harvesting of timber from forests.

The IPBES authors have also documented that the human population in Europe and Central Asia uses more renewable natural resources than are actually produced in these regions. The yard stick for this is the ecological footprint. ‘Each inhabitant in Western Europe uses 5.1 hectares for the services provided by nature when in fact only 2.2 hectares are available per person’, says Dr. Jennifer Hauck, who works as a scientist at the UFZ’s Department of Environmental Politics and for the CoKnow consultancy firm. She was the coordinating lead author for the regional report on Europe/Central Asia. Man is over-utilizing the land and importing food and feedstocks from places like the US and Brazil, damaging the natural environment of other geographical regions. ‘This means that people in Europe are living at the expense of those in other parts of the world’, says Hauck.

At the same time, however, expert reports suggest that there are indeed other potential ways of halting negative trends in biodiversity. ‘We know that climate change, land utilization, pollution, and invasive species are the main drivers of this development‘, says Schröter. Possible ways of counteracting this include reducing food wastage, designating more nature reserves, and preventing the release of pollutants into the environment. Jennifer Hauck is of the opinion that ‘The IPBES reports provide policy-makers with a number of options that could be implemented in order to introduce societal changes’. The most effective of these would be long-term social transformation, i.e. behavior modification that could potentially be introduced through education, the exchange of knowledge, or through greater involvement of the population in decision-making processes. Dr. Hauck believes that ‘This could lead to the required change in paradigm’.

The IPBES reports can be found here.