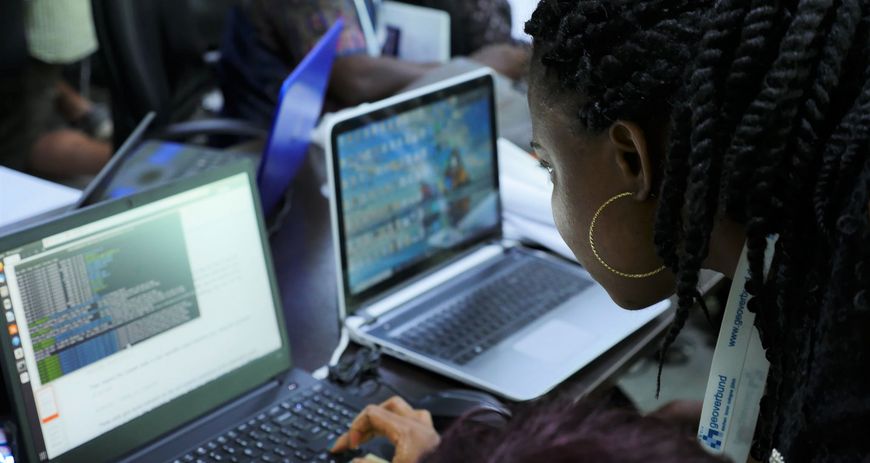 On either side of the Mediterranean

The exchange of knowledge between Europe and Africa has previously been a one-way street – from north to south. A geoscience project now shows that traffic in the opposite direction also makes good sense.

The main aim of PASCAL, the Pan-African Soil Challenge, is to support Africa in developing secure and sustainable food production in the face of population explosion and climate change. More specifically, the project is using supercomputers to model simulations of the interactions between soil, water, and air in order, for example, to use this information to be able to plan field cultivation to achieve higher yields – especially in view of predicted climate change.

However, handling the relevant software and data volumes at supercomputer level is something that requires training. The Geoverbund ABC/J network, whose coordination office is based at Forschungszentrum Jülich (FZJ), runs a training course on the subject each fall in conjunction with the HPSC TerrSys center of excellence. But geoscience experts from South America or indeed Africa can hardly afford to travel that far for training. “So, the idea was to take the course to them. At the same time, we presented Germany as a key location for science,” explains Daniel Felten, who coordinates the Geoverbund network and the project.

Felten and his colleagues planned this training course in Accra, the capital of Ghana, for a year before it was launched in November 2018 – when it proved very popular. “We offered around 30 places and received 183 applications,” says Felten. In the end, 28 people from nine African countries took part. Students from Nigeria even endured an uncomfortable, eight-hour journey by bus to attend. They wanted to learn to forecast and analyze the environmental conditions for certain arable crops, such as corn, in a systematic way and with the support of computers. In Accra, they learned what can and cannot be deduced from the available data.

And the team is set on repeating the project. “Our strategy for Africa includes the concept of training courses in alternating African countries, so that geosoftware skills can be passed on more widely in these countries, and Germany can be introduced to more people as a possible collaborative partner. The planned Africa Day in the second half of 2019 is also a step in this direction.”

Science in Africa still tends to be comparatively descriptive, with less focus on analysis and even less on developing strategies from the results of analysis. “We want to provide knowledge of how to go about this.” Some participants in this year’s course have already shown interest in applying for specific doctoral positions in Jülich and made appropriate contacts. This is just one example of the real back and forth advocated by Felten and the Geoverbund network in terms of knowledge transfer.

At the same time, Felten believes the German scientific community would be well advised to learn more from Africa. “In our proposal for PASCAL, we outlined, for example, how the project would make a contribution to supporting secure and sustainable food production. We felt that security and sustainability were equally important.” In light of his experiences in Accra, Felten now calls this view “typically European”: From its strong position in terms of food supply, Europe can afford to think about sustainability.

On the other hand, although Ghana is a comparatively highly developed African country, he says that the priority there is to have enough food. Security is therefore of much greater importance, and sustainability should, for the time being, be seen as a side issue – with the emphasis on “for the time being.” “I’m not saying that this aspect should be neglected. There’s just no need to repeat mistakes.” In view of these ideas, Felten believes we need to listen more carefully to gain a better understanding of precisely where the problems lie. “Then our knowledge will be of even greater benefit on the ground.”

A further step would be to move from teaching about the tools to their direct application, so that the software really benefits food supply planning in African countries. This requires first returning to the computer program itself. At the moment, it works on the basis of European reference data. This can be compiled by the experts in Germany, but the fundamental data needed for this must come from Africa. “Africa will become increasingly important. Not least because it is estimated that 40 percent of the world’s population will live there by 2100,” states Felten in support of his argument. Therefore, his plea – not restricted to the scientific community – is that: “It’s time to turn off the one-way street and switch to two-lane traffic.”