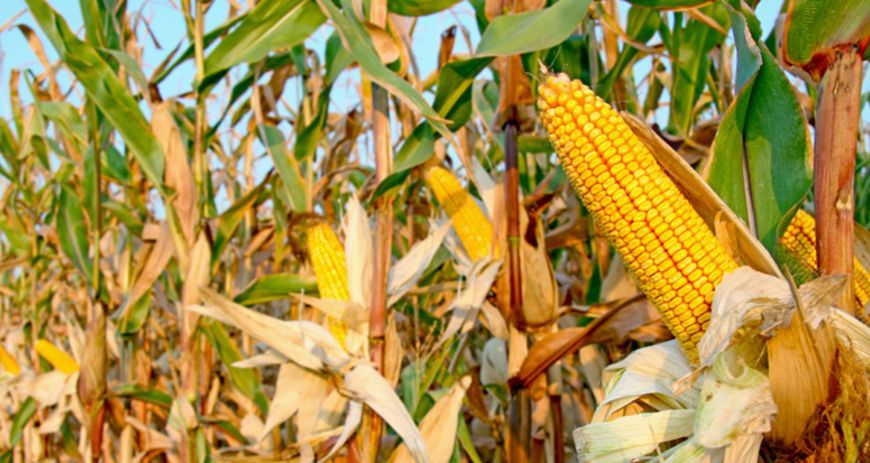 As long as it concerns medical progress, hardly anybody has anything against genetic engineering. Conversely, what ends up on our plates should be free of genetically-modified DNA. Insights into the debate between scientists and their critics.

Insights into the debate between scientists and their critics. The headlines were clear: “Yes, genetically modified organisms are toxic”, the headline read from the French newspaper Nouvel Observateur on 20 September 2012. In the ZDF news programme “Heute”, it was claimed on the same day concerning the same topic: “High risk of cancer due to genetically-modified corn”, and numerous media in Europe carried similar reports. A scientist from the University of Caen had published a study, according to which genetically-modified corn caused cancer in rats. To be sure, most expert colleagues quickly accused the researcher of serious scientific errors. But this information generated far fewer headlines. Perhaps this is because genetic engineering itself is under general suspicion both in public and in the media?

After all, 82 percent of citizens in Germany over 16 are worried about the application of genetic engineering in agriculture, according to a survey published by the German National Academy of Sciences Leopoldina and the Allensbach Institute in January 2015. Only ten percent make a positive association. In the same survey on the other hand, only seven percent claim to be familiar with genetic engineering in agriculture, while 56 percent frankly admit that they know hardly anything about it.

So, what exactly is that anyway – genetic engineering? Why do so many people in Germany reject this technology, when it is applied to corn, soy and other food crops? Yet, many other spheres of life not imaginable without genetic engineering – from paternity tests to vaccines produced by genetic engineering. Detectives have long considered genetic fingerprinting to be indispensable, as have doctors in reference to genetic diagnoses. Genetic engineering works with genetic material, i.e. the foundation of all life; on the basis of only four building blocks, genetic material supplies the construction plans for all organisms on the planet. The sequence of these building blocks, arranged in long strands, is translated according to a fixed code into the molecules of life – and this code is the same in every organism that has thus far been examined. Since the origin of life, that is, for the last three and a half billion years, huge diversity has developed based on this relatively simple foundation, from miniscule bacteria and other single-cell organisms to mosses, algae, grasses and trees to insects, worms, birds and mammals.

Genetic engineers can draw on unlimited resources and transfer, for example, genetic characteristics between organisms of different species. Since the code stays the same in all life forms, the information should remain intact. Thus, research scientists are able to equip bacteria with the genetic characteristic for human insulin. The microorganisms then produce this hormone, which subsequently can be administered as a drug for diabetes patients. Nature does exactly the same thing; it exchanges genetic characteristics between various bacteria, but also between bacteria and plants, viruses and mammals, as well as many other organisms. In 1978 the genetic engineer Paul Berg at Stanford University in California brought this procedure into the laboratory when he transferred a fragment of DNA from a rabbit to the cells of an ape. The information functioned there just like before; the ape cells produced a protein that previously only the rabbit cells had been able to produce. A new science arose – genetic engineering.

It wasn’t even a decade later that this technology began saving human life on a large scale. Until then, insulin for diabetes patients was extracted from the pancreas of cows and pigs. There were continuous problems, because one building block from the pig insulin deviates from human insulin; with cow insulin, as many as three building blocks differed. These differences led to the fact that quite a few patients – in Germany alone more than 500,000 people suffer from type-1 diabetes – could not tolerate this insulin from the slaughterhouse. However they were reliant on this, because their bodies no longer produced the hormone. Genetic engineers transferred, already in 1979, the genetic information for human insulin to bacteria and yeast, which then produced the hormone. In the year 1987, this human insulin obtained for the first time regulatory approval as a drug.

Further success stories soon followed: in 1991 the human growth hormone Somatatropin arrived on the market, with which 100,000 Germans with underproduction of this substance were able to attain normal body size. The active agent had previously been obtained from the bodies of the deceased; the Creutzfeldt-Jakob disease was transmitted in a few cases thereby, which destroys the brain of the affected individual. Since 1993, a blood coagulation factor that was produced through genetic modification is available for about 8,000 haemophiliacs in Germany. Human DNAse, approved since 1994, has enabled 6,000 to 8,000 children who suffer from cystic fibrosis to breathe easier. Erythropoetin is helping about 60,000 patients with kidney failure – the list of substances produced through genetic modification is getting longer every year – and not only in the field of medicine. These successes are now so self-evident in our everyday lives that the media hardly reports on them anymore.

But it’s a completely different story when genetic engineering is applied in the field. When the DNA of corn or cotton is modified so that the plants can repel harmful insects, or even more improved, can better deal with herbicides, environmental associations such as Greenpeace and BUND are up in arms against it. They are afraid of incalculable risks. The EU allows cultivation of a few genetically modified plant species. But Member Nations are supposed to be granted the possibility of prohibiting this cultivation by means of a withdrawal clause. Whether in Germany there will be a nation-wide regulation for this, or the Federal Government will leave the decision to the States, is not yet clear. One of the approved transgenic plants is corn; genetic engineers have thus integrated genetic information from a bacterium into corn plants. This causes corn to produce an active substance that destroys the intestinal tract of insects, but does not injure mammals and birds. This helps in the war against a pest named European corn borer, which is an insect. But of course now there is genetic information from a bacterium in corn that doesn’t belong there. “The promises – of obtaining increased yields and decreased chemicals on the field through genetically modified plants – have not been fulfilled”, says Martha Mertens, spokesperson for the genetic engineering work group at ‘BUND’ (Friends of the Earth Germany). Considerably more herbicides would be deployed, and the diversity of species in the agricultural landscape is being reduced further. Mertens: “When all is said and done, they also endanger our health, since, in addition to the planned new characteristics, unexpected effects can appear that compromise the safety of the products fabricated thereby.”

Reinhard Pröls is aware of these arguments. He conducts research at the Technical University of Munich concerning plant diseases. There was a similar form of distrust, he says, in the beginning vis-à-vis genetic engineering in medicine: “For ethical reasons, however, the new products prevailed in the course of time because the patients had obvious advantages.”

Such advantages can also be found with genetically modified plants. “If growers apply biotechnological procedures, they are able to develop new varieties considerably quicker and more purposefully than with conventional methods”, says Pröls. The farmers will also be able to reduce their workload, when, for example, it is not necessary to apply insecticides, because a genetically modified variety defends itself against such pests. But consumers in the supermarket see little of these advantages. Environmental organisations object that genetically modified varieties can definitely harbour risks. However, they are overlooking the fact here that precisely these species boundaries are obviously exceeded not infrequently in nature as well. Thus, about eight percent of the human DNA originally comes from a virus group that includes, for example, the AIDS pathogen HIV.

After a while, on plants with genetically modified pest repellent, pests frequently appear upon which the active substance no longer has an effect. “This occurs not only with genetically modified plants; rather, it also takes place with implementation in conventional agriculture”, says Reinhard Pröls. But why is ‘green’ genetic modification so adamantly rejected? In the context of a larger project dealing with this topic, the researcher had a hunch that different worldviews could be a reason for this: “Many people imagine nature as being intact, and they want to preserve it”, Pröls summarises the worldview of many critics. Natural scientists however know that a farmer who uses a horse and cart to till the soil is by no means working naturally; in reality, a primeval forest should be growing there, which was already cleared by the first farmers many millennia ago. And the DNA of the barley as well, which Reinhard Pröls is researching, has changed considerably in the course of these millennia, in that farmers cultivated today’s grain from natural wild grasses. “Since the time when he invented agriculture, man has severely interfered with nature”, says Reinhard Pröls. Thus, genetic engineering has not really introduced anything new.

This text is an article from our magazine Helmholtz Perspectiven, issue March/April 2015

Genetic engineering is being commercially applied today in different fields that often times overlap. In order to differentiate, colours are used with which the fields can be conceptually demarcated from one another:

Green genetic engineering refers to the green colour of plants that are modified and cultivated. This typically involves agricultural plants – the advantage is not, or hardly, apparent for the consumer, at least in highly developed societies.  That is most likely the reason that this area is steeped in heated debate – green technology carries a negative image in large areas of the population.

White genetic engineering is the term for industrial processes that implement modified enzymes, cells or microorganisms in the production of industrial chemicals or drugs such as insulin. This area is seldom discussed in public.

Blue genetic engineering makes use of genetic material from microorganisms that live under extreme conditions such as high pressure and high temperatures, e.g. the ocean floor next to underwater volcanoes.  The particularly durable proteins are intended to improve industrial processes that frequently transpire under similarly extreme conditions.

Gray genetic engineering has to do with purification of water, soils and air. There is for example a genetically modified poplar tree that can absorb heavy metals and pesticides, thus contributing to the rehabilitation of contamination in soils. Similar to blue genetic engineering, the gray as well is viewed more positively in public opinion.