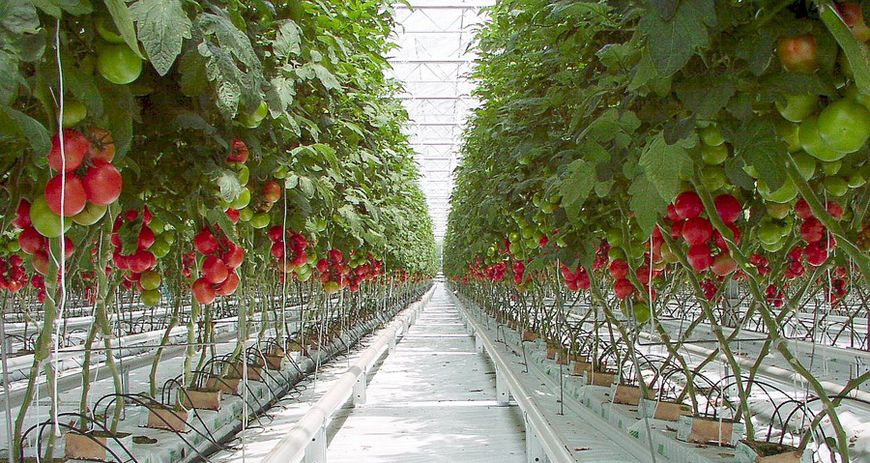 Drip irrigation is a very effective irrigation method and is now used in 75 percent of agricultural land in Israel. Image: Goldlocki, CC-BY-SA 3.0

Water is scarce in the Middle East. But Israel has made a virtue of necessity despite its lack of this resource. The country is now a world leader in seawater desalination, water recycling, and smart irrigation technology.

The desert is alive- we know that. But many people might be surprised to learn that it has recently become home to barramundi, a large species of sea bass that can grow to a length of two meters and weigh up to 60 kilograms, as well as carp and even shrimp. This has long been the case in the Negev, however. It all started thanks to hydrologist Arie Issar, who came across brackish water at a depth of 600 meters during drilling operations near the Dead Sea in the 1970s. According to estimates, a total of 200 billion cubic meters of water are to be found there—which is actually enough to supply Israel’s population of around nine million people with water for decades to come. However, its high salinity—brackish water contains approximately one tenth of the salt found in seawater—makes it quite undrinkable for humans. And this is where the fish come into play, as they thrive and proliferate rapidly in these conditions.

The aquacultures in the Negev are a prime example of how efficiently Israel handles water—one of the scarcest resources there. Water from deep below the surface is used not only for fish farming but also for a wide range of other purposes as part of a circular system. This is also the approach used in Mashabei Sadeh, a kibbutz located 25 kilometers to the south of Beersheba that is home to one of more than 20 fish farms in the region. Because the brackish water is warm—up to 40 degrees—when it is pumped to the surface, it is first used to heat the greenhouses in the kibbutz, which get quite cold at night. The water is then cooled to around 27 degrees and flows onward to the artificial fishponds before it is used to water olive groves and jojoba plantations. Used as fertilizer, the nutrients from the fish excrement yield particularly abundant harvests. Thanks to this approach, not a drop goes to waste. It enables the kibbutz to produce over 200 tons of barramundi each year, which are sold on markets around the world for up to 20 dollars per kilo. It’s a lucrative business that defies the arid desert conditions.

The flagship desalination facility is located in Sorek, just a few kilometers south of the Tel Aviv metropolitan area. It uses the reverse osmosis method, whereby salt is removed from water by exerting a high level of pressure to pump it through semi-permeable membranes. Covering an area of 100,000 square meters and delivering a capacity of 624,000 cubic meters each day, it’s the largest system of its kind in the world. Israel is known as a startup nation, so it’s no surprise that it has also become home to several new companies that promise completely new, high-tech solutions for its water problem. One example is TaKaDu, a company that has developed a technology to improve the identification of leaks in pipeline networks based on data analyses. This represents a crucial innovation for the dilapidated systems in many cities in the Middle East, where up to 70 percent of drinking water is lost in some cases.

As a result of this wealth of technologies, Israel is capable of handling its scarce water resources much more carefully than its neighbors, particularly Jordan. The Hashemite Kingdom, which is likewise located in a desert region, is facing a number of major problems. The infrastructure it uses to supply its rapidly growing population of over nine million people is outdated and inefficient; in addition to this, there are over a million refugees from countries like Syria and Iraq who also need water. At present, the availability of fresh water in the country falls significantly below the threshold for absolute scarcity at 145 cubic meters per person and year. For over ten years, the Leipzig-based Helmholtz Centre for Environmental Research (UFZ) has been actively working in the country to assist with the development of a decentralized wastewater management system and efforts to protect groundwater. But there are also cultural barriers to overcome. “Many people there see wastewater as unclean, which calls for a great deal of patience,” said Manfred van Afferden at the Diplomacy for Sustainability event in early June. This event was held at the Israeli Embassy in Berlin as part of the European Sustainable Development Week.