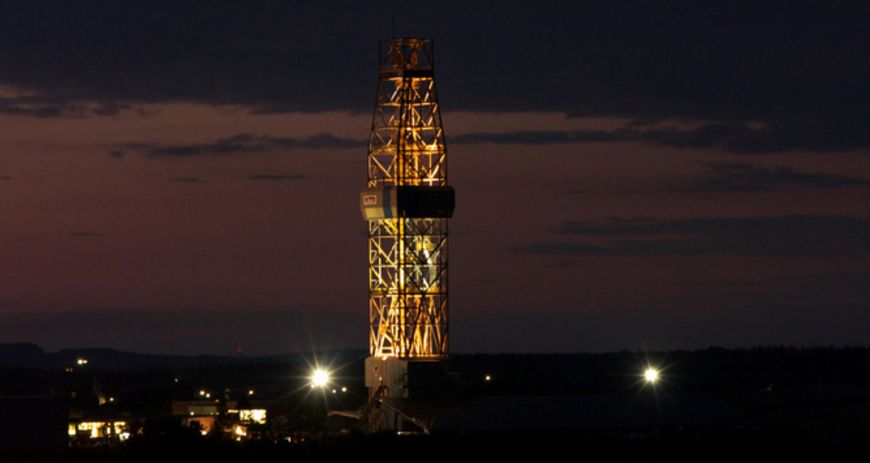 East of Nuremberg researchers have drilled a hole in the earth that is more than nine kilometers long. Today the shaft is mainly used as a test laboratory for measuring instruments

In the midst of rolling hills, meadows and fields, near the Bavarian city of Windischeschenbach, a steel drilling rig rises 83 metres into the sky. Below the drilling rig, geoscientists have drilled the world’s deepest borehole. It is over nine kilometres deep and is used as a test laboratory for geological experiments.

It took scientists four years of drilling to reach the impressive depth of exactly 9101 metres in 1994.  The borehole tapers as it goes deeper. It starts off at the surface with a diameter of 71 centimetres, decreasing to a mere 17 centimetres at the very bottom. With temperatures of up to 280 degrees Celsius and pressures of up to 940 bar, it is an extremely hostile environment down there.

The researchers use cable winches to lower measuring devices attached to a thick steel cable down into the borehole. The probes have to be capable of taking accurate measurements at extreme temperatures and pressures underground. “We therefore test and calibrate our technical equipment in Windischeschenbach before we go on expedition and work in new boreholes", said Ulrich Harms from the Helmholtz Centre Potsdam GFZ, the German Research Centre for Geosciences, which operates the infrastructure of the world’s deepest borehole.

Researchers are also developing new devices here, such as the highly sensitive seismometer that measures acoustic waves deep underground. In the next few days, the GFZ researchers will be using these sensors in a deep drill in Sweden. Working in an international team, they will be taking a closer look at the mountain-building processes set off by plate tectonics 400 million years ago. So, it’s a good thing that the geoscientists have already tested setting up the equipment and lowering it underground in Windischeschenbach. After all, nothing is allowed to fall down the borehole.

The deepest borehole in the world is also accessible to interested members of the public. The local environment centre (http://www.geozentrum-ktb.de) gives visitors and school groups a vivid insight into the history of our Earth.