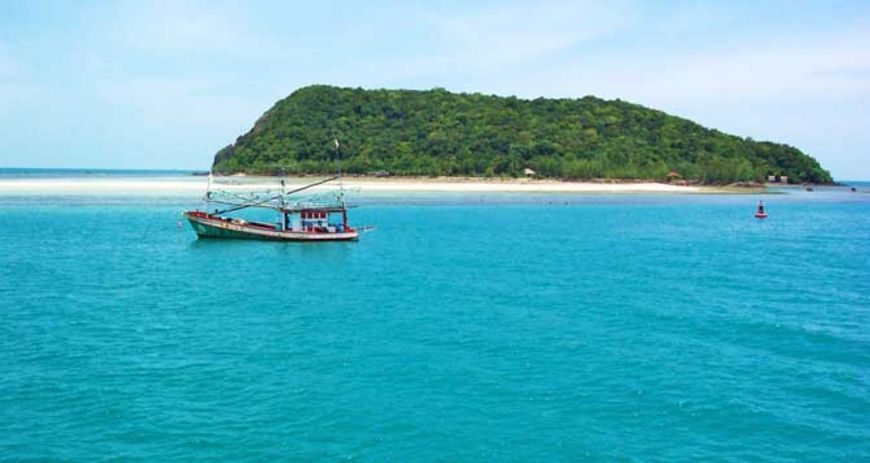 The oceans are in danger of collapsing

If we are not successful in significantly reducing worldwide CO2 emissions, marine biologists expect severe damage to the oceans' habitat. The economic consequences would also be clearly noticeable.

The world’s oceans are in urgent need of support. Only an immediate reduction in greenhouse gas emissions can avert considerable damage to the oceans and their inhabitants. The consequences also impact human beings, particularly in developing countries. This is the conclusion of the latest Review Study of the Ocean 2015 Initiative regarding the risks involved in global climate change. The study appeared recently in the renowned professional journal Science. More than 20 scientists worldwide, among them Hans-Otto Pörtner from the Alfred Wegener Institute (AWI), Helmholtz Centre for Polar and Marine Research, assessed scientific studies focusing on the risks of climate change from the point of view of marine research scientists.

The Ocean 2015 Initiative has taken on the goal of better informing the public, policymakers in particular, regarding the impact of global climate change upon the oceans of our world. It is being supported by the Prince Albert II of Monaco Foundation, the Ocean Acidification International Coordination Center of the International Atomic Energy Agency, the BNP Paribas Foundation, as well as the Monégasque Association for Ocean Acidification.

The oceans as giant buffer zones

Approximately 70% of the earth’s surface is covered by oceans. These bodies comprise the immense volume of 1.4 billion cubic kilometres of water. Since pre-industrial revolution times, the carbon dioxide concentration in our planet’s atmosphere has increased from 278 to 400 ppm (parts per million). This represents a rise of 40%, which has set in motion fundamental changes. “The world’s oceans have thus far functioned as a refrigerator and carbon dioxide reservoirs for the Earth. They have, for example, absorbed about 93 percent of the additional heat generated by the greenhouse effect and 30 percent of the manmade carbon-dioxide since the 1970s, and in this manner decelerated the warming of our planet”, says Hans-Otto Pörtner of the AWI.
These changes are measurable already today in terms of the rising water temperatures down to a depth of 700 metres. The oceans are not only getting warmer, they are also becoming more acidic. The more CO2 we have in our atmosphere, the more it is absorbed into the water, producing carbonic acid. The acid content in the oceans is therefore increasing and the oxygen content in various regions is decreasing. All three of these factors in the sum total are creating obvious ramifications for maritime fauna and flora.

The “less than 2 degrees” scenario

In order to answer the question, “what if”, scientists work with scenarios: the first one is based on the assumption that it would in fact be possible to reduce CO2 emissions to a point whereby the global increase in temperatures can be limited to under two degrees Celsius. In order to keep within this two degree limit, the greenhouse gas emissions measured in the time period between 1990 and 2050 worldwide would have to sink by 50% – and in the developed nations they would have to sink by 80 to 90 percent. The second scenario is based on the assumption: “We’ll just carry on with business as usual”.
The oceans’ capacity to take in further CO2 parallel to increasing CO2 emissions is declining. While under the “less than 2 percent” scenario, a diminished absorption capacity for CO2 by 22 percent is assumed for the 21st century, this would be reduced by 56 percent under the scenario of “We’ll just carry on with business as usual” – which would have as its consequence an acceleration of climate change and its negative impact on the world’s oceans.

But why was the two-degree goal selected? Couldn’t it just as well be three or four degrees in light of current complications? The two degree goal was initially a political determination that was derived on the basis of scientific findings concerning possible consequences of global warming. The forerunner here was the German government, and the European Union followed. Passage of the 194-member United Nations Framework Convention on Climate Change in 2010 serves as a significant milestone in worldwide acceptance of the two-degree goal.

With their current review, the scientists clearly present the vulnerability of maritime life as well as the danger that changes in the context of procrastinated action in climate policies could be irreversible. They also provide insights into possible social risks and economic disruptions. Thus, more likely the upper limit of tolerable conditions would be achieved through the two-degree limitation.

The research scientists have also, in addition to the ecological consequences, put economic repercussions under the microscope. Indeed, climate change does provide human beings with a few economic advantages such as those in the Arctic fishing industry. However, the disadvantages are considerably more serious as a whole. Predictions have been made that assume that commercial clam production in the British territorial waters will contract by 50 to 70 percent due to climatic effects, depending on which scenario occurs. For the “We’ll just carry on with business as usual” scenario, scientists assume that global economic damage to the clam and snail harvest due to acidification of the seas could come to approximately 100 billion US dollars by the year 2100.

Coral reefs are important for tourism. The worldwide tourist industry would incur annual losses of 1.9 billion US dollars as regards reef tourism under the two degree scenario and 12 billion US dollars under the “…business as usual” procedure. The climate change-related consequences along the Great Barrier Reef would amount to 5.7 billion Australian dollars annually just for Australia alone and this would be accompanied by a loss of 69,000 jobs. Acidification of the ocean is increasingly damaging the reefs. The subsequent economic costs worldwide could amount to approximately one trillion US dollars annually by the year 2100.

Research scientists have taken a close look at a total of six ecosystem services provided to human beings by the oceans: CO2 reservoir, coastal protection, fishing industry, aquaculture, tourism and health. Scientists have appraised future risks as being high to very high for all ecosystem services due to ocean acidification and warming under the “…business as usual” scenario. On the other hand, most changes would recede under the almost two degrees scenario, albeit moderately, even though negative impacts are currently coming to light, such as coastal protection and the fishing industry.

We need the oceans

Scientists participating in the study have, under the auspices of the Ocean Initiative 2015, provided the chief negotiators and decision makers for the next international climate conference COP21 in Paris in December 2015 with four clear messages:

With the increase in greenhouse gas concentrations in the atmosphere, the options for preservation and regeneration of the oceans as well as the opportunities for living creatures to adapt to the rapidly-approaching changes are diminishing.