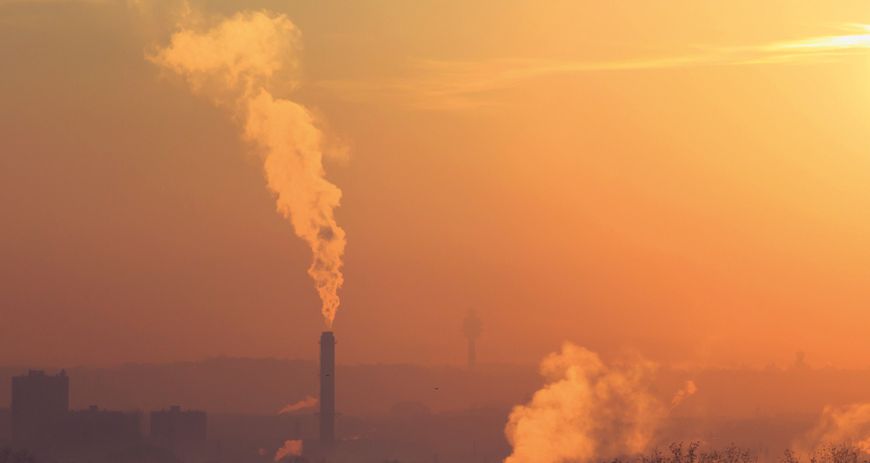 Something in the air

Air pollution and emission limits have become politically explosive issues. But what does good air actually consist of – and where do pollutants such as nitrogen oxides, ozone, or particulate matter come from?

Struggling along busy highways, through stuffy tunnels, surrounded by clouds of exhaust fumes from other vehicles – this doesn’t exactly sound like pure driving pleasure. But for Robert Wegener and his colleagues at Forschungszentrum Jülich it is part of their job. When they get into their small van crammed full of measuring equipment they are on the trail of air quality. With the help of their laboratory on wheels, the “MobiLab”, they hope to discover how nitrogen oxides, particulate matter, and other pollutants are distributed in cities.

The team from Jülich thus belongs to the group of Helmholtz researchers who provide data on a highly topical debate. The diesel scandal, driving restrictions, heated debates about emission limits: The topic of air pollution hit the headlines numerous times early this year. But what are these substances that can make breathing a health hazard? What should be in the air and what should not?

"There is no generally accepted definition of what clean air really is."

99 per cent of dry air is made up of two gases, namely nitrogen and oxygen. The remaining one per cent consists of numerous other constituents, including the noble gas argon, carbon dioxide, also known as one of the greenhouse gases, as well as so-called trace gases such as ozone, which sometimes only occur in extremely small concentrations. Solid and liquid particles also float around in the atmosphere without any human intervention. These range from desert dust, volcanic ash, and sea salt to pollen, bacteria, and fungal spores.

Added to this mixture are all the compounds human beings release, for example through combustion processes. It is not at all easy to estimate at what point this becomes pollution. “There is no generally accepted definition of what clean air really is,” says Marcel Langner from the German Environment Agency (Umweltbundesamt (UBA)) in Dessau. There, they follow the recommendations of the World Health Organization (WHO). It regularly determines guideline values for the well-known pollutants that should not be exceeded in the interests of health. These are based on all the currently available scientific studies on this subject by the WHO in collaboration with external bodies of experts. In the case of some substances such as nitrogen dioxide (NO2), one of the nitrogen oxides, these recommendations correspond to the emission limits that apply in the EU. In other cases, however, such as particulate matter for example, the WHO sets significantly stricter standards – and rightly so, according to many experts.

So just how polluted is the air in Germany really? "More than 650 permanent monitoring stations provide measurements on a national basis," says UBA expert Marcel Langner. In addition to these, there are special measuring systems for research purposes such as the MobiLab from Jülich. "The advantage of this is that we can also take readings while driving," says Robert Wegener. Even though this only gives a snapshot of the current situation, the rolling air analysis device registers a reading every second, whereas the permanently installed systems usually indicate the average figure for an hour. "We can therefore record very subtle differences in pollutant distribution," the researcher explains. He and his colleagues have been taking these kinds of measurements over recent years mainly in Stuttgart and Berlin.

Amongst other locations, the scientists concentrate on tunnels, since it is here that exhaust fumes build up, so the researchers can gain an impression of the pollutant emissions of the traffic as a whole. The emissions can vary significantly from day to day. This applies to the much discussed nitrogen oxides, for instance. The figures for nitrogen dioxide, a gas that can damage the airways and cardiovascular system, are particularly high on workdays. On weekends, when there are mainly only cars on the road, the Jülich researchers have recorded lower concentrations of this pollutant compared to carbon dioxide. "This shows that truck traffic accounts for a large part of this problem," says Robert Wegener.

The example of nitrogen dioxide reveals another problem with air pollution: The pollutants react with each other in the air, forming further problematic compounds. For example, ozone (O3), which is another respiratory irritant, does not come directly from exhaust pipes, but is formed from nitrogen oxides and volatile organic compounds (VOCs) under the influence of sunlight. In the past, both of these substances were released in large quantities by road traffic, often resulting in high ozone concentrations in cities in the summer. Nowadays the situation is different: Thanks to catalytic converters, nitrogen oxide and VOC emissions from gasoline-powered cars have decreased significantly since the 1990s. However, in the case of diesel vehicles, this decrease only applies to VOCs; their nitrogen oxide emissions have only been marginally reduced. "As regards the vehicle fleet as a whole, the relationship between these two precursors is therefore no longer conducive to ozone formation,"explains Robert Wegener. Nevertheless, if nitrogen oxide emissions from diesel vehicles are reduced in the future, this situation could paradoxically change, and ozone pollution would again increase.

"As far as health implications are concerned, particulate matter is now the number one problem in terms of air pollutants."

"That is not to say that we should leave nitrogen oxide emissions at the level they are at today, however," the Jülich researcher stresses. NO2 is also one of the gases that lead to the formation of particles as a result of chemical reactions and therefore push up concentrations of particulate matter. This kind of pollution has admittedly also decreased over the past 30 years – at least if you consider the quantity of particulate matter released. Instead, it is predominantly the very small particles that are emitted nowadays, and these are particularly harmful to the lungs and cardiovascular system. For this reason, many experts feel it is too early to give the all-clear in this respect. "As far as health implications are concerned, particulate matter is now the number one problem in terms of air pollutants," concludes Marcel Langner of UBA.

At this point, sources of air pollution other than road traffic also come into play. In reality, the formation of particulate matter is not only boosted by nitrogen oxides, but also by other air pollutants such as ammonia (NH3) – and ammonia emissions have seen virtually no reduction in recent years. The main source of ammonia is agriculture; especially fields fertilized with slurry.

Volker Matthias and his colleagues at the Helmholtz-Zentrum Geesthacht (HZG) have been examining how to tackle this issue. Using three-dimensional computer models, they simulate the meteorological and chemical processes that take place in the lower levels of the atmosphere. This allows them to calculate how the compounds released from various sources transform into other compounds, how they are transported, and where they finally end up. At the end of the process, the models not only produce maps of pollutant distribution; "We can also calculate the effect that certain measures have on air quality," says Volker Matthias. In the case of ammonia, the computer produced an unambiguous result: If emissions are to fall, a lot less meat must be produced in Germany.

The team from Geesthacht also scrutinizes numerous other sources of emissions. One of the researchers’ main focuses is shipping. For the North Sea, their modeling is based on innumerable details: The researchers establish how fast each individual ship travels, what engines power it, and the extent of its exhaust emissions. As a result, the scientists were able to calculate the quantities of nitrogen oxides, particulate matter, and other pollutants that ships emit in a year on the North Sea. Their conclusion: In the summer in particular, shipping is a wellspring of particulate emissions. The largest percentage of this pollution results from the chemical reactions between gases that cause particles to form.

But what happens when a ship is in port? After all, the engines continue to run, because cargo vessels need energy for refrigeration for example, and cruise ships have to maintain their hotel operations. The researchers have also developed a model for this based on surveys regarding the fuel consumption of around 200 ships. "According to the results, ports are also sources of pollution that certainly need to be taken very seriously," says Volker Matthias. For example, the port of Hamburg accounts for nearly one third of the nitrogen oxide emissions in the Hanseatic City of Hamburg. So it is not just the much discussed area of road traffic that causes poor air quality in Germany: A wide range of sources and chemical reactions contribute to air pollution. Hence, there are many areas that could be tweaked to ensure better air quality.

At the end of January 2019, the German Chancellor, Angela Merkel, asked the National Academy of Sciences Leopoldina to focus on the subject of limits for air pollution with regard to nitrogen oxides. The background to this was a debate taking place in the public eye and in the media on how meaningful the limits on nitrogen oxides are.

Statement on “Clean air – nitrogen oxide and particulate matter in the air: Basic principles and recommendations (in german)”