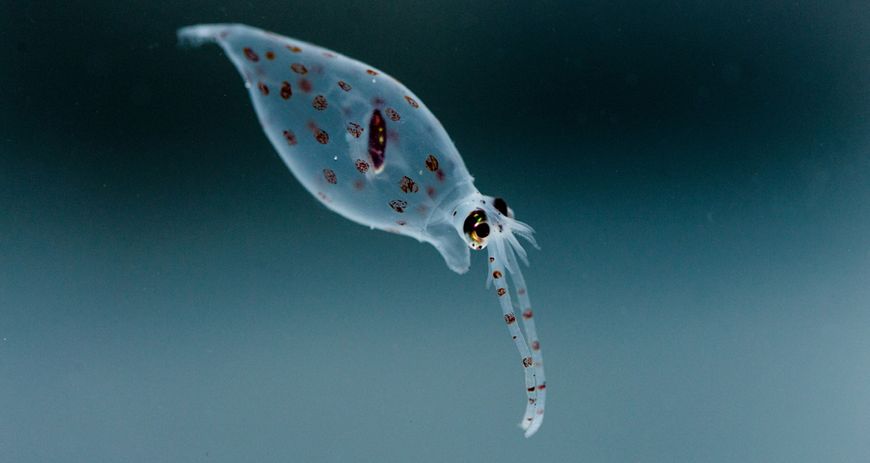 Biodiversity is crucial to the survival of humanity. But the latest report from the Intergovernmental Science-Policy Platform on Biodiversity and Ecosystem Services (IPBES) demonstrates just how far we are from using nature in a sustainable way.

If you happen to be traveling through the countryside this time of year, you’ll have the chance to experience nature in all its glory: Trees, bushes, and flowers are blossoming in every imaginable color, birds are singing, and butterflies are fluttering through the spring air. This lively scene appears to contradict the IPBES report, which states that the sixth mass extinction in Earth’s history has begun. But scientific findings leave no doubt that the diversity of species is rapidly declining. The rate at which species are becoming extinct is currently 10 to 100 times higher than at any other time in the last ten million years. Up to one million species out of a total of some eight million species of plants and animals—roughly one in ten—are threatened with extinction. However, this time it can’t be attributed to volcanic eruptions or asteroid impacts, but rather to a single species: Homo sapiens.

Compiled by some 450 experts (145 expert authors and 310 contributing authors) from more than 50 countries, the Global Assessment published by the IPBES provides a picture of the exact factors that are leading to the loss of species, the impact this is having on nature—including for us humans in particular—and a range of potential solutions. The Global Assessment has now been presented to the public in Paris.

“Humanity has a massive influence on the Earth’s ecosystems in many cases,” says Josef Settele of the Helmholtz Centre for Environmental Research – UFZ in Halle, Germany, and one of the three chairs of the Global Assessment. “The results are a loss of biodiversity and decreased resilience, which places ecosystem services such as the security of food supplies at risk around the world.”

The report’s authors list the five major drivers behind the loss of biodiversity for the first time. Humanity’s ever-increasing use of land and seas is the first culprit. The second major cause is the direct exploitation of organisms, such as intensive levels of cod fishing; climate change comes in third, pollution in fourth, and invasive alien species in fifth place. Key indirect factors include the world’s increasing population and higher per capita consumption of food and consumer goods as well as the destruction of nature that come with these.

Report also looks at the condition of oceans

It’s not just the land that is affected by this situation—the oceans are as well. Our oceans serve as a source of food, but they are also undergoing changes caused by structures such as port facilities and pipelines, mining, and oil production. Moreover, they are increasingly being “used” as garbage dumps, especially for plastics and the discharge of excess nutrients from agriculture. “Fifty percent of the world’s coral reefs have been lost since 1870, for example due to construction activities,” says Julian Gutt of the Alfred Wegener Institute, Helmholtz Centre for Polar and Marine Research (AWI) in Bremerhaven, Germany, and one of the report’s lead authors for the marine area. Gutt says that fishing is frequently carried out “in the red range,” as 33 percent of stocks are overfished and 60 percent are at their limit. “We need to find a way to use our oceans more sustainably,” he says. But he doesn’t think that radical approaches like foregoing the consumption of seafood or total bans are the way forward. “Two hundred million people make their living from fishing, and fish are the primary source of protein for a billion people,” says Gutt, describing the highly significant role oceans play in many people’s lives. “Benefiting from nature’s services isn’t morally objectionable, but we need to do so in a way that ensures ecosystems are maintained and are capable of supplying subsequent generations as well.”

Gutt believes that protected areas and catch quotas are appropriate measures that take the complexity of communities of species into consideration. “The fishing industry traditionally looks at how stocks are developing for a certain species and determines the quantities of fish that can be harvested in the coming years on that basis,” says Gutt, describing the standard procedure for managing stocks. “We need to arrive at an approach that is based on ecosystems.” He notes that such an approach would take climate change into account, for example, as well as modeling the growth of the algae and amphipods that young fish need for food. Only then, Gutt says, will we be able to determine which catch quotas are truly sustainable. “The models we need to do this are fairly complex and have yet to be fully developed—so researchers still have a lot of work to do.”

Josef Settele also sees significant gaps in current knowledge, but he is less inclined to think that these are in the fields of biology or geography. “The most significant gaps are in the social sciences. How can we switch to using natural resources in a sustainable way? How can we get citizens and decision makers in business and politics involved and convince them to support this goal?” he asks.

Settele says the report is an important step, and the 132 countries involved in its preparation are required to abide by it. The document will now serve as the basis for the Convention on Biological Diversity, or CBD. If the convention approves the core contents regarding the use of natural resources, the risks posed to biodiversity, and potential solutions, they will become more binding—similar to the reports published by the Intergovernmental Panel on Climate Change (IPCC), which provide the basis for the UNFCCC, or United Nations Framework Convention on Climate Change.

Nevertheless: “The recommendations on the sustainable use of farmland, forests, and marine areas are not enforceable,” Settele says. “But if society supports the goals of sustainability and protecting the diversity of species, it can also put corresponding pressure on policymakers,” the researcher says. “Academia can and must provide support and advice during this process so errors can be avoided, and the best options can be developed.”

Legally binding, international agreements similar to those which aim to reduce greenhouse gases also exist in the areas of biodiversity and sustainability. According to forecasts, there is little chance the goals in these agreements will be achieved. The report states that most of the so-called Aichi Biodiversity Targets for 2020 will probably not be met. Moreover, the UN’s Sustainable Development Goals (SDGs), which were set to be reached by 2030, will most likely not be met in a range of categories, including poverty, hunger, health, and water, due to negative environmental developments.

“Achieving the SDGs is an extremely difficult task. We’re not far from 2030, and even 2050 is relatively close,” says Almut Arneth of the Karlsruhe Institute of Technology (KIT), who served as one of the coordinating lead authors for the “Plausible futures” chapter of the IPBES report. Researchers there develop model calculations based on various assumptions relating to climate change, as well as demographic developments and eating habits. “It’s clear that land area and the volume of the oceans are limited, and competition to use them will be correspondingly fierce in the future as well,” Arneth says.

She notes there will be conflicts as to whether the finite amount of farmland available should be used to grow food such as grains, feeds like soy, or bioenergy crops like corn. “Germany already imports large quantities of feed from abroad because we don’t have enough space to grow it here,” Arneth explains. “This isn’t likely to change much in the future or at best will shift if more and more renewable resources are imported.”

In global terms, the researchers have identified two key parameters that could enable us to use nature in a more sustainable way: The world’s population needs to increase as slowly as possible, and the per capita consumption of meat—particularly from ruminants— needs to decrease in comparison to current rates in most industrial countries. “There are a wide range of other issues that need to be addressed as well,” says Arneth. “But I think it’s especially important for people to realize that our resources are truly limited and that there will be dire consequences if we don’t take steps soon to start using these resources effectively and only to the extent that future generations will be able to live well here too. Perhaps the report has the potential to contribute to these efforts.”

The IPBES (Intergovernmental Science-Policy Platform on Biodiversity and Ecosystem Services) is a United Nations organization based in Bonn, Germany, and is sometimes referred to as the “IPCC for biodiversity.” The reports issued by the IPBES are primarily intended for policymakers and often focus on a particular topic or region. The IPBES’ current report is global in scope, covering all of Earth’s ecosystems on land, in coastal areas, and in the open ocean apart from the Antarctic continent. Some 15,000 scientific and political publications were quoted in the Global Assessment and many more were systematically reviewed. The report also draws on indigenous and local knowledge. According to the IPBES, this is the most comprehensive report on the status of biodiversity and its significance for humanity that has been published thus far.