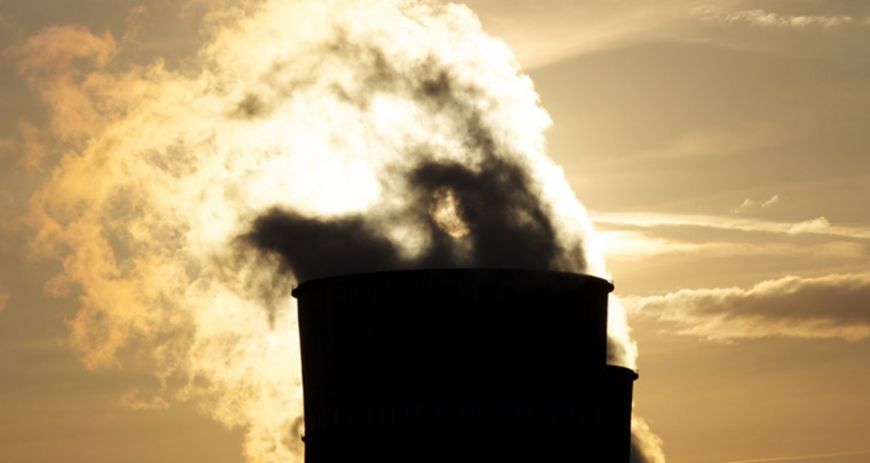 How to calculate emission rates?

Which country produces how much greenhouse gas? At the Climate Chance Conference in Lima, politicians will again negotiate the reduction of the annual emission rates. But where do those numbers come from? Who verifies them? A report

At the beginning of December, the time will have come again: the heads of state and government will meet for the World Climate Change Conference in Lima. Once again, the aim will be to negotiate binding targets for reducing greenhouse gas emissions. But first they will have to lay their cards on the table: which country emits how much CO2 and other greenhouse gases? Who is reducing their emissions? Who abides by the agreed targets and who does not? This will be followed by tough negotiations, which will focus also on the payment of billions. Yet where do those figures derive from, around which all this revolves? Who controls them?

I get in touch with the German Federal Environmental Agency – according to the German Wikipedia the "central environmental agency of the Federal Republic of Germany", which sounds promising. And indeed, I am put through to an expert who deals with the calculation of climate-damaging gases day by day. Seems I have hit the mark and this takes away the fear that climate researchers might be an elusive circle of privy councillors who do their work without providing the least bit of insight – because they manipulate numbers or need to hide other abuses. After all, conspiracy theories are very much in vogue at present. Instead, the man I am speaking to is talkative and helpful. I have the impression he is happy that at last somebody wants to know how greenhouse gas emissions are calculated. Michael Strogies is head of the working group "Emission Situation" at the Federal Environmental Agency and in that capacity one of the main authors of the "Submission under the United Nations Framework Convention on Climate Change and the Kyoto Protocol". This report is published annually by the Federal Environmental Agency by way of Germany's national emission inventory of greenhouse gases. About 1,000 pages, it records all emissions, from CO2 from the lignite-fired power plants to methane exhaled by mules. All other industry nations have to compile the same report. The Intergovernmental Panel on Climate Change (IPCC), or world's climate council, reviews and assesses these data reports.

The IPCC has also developed the mathematical methods providing the emission data. They provide the guidelines for those states under obligation to submit reports, so as to render the data sets comparable. "In Germany, the Federal Environmental Agency co-ordinates the entire emission survey process", Strogies explains. He sends me a list of links leading me to the guidelines as stipulated by the IPCC, the "IPCC Guidelines für National Greenhouse Gas Inventories" and "IPCC Good Practice Guidance".

For one full day I weed through the closely printed papers, which, before me, have been read by countless civil servants in their duty to compile emission reports for their governments. I now understand a little more after my autodidactic crash course. For example, that ten substances have to be listed by way of greenhouse gases, which include carbon dioxide, methane, chlorofluorocarbons, nitrous oxide and sulphur hexafluoride. And that the emission data has to be structured into several chapters according to the emission source, including energy generation, industrial processes, agriculture and waste management. There is hardly any field of society that is not harmful to the climate. My mind’s eye produces apocalyptic images. The smoke plumes from factory chimneys, the fumes from the car exhaust pipes, the effluvia from waste incineration plants – all mixed together to produce a huge, swirling, poisonous cloud. Which, of course, is nonsense. The emissions absorbed by the atmosphere are invisible. Yet the data triggers emotional fantasies, no matter how scientifically substantiated it may be.

Road traffic or the cement industry: the reporting bodies have to compile a differentiated data set for each of these sources. From this information, they derive the factors for the formula that is the be-all and end-all of global emission calculation. The activity rate of a source is multiplied by its emission factor. The result is the emission amount. Upon detecting this formula in the "IPCC Guidelines" it means as much to me as it would to an alien. So I call the Federal Environmental Agency a second time. A colleague of Mr Strogies promises to shed some light on the theory. One day later, I receive an email with an example from the field of German road traffic.

It is about the 2012 CO2 emissions of vehicles powered by fossil diesel fuel. This is how they are calculated: the activity rate is derived from the terajoule of combusted diesel fuel on domestic roads – about 500,000. The emission factor is set on the basis of the kilogram amount of CO2 emitted per terajoule fuel in diesel motors – that would be 74,000. These two values multiplied give the amount of emissions caused by diesel-fuelled cars: about 37 million tonnes.

Add to this the emissions from other types of vehicles and one gets the total amount of CO2 emissions from road traffic. In 2012, they amounted to about 146 million tonnes. The variables that provide the basis for calculating the other types of vehicles, that is, the activity rates and emission factors, are derived by the same method. Excited by the clearness of this method of calculation, I ask for another example from the domain of these data jugglers. In doing so, I target one of the largest CO2 sources ever: coal-fired power plants.

Here, the formula is as follows: the activity rate derives from information about the amount of coal that was burnt; the emission factor is calculated on the basis of data about the carbon content of the used fuels, depending on whether it is Lusatian lignite or black coal from the Ruhr region. These two values multiplied with each other give the total emissions.

In total, the 2012 greenhouse gas emissions in Germany amounted to 940 million tonnes, converted into carbon dioxide equivalents. This is 11 million tonnes more than in the previous year. Michael Strogies provides me with insights into his agency's work to give me an impression of the effort behind all these numbers. About 60 experts at the Federal Environmental Agency are involved in the emission reporting, including biologists, chemists, computer scientists and engineers. The data pool they use for their calculation models is fed by the surveys from other government agencies, mostly from the Federal Statistical Office and its federal state counterparts. Information is provided also by industrial associations. The Thünen Institute provides the agricultural emissions, originating, for example, from livestock farming. The raw material for the emission reports is provided by an alliance of government agencies, industry associations and research institutes also in other industrialised countries.

This co-operation seems to pay off at least in Germany. Strogies thinks it unlikely that sources of greenhouse gas emissions have been overlooked. The emission reports are regularly reviewed by international experts – a process stipulated by the IPCC. Strogies about the completeness of sources: "In the past years, the world's climate council has had nothing to complain about in this respect." So, as comprehensive this emission survey may be, it can be put into practice. Given a little time, one even understands the calculation methods – at least more or less.